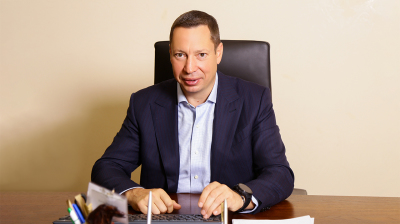 Ukraine’s parliament voted on July 16 to approve Kyrylo Shevchenko, the CEO of state-controlled Ukrgazbank, as the new governor of the National Bank of Ukraine (NBU).

Shevchenko will replace Yakiv Smoliy, who resigned as central bank governor on July 1, citing “systematic political pressure” on the bank that made it impossible for him to effectively carry out his duties. He later claimed that President Volodymyr Zelenskiy had put pressure on him to quit with the aim of installing a more “manageable” NBU governor.

Shevchenko’s nomination, submitted by the president, drew 332 votes, compared to 226 needed. Shevchenko has 25 years of experience in the banking and financial sector, spending the last five years as Ukrgazbank CEO. In remarks to the finance committee before he was nominated, Shevchenko said that his key priority will be to support the stability of the Ukrainian currency. He also told MPs that the key goal that President Volodymyr Zelenskiy set for him is to strengthen the institutional independence of the NBU.

"Unlike his predecessor Yakiv Smoliy, who specialised in banking IT, Shevchenko has more experience in finance itself," Alexander Paraschiy, an analyst at the Kyiv-based Concorde Capital brokerage, said in a research note. "This, as well as his deep management experience, could make him a more effective NBU governor.

"The key question, however, is in which spheres will Shevchenko direct his skills and knowledge, and whether he will be able to preserve the NBU’s independence from political pressure and desires of elites," he went on to say. "In particular, it’s not clear whether Shevchenko will be able to withstand expected pressure from the cabinet and the president to radically ease monetary policy, or even weaken the national currency.”

Smolii and the NBU had been under sustained attach by oligarch Ihor Kolomoisky, who has been trying to recover his PrivatBank that was nationalised in 2016 after it was found the former owners had drained it of $5.5bn using various fake loans and shell companies. There have been attacks on the person and property of former NBU governor Valeriya Gontareva. Smoliy's own harassment began in the autumn of 2017 when rallies were organised outside the NBU offices, including a funeral procession under his windows. Gontareva quit after a coffin containing a mannequin made up to look like her was delivered to the NBU’s doors.

Immediately after Smoliy announced his resignation, G7 country ambassadors to Ukraine tweeted a collective statement that a possible undermining of the role of the NBU “would be a big step back and jeopardise the credibility of and support for Ukraine's reforms”.

On July 14, IMF managing director Kristalina Georgieva placed a call with Zelenskiy to discuss her "concerns about the pressures being put on the National Bank of Ukraine (NBU)”.

Commenting on the new central bank governor, Tim Ash of Bluebay Asset Management said in a note on July 16 that reformers in Kyiv “generally don’t know where to place him”.

“Message is “guess it could have been worse, but let’s see where he stands on the key issues”,” Ash wrote.

Concerning the NBU’s independence, he continued, “So is Shevchenko going to put his neck on the line for the heroes at the NBU and call out intimidation and threats when he sees them? The softly spoken Smoliy did just that and as a result won the respect of NBU staff, the IMF and markets. Time will tell if Shevchenko walks the walk in central bank independence as well as doing the easy stuff and talking the talk. He looks set to take arguably the most difficult job in Ukraine. I wish him luck.”