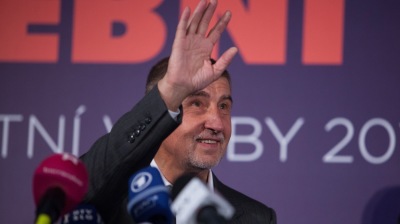 Czech Prime Minister Andrej Babis will remain on the list of the former Communist secret police StB agents in Slovakia, after a complaint he filed against the Slovak Republic with the European Court of Human Rights (ECHR) was rejected, Czech weekly Respekt reported on December 10.

The information was confirmed by Babis to the Czech News Agency a day later on December 11.

According to Respekt, the ECHR decided that the complaint was "unacceptable" in November.

Babis, who was born in Slovakia, appealed to the ECHR in June, arguing that his rights were violated during the proceedings before Slovak courts.

Back then he recorded a video with heart-breaking music, released on his Facebook page, appealing to Czech media "not to lie" about his involvement with the StB. “No, this is not an attack on public media. Just an appeal. The appeal and also a plea for journalists and politicians not to lie about my legal dispute over StB collaboration, which is, as you for sure know, untrue,” he said.

The prime minister tried to have his name removed from the Communist secret police list through Slovak courts after he entered top politics in the Czech Republic. He won the first instance proceedings, because the court took into account the testimony of former StB officers, who said either that Babis wasn't an agent or that they didn't remember anything.

Their statements were opposed by fragments of 12 StB volumes that include records on an agent 'Bures', a cover name for Babis since the beginning of cooperation recorded with StB. Slovakia´s courts decided that the name ´Bures´ will remain in records, noted Respekt.

“The ruling is now being studied by lawyers. The dispute won't end and will continue in Slovakia, where I've won several times in court but the Constitutional Court overturned this for incomprehensible reasons,” Babis told Blesk Zpravy online on December 11.

“The truth is on my side, and I'm convinced that I'll win the dispute because I've never signed up for any cooperation,” Babis added for the Czech News Agency.