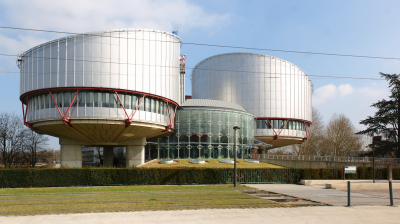 The European Court of Human Rights (ECHR) has ordered Bosnia & Herzegovina to remove an Orthodox church from the courtyard of a Bosniak woman who has survived the Srebrenica massacre, the ECHR said in a statement on October 1.

The church was built after the Srebrenica survivor Fata Orlovic was driven out by Bosnian Serbs during the 1992-1995 Bosnian war. 22 of her relatives were killed by the Serbs near Srebrenica. The verdict is final and binding.

The church was built in 1998 following expropriation proceedings in favour of the Drinjaca Serbian Orthodox Parish, but Orlovic and her family were never informed of those proceedings. Meanwhile, the family was granted full restitution under legislation allowing all war refugees to return to their homes. However, the area on which the church was built was not returned.

“[T]he Court noted that the applicants’ right to full restitution had been established in the decisions of 1999 and 2001 and that the authorities had been required to take practical steps to ensure enforcement. However, instead of implementing the decisions, the authorities had initially – in 2004 – done the opposite by effectively authorising the church to remain on the applicants’ land,” ECHR noted in its verdict.

“In the particular circumstances of the applicants’ case, the Court considered that the respondent State had to take all the necessary measures to ensure enforcement of the CRPC’s decision of 1999 and the Ministry for Refugees’ decision of 2001, including in particular the removal of the church from the applicants’ land, without further delay and at the latest within three months of this judgment becoming final,” it added.

Orlovic told Klix.ba she was happy with the court’s verdict, but added she did not want the church to be destroyed as it was a house of god, just its removal as it was built illegally on her land.

Nezir Pivic, Bosnia’s state-level deputy justice minister, said that the court’s verdict can be implemented immediately unless Bosnia files a claim against it.

More than 8,000 Bosniak men and boys were killed in the Srebrenica genocide.

Bosnia & Herzegovina, Serbia and Ukraine are unlikely to meet their 2020 renewables targets, while the situation in Albania, Kosovo and North Macedonia remains questionable due to the impact of ... more

The European Court of Human Rights ruled on October 29 that Bosnia & Herzegovina must amend its legislation to allow local elections to be held in Mostar after an 11-year ... more

The United Nations has called on Bosnia & Herzegovina to stop forcing migrants to settle at the unsafe camp of Vucjak near the border with Croatia, which was claimed to be unfit for humans, and ... more