EU signs off on a watered down ninth package of sanctions 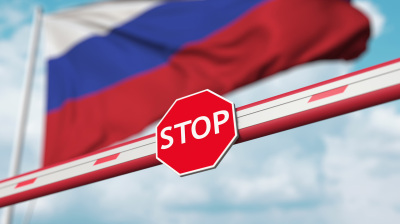 EU foreign ministers signed off on a watered down ninth package of sanctions on Russia at a late night session, but arguments continue. / bne IntelliNews
By Ben Aris in Berlin December 16, 2022

A watered down ninth package of sanctions against Russia was agreed at a late-night session of EU leaders on December 15 after very difficult discussions.

The package still needs to be formally adopted by EU foreign ministers, which is expected to happen by noon on December 16 and will come into force after it is published in the EU’s official journal.

The main thrust of the EU sanctions is to add another 200 people to the Specially Designated Nationals and Blocked Persons (SDN) List.

Talks in the EU have been stymied by a raging debate over what to do about Russian fertiliser exports. A debate on energy was dropped at the start, according to comments by the Hungarian delegation. Countries like Poland have been lobbying for the oil price cap to be dropped from the current compromise price of $60 – about $5 above what Russia is currently charging for its Urals blend oil – to a crushing $30, but countries such as Hungary, which is heavily dependent on Russian oil, have blocked that decision. Likewise, talks on lowering a gas price cap from the current compromise price of €225/MWh to €130/MWh have also got bogged down in wrangling.

Sanctions on metals and mining have been mooted and may be included in subsequent sanction packages in 2023, but as Russia is so deeply integrated in the international metals business, the topic was not broached in the ninth package discussions, which were proving difficult enough as it was.

Fertilisers are a tricky topic, as many European countries also remain heavily dependent on Russian imports, as the latter is one of the biggest producers of fertilisers in the world.

Poland and Lithuania have protested against the exemptions proposed by other EU member states to allow Russian companies and businessmen associated with the supply of food and fertilisers to the world market to maintain supplies. In a compromise deal that allowed the ninth package talks to conclude, European companies will be allowed to do business with companies in the sector owned by sub-sanctioned "oligarchs", but only if they supplied products for export before Russia's invasion of Ukraine, according to Euronews. That means that fertilisers produced by oligarch Andrey Melnichenko and with his wife from his EuroChem plant will be allowed. In addition, Andrey Guryev, who owns Phosagro, Moshe Kantor (Akron), Dmitry Mazepin (Uralchem and Uralkali) and Vadim Moshkovich (Rusagro) will also be permitted.

Amongst the 200 new names on the EU list are several media personalities and the owner of the National Media Group, Yuri Kovalchuk, with his family.

Bloomberg has learned that the list will also include seven governors allegedly involved in the kidnapping of Ukrainian children; Russia insists that the children have been taken out for their own safety. Officials involved in the theft of Ukrainian agricultural products have also been included.

Amongst the product bans are the supply of dual-use chemicals, electronics and motors for drones to Russia and to “any third countries, such as Iran, that can supply drones to Russia”.

Three banks, including Rosneft Bank, and four media channels are also included in the sanctions. The state-owned media companies will lose their broadcast licences in Europe.

Opponents of the easing managed to achieve other important concessions: each deal must be approved by the European Commission on an individual basis, and all of them can be blocked for reasons of national security at the national level. Thus Lithuania will be able to block the transit of Russian fertilisers through Klaipeda. However, Ukraine's Foreign Minister Dmytro Kuleba called the exceptions "a blow to the entire sanctions regime".

The US has also introduced new sanctions in parallel with the EU this week. The highest profile name that will be included on a parallel US list released this week is oligarch Vladimir Potanin, one of Russia’s wealthiest men who has so far escaped sanctions, as amongst his assets is NorNickel, one of the world’s leading producers of nickel and PGM metals that are essential for electric vehicle (EV) production. Canada, Australia and the UK imposed personal sanctions against him, but not the EU or the US.

On December 15 the US Treasury also sanctioned 18 organisations in Russia’s financial services sector, including the state-owned VTB Bank, Potanin’s Rosbank, a leading commercial bank that until recently belonged to the French bank Société Générale.

“These designations, taken along with the Department of State, which is concurrently designating a prominent oligarch in Russia, his network, and more than 40 additional persons linked to the Government of the Russian Federal (GoR), are part of the US government’s efforts to further limit the GoR’s ability to fund its unconscionable war of choice against Ukraine. Today’s actions also broadly complement those of our international partners," OFAC said in a statement.

Potanin only owns 36% of NorNickel via his Interros holding – below the 50% level that automatically triggers on the company if its owner owns more than half – but Interros has also been included in the new US list in its own right.

The West has been cautious about sanctioning metal companies after aluminium prices spiked in 2018 when comprehensive sanctions were imposed on oligarch Oleg Deripaska and his RusAl metals company. Those sanctions were eventually dropped as unworkable. Shortly after the start of the war in Ukraine, nickel rose in price by 40% on fears that Potanin and NorNickel would get caught up in the sanctions. Deripaska is also a major shareholder in NorNickel.

Norilsk Nickel produces at least 5% of the world's nickel (high-strength steels, batteries), 40% of the world's palladium (industrial and automotive catalysts), as well as a lot of "energy transition metals" such as cobalt (permanent magnets for electric motors) and copper (electric motor windings).

Also among those targeted by sanctions is Potanin’s ex-wife Ekaterina Potanina. His yacht has been sanctioned too. The updated sanctions list includes Deputy Prime Minister Andrei Belousov and Russian Railways CEO Oleg Belozyorov.

The US also imposed sanctions against the son of the Krasnoyarsk Region’s Governor Alexander Uss, Artem Uss, who was previously detained in Milan and charged with sanctions evasion and money laundering.

The US Department of Commerce said earlier in the day that companies VIP Technology, Tavrida Microelectronics, Business Security Academy, Nuclin, Intercom had been added to the country’s sanctions lists.