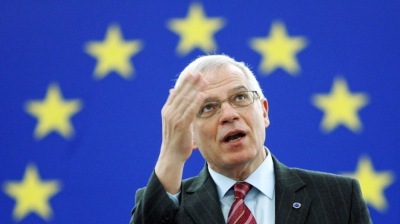 EU imposes sanctions on Belarus at the second attempt. The first vote failed after it was vetoed by Cyprus. EU Foreign Minister Josep Borrell has already declared Lukashenko illegitimate / wiki
By Ben Aris in Berlin October 3, 2020