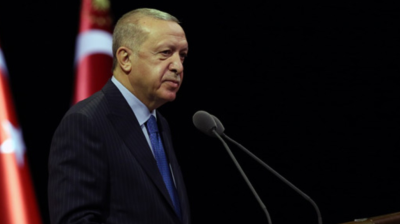 President Recep Tayyip Erdogan has urged Turkey’s parliament to legislate to curb the influence of medical associations and other institutions that have criticised his government’s response to the coronavirus (COVID-19) pandemic.

A particular target is the Turkish Medical Association (TTB). For several months the group warned that official data underplayed the genuine extent of the coronavirus pandemic in Turkey. On September 30, an opposition MP gained access to a health ministry screenshot which he said indicated that Turkey’s number of infections was running at around 19 times the figure presented by officials. Responding to his claims, health minister Fahrettin Koca conceded that the released data did not include asymptomatic COVID-19-positive cases. The UK promptly took Turkey off its travel corridor list, dealing a further blow to Turkey’s beleagured tourism industry.

Responding to the revelations and Koca’s disclosure, the TTB said on Twitter on October 1: “You [the government] have not led a transparent process. You hid the truth. You did not prevent the pandemic from spreading.”

Previously, in late September, Devlet Bahceli, who heads the Nationalist Movement Party (MHP), the ultra-nationalist party that serves as the junior coalition partner in Erdogan’s government coalition, said the TTB was guilty of treachery and should be shut down and remarked in a tweet: “The Turkish Medical Association is as dangerous as coronavirus and is disseminating threats. The Medics Association which carries the word ‘Turkish’ in its name should immediately and without delay be shut down.”

The TTB has called for more transparency and coordination from the government, as well as more aggressive measures to contain the virus outbreak and protect medical workers.

The government has said the public sees the key case figures.

In a speech to members of his AKP party, as reported by Reuters, Erdogan said the TTB and other professional associations “are clearly acting in a way that is against the constitution” and the matter has “reached an unbearable level”.

He proposed a regulatory change similar to one in July that allowed multiple bar associations in a single city. Lawyers criticised that move as the latest in a series of steps to erode the judiciary’s independence.

Erdogan said the regulatory change would allow better representation of doctors than through solely the TTB, and should be enacted swiftly as a top priority for parliament.