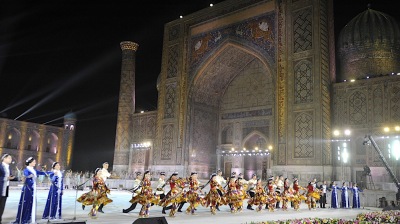 The European Bank for Reconstruction and Development (EBRD) has published a report on its activitiies in Uzbekistan in 2020. Central Asia’s most populated country during the exacting year saw funds from the lender amounting to $521mn.

The funds were pledged to 18 projects to support the country’s banking sector, small and medium sized enterprises’ (SMEs’) access to finance, the upgrading of key infrastructure and the promoting of renewable energy development.

SMEs create around 50% of Uzbekistan’s GDP and employ almost 80% of the country’s workforce. SME-earmarked loans worth almost $100mn were provided to Asaka Bank, Ipoteka Bank, Bank Ipak Yuli and Davr Bank by the EBRD and a $40mn loan was provided to UzPromstroybank for on-lending to Uzbekistan’s growing private sector.

Loans of up to $12mn under the EBRD’s Central Asian Women in Business programme were extended to Ipoteka Bank and Davr Bank to support women-led SME businesses across Uzbekistan, while 36 immediate digital transition advisory projects focused on e-learning, e-marketing, cost optimisation, digitalisation and online sales were offered to SMEs in sectors affected by lockdown measures.

To support Uzbekistan’s green transition, the bank financed its first privately owned and competitively tendered renewable energy project in the country by extending an equity bridge loan for the construction of a 100 MW solar photovoltaic plant in the Navoi region of Uzbekistan. By supporting this project, the EBRD contributed to Uzbekistan’s objective to generate 8 MW of solar and wind power by 2030.

The EBRD welcomed an announcement by the government of Uzbekistan of the country’s first public private partnership (PPP) tender for wind power, which will facilitate the development of a 100 MW power generation facility. This was seen as an important milestone under a memorandum of understanding signed by the EBRD and authorities of Uzbekistan. Additionally, loans worth $150mn were provided to support vital upgrades of electricity and water supply infrastructure in Surkhandarya region.

More than $55mn was invested into various private sector projects. This included a $40mn equity investment in the country’s leading food chain Korzinka, marking the development bank’s first equity investment in the country in a decade, a loan of $12.5mn to fertiliser producer Indorama Kokand and a loan of $2.8mn in local currency-equivalent to a leading domestic producer and trader of disposable medical goods, Healthline.