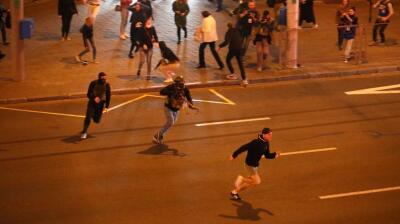 Spontaneous protests broke out in the evening following Alexander Lukashenko's secret inauguration for a sixth term
By Ben Aris in Berlin September 24, 2020

A dozen countries refused to recognise Alexander Lukashenko as the legitimate president of Belarus after he secretly inaugurated himself on September 23. Tensions were high in Minsk after the news broke, with protesters in Minsk flooding the streets and clashing with police trying to disperse them.

The only leader that sent a message to congratulate Lukashenko was Turkmen President Gurbanguly Berdimukhamedov. Most notable for their absence of any comment were Russia and China, Belarus’ closest allies and the biggest investors into the country, both of which said nothing about the inauguration. Russian President Vladimir Putin was one of the few world leaders to call and congratulate Lukashenko after he claimed to have won the presidential elections on August 9.

The list of countries that have not recognised Lukashenko grew longer with a few surprise additions. Until the inauguration technically Lukashenko was still the legitimate president, even if the August 9 election was falsified. However, the swearing-in ceremony officially ends his previous term and marks a new one.

The constitution says that the new president must be sworn in within two months of the elections and was the last legal hurdle to be cleared for Lukashenko to complete taking power for a sixth term. Given the elections were falsified, Lukashenko is now technically no longer the legitimate president and is therefore a usurper. Diplomatic protocol demands that other countries recognise this change of status and many chose to issue statements rejecting Lukashenko’s taking of office, or even more significantly in the case of Lukashenko’s few remaining friends, remained silent.

The list of countries that have rejected Lukashenko's claim to be the president of Belarus include: Germany, Lithuania, Latvia, Slovakia, Czechia, Estonia, Denmark, Poland, Netherlands and the US. Canada said Lukashenko "lacks the legitimacy as a democratically elected leader." The EU already denied Lukashenko was legitimate last week well before the inauguration.

"Today's 'inauguration' of Lukashenko does not mean his recognition as a legitimate head of the #Belarus state," Ukraine's foreign minister, Dmitry Kuleba, said on twitter.

As one of Belarus’ immediate neighbours and an important trade partner, Kyiv has been trying to stay neutral and has only issued cautious statements on Belarus’ political crisis. But as the country is home to two coloured revolutions, after which the people have a very strong sense of social justice, they are sensitive to Lukashenko’s attempts to ride roughshod over the will of the people. The Ukrainian foreign ministry was holding an emergency meeting on the evening of September 23 to discuss what to do about Belarus.

Lukashenko’s inauguration was widely regarded as a farce. With only 700 people in attendance it was not even televised, as it must be according to the Belarusian constitution. A recording of the ceremony was belatedly shown on state TV later in the day. According to social media reports most of the 700 attendees were simply summoned and not told why they were being called. Foreign ambassadors, including those of China and Russia, were also not informed or invited in a breach of diplomatic protocol.

Spontaneous protests broke out in Minsk after the inauguration, with both the protesters and the police employing new tactics.

The people were clearly very angry at the inauguration and much more aggressive towards the police than at previous demonstrations recently.

Drivers clogged the roads in Minsk, with cars making it more difficult for the police to move around the city and deal with multiple but smaller knots of demonstrations.

In one classic exchange shared on social media a policeman shouted at a woman by her car: “Free the road!” to which she retorted: “Free the country!”

The protesters also pushed back at the police, who were spread more thinly around the city and unable to call in reinforcements, forcing them to retreat. While these clashes were not violent and cannot be called street battles, they were a clear escalation from previous demonstrations and the situation was pregnant with violence.

For their part, the authorities made the first widespread use of dozens of water cannon trucks. Protesters lining the road to the presidential palace, where the inauguration ceremony was held, were disbursed by water cannon. The trucks also drove around in the centre of the city blasting groups of protesters and cars that were trying to block the roads.

Police gathered around the Pushkinskaya metro station in the centre of Minsk that had been the venue for some of the worst violence in the first days of demonstrations. 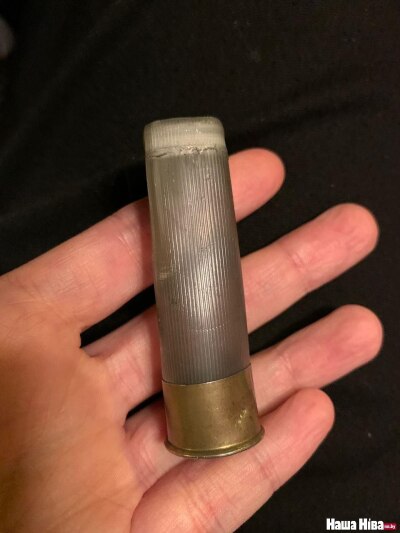 There were reports of several shots fired at Pushkinskaya and pictures of shotgun cartridges were shared on social media. However, no injuries were reported and it is likely that the shells were anti-riot blanks that are designed to make a lot of noise, but do not contain any pellets. There were confirmed reports of an officer firing a rifle at last weekend’s demonstration, confirmed by the Ministry of Interior, which said the officers used a blank anti-riot round.

“Riot police used tear gas, water cannons, possibly stun grenades and had weapons. They also shot, most certainly into the air. More than 200 people have been detained, but there will be more. People protested all across the country. Thousands came out to the streets of #Minsk,” tweeted Luibakova.

However, there was another report of a protester who was shot with a live round and pictures of a man on the ground that have not been confirmed.