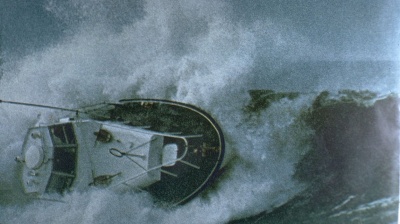 Approximately one billion people are said to live in countries that do not have the resilience to deal with the ecological changes they are expected to face between now and 2050. / FEMA Photo Library.
By Will Conroy in Prague September 19, 2020

Iran, Kyrgyzstan and Tajikistan are among 19 countries for which the inaugural edition of the Ecological Threat Register (ETR), lately released by the Institute for Economics & Peace (IEP), brings particularly ominous news. The trio are among 19 countries, of 157 assessed, deemed the most fragile with high exposure to ecological threats and the highest risk of future collapse in the decades ahead.

The ETR concludes that the three countries with the highest exposure to ecological shocks are Afghanistan, which is facing six ecological threats, and Mozambique and Namibia, which are each facing five. Another 16, including Iran and the two mentioned Central Asian nations, face four ecological threats.

As for Russia, the rest of Central Asia (Kazakhstan, Uzbekistan and Turkmenistan) and Azerbaijan and Georgia in the South Caucasus, as well as Turkey and Mongolia, the picture is still rather bleak with medium exposure (two to three threats) to ecological dangers applying throughout this geography.

According to the Sydney-headquartered IEP, the register has determined that approximately one billion people live in countries that do not have the resilience to deal with the ecological changes they are expected to face between now and 2050. Not all of these people will be displaced, however it is likely that a large number of them will be.

“Pakistan, with 220 million people is the country with the largest number of people at risk, followed by Iran with 84 million people at risk. In such circumstances, even small events could spiral into instability and violence leading to mass population displacement, which in turn would have negative implications for regional and global security.”

The Islamic Republic of Iran is one of five countries shown by the ETR with the highest water stress, the others being Qatar, Israel, Lebanon and Jordan.

It also ranks sixth among the 20 countries with the most displaced people from disasters, with 520,000 people displaced by five disasters. In terms of disasters, the country is seen as most exposed to floods.

Iran also features in a group of 31 “hotspot” countries home to more than one billion people that face both high ecological threats and low levels of resilience.

Tajikistan is also one of the 31 “hotspot” countries, a group which also includes Afghanistan, Syria, Iraq, Pakistan, Chad and Yemen. “These countries have very low resilience and are already experiencing adverse effects from ongoing conflict and the COVID-19 pandemic,” observes the IEP.

“Without strong improvements in Positive Peace, the lack of coping capacity in these countries could lead to worsening food insecurity, civil unrest, mass displacement and competition over resources,” adds the IEP.

Tajikistan is also identified among countries, home to 746mn people in all, that “live in countries with very low capacity to deal with resource depletion threats such as rapid population growth, water stress and food insecurity”. 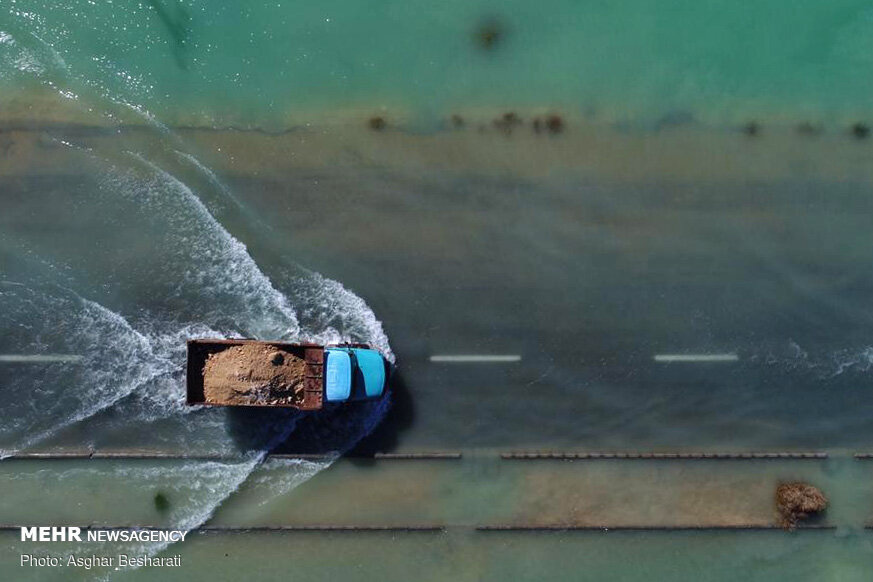 Kyrgyzstan, with its population of 6.5mn, can at least boast a “Medium” mark in terms of its Positive Peace status (as measured in 2018), compared to “Low” for Iran and “Very Low” for Tajikistan.

In terms of the “Change in Positive Peace from 2009 to 2018”, Kyrgyzstan made a “Strong Improvement”, while Iran saw a “Deterioration” and Tajikistan a “Marginal Improvement”. 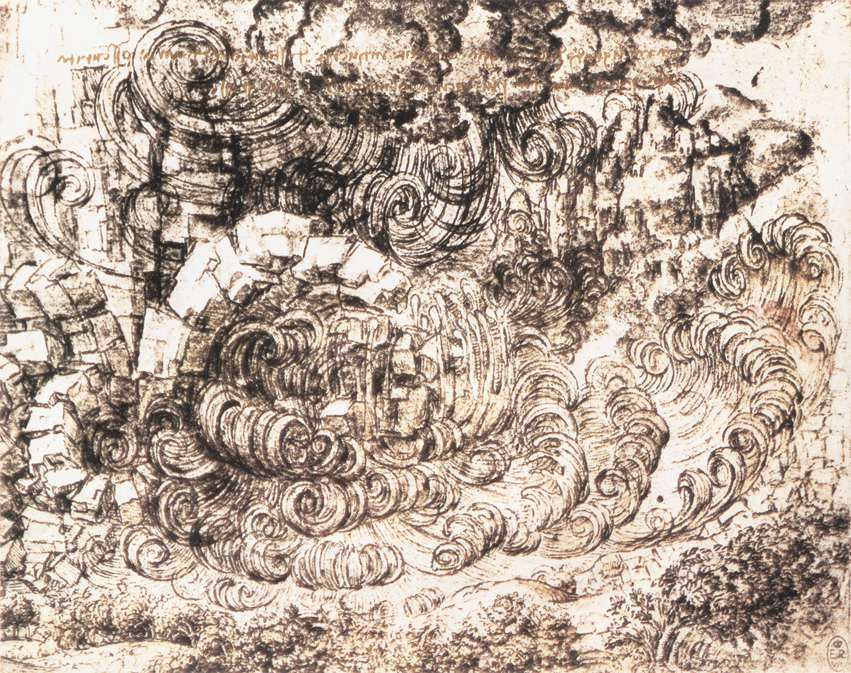 The ETR shows that “eleven of the 12 countries in the Russia and Eurasia region have medium or high exposure to ecological threats. The region includes all of the landlocked Central Asian countries, which are facing an extremely high level of water stress, the likelihood of droughts and have a higher than average population growth. Within the region, [as outlined above] Kyrgyzstan and Tajikistan face the highest exposure to ecological threats, with both registering an ETR score of four. Conversely, Armenia is the only country in the region with low exposure [0 to 1 threats].

“Water scarcity is the main ecological issue in the region with 10 of the 12 countries experiencing different degrees of water stress and another seven countries have experienced droughts. As a result of climate change, the region is expected to experience increasing temperatures, extreme weather events, and glacial melt which will likely exacerbate desertification. 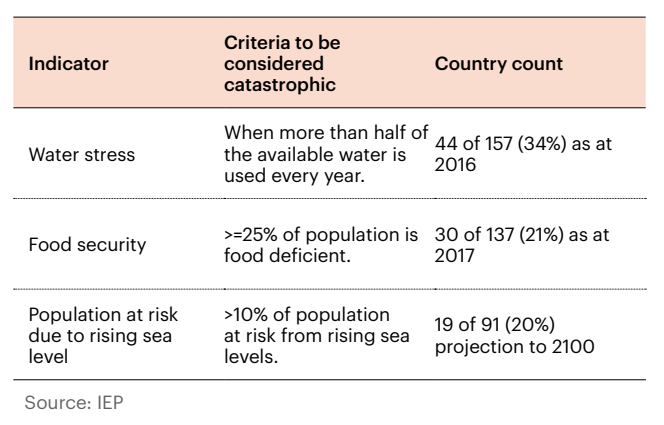 “Environmental stressors will affect local and regional economies as overexploitation and lack of resources are expected to impact key industries such as agriculture.” 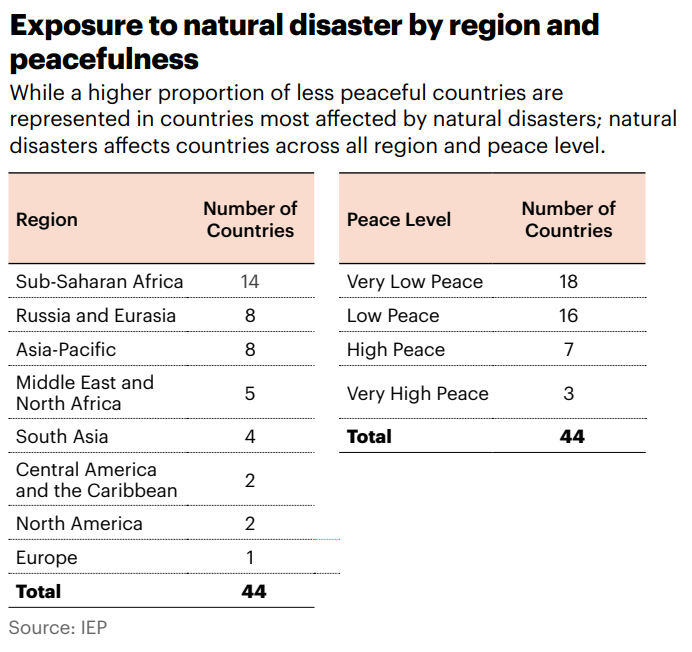