Cutting the cloth in Uzbekistan 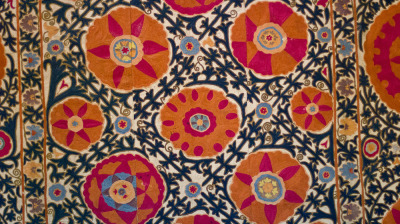 When Uzbekistan’s reform-minded Mirziyoyev administration took office three years ago it quickly moved for a fast transition to an open market-type economy. Fortunately, unlike many of the countries of the Former Soviet Union (FSU), the Central Asian nation already has a relatively diversified economy with strong suits in agriculture, textiles, automotive, mining, food processing and manufacturing. With a young and quickly growing population, however, officials need to create jobs at a rapid rate. So turning to one of the country’s most famous products, textiles, was one obvious solution.

“Uzbekistan has no choice. It has to open to the world to create jobs, to stop the brain drain, to provide opportunities for the young people,” Scott Osheroff, chief investment officer of Asian Frontier Capital (AFC) told bne IntelliNews in an exclusive interview.

To drive growth, the government is hoping to promote export oriented industries, but as the country is so far from the rest of the world – Uzbekistan and Liechtenstein are the only countries on the planet that are double landlocked – officials have chosen to target valued added exports in particular.

Ban on raw cotton exports on the way

Traditionally, Uzbekistan has always produced and exported cotton. Cotton features on the national emblem and it has long served as Uzbekistan’s main source of foreign exchange earnings, but, in a radical change, the government is proposing to entirely ban from next year the export of raw cotton. Such exports are annually worth several billion dollars to the country but the plan is to force local enterprises to produce value added products like yarn and textiles rather than simply export cotton as a plain commodity.

“There is a lot of interest in the textile industry. Various big Chinese textile producers are sniffing around in Tashkent and spinning factories seem to be popping up everywhere,” says Osheroff. “There is everything you need: high quality raw cotton, cheap labour, power that costs 3 cents per kWhr. If you can nail the logistics then this could be something pretty special.”

The prospects of the textile sector have also been improved by the removal of Uzbekistan from the international child labour index. Schoolchildren used to be used to bring in the cotton harvest, but that is not supposed to happen anymore. With the designation removed, the way is now open for Uzbekistan to sell T-shirts and denim to global fashion companies and local investors are reporting that many of these companies have been in Tashkent this year to discuss possible deals. Neighbouring Turkmenistan already produces denim for the multinationals, but Uzbekistan could take over this role on a much larger scale with the resources it has at its disposal.

The country’s exports of textiles grew from under $1bn in value two years ago to $1.7bn in 2018. They are expected to hit around $3.5bn within the next two years. The value of Uzbek textile exports should reach $2bn this year, chairman of the Uzbek Textile Industry Association Ilhom Haydarov said before the opening of the Global Textile Days 2019 forum in Tashkent.

“Everyone is coming to have a look. Things will take off in the next few years,” says Karen Srapionov, a partner at Avesta Group in the Uzbek capital.

Things are indeed starting to move. Foreign direct investment (FDI) is up 500% in Uzbekistan, albeit from a very low base, according to Osheroff, and the country has certainly caused a buzz in investor circles. The official numbers are a bit more modest, with FDI up fourfold to $5.6bn in the first half of this year.

But the investment picture is still confused by the geopolitical agendas of Uzbekistan main partners. The largest part of the government’s funding still derives from development banks such as the EU’s European Investment Bank (EIB), the Asian Development Bank (ADB) and the European Bank for Reconstruction and Development (EBRD). They are pouring in money to try and bump the country onto the path of sustainable development.

At the same time, cliché that it is, Uzbekistan’s remains a key way station on the ‘Silk Road’. That means China and Russia are also very interested in the country and are pumping in money. President Vladimir Putin was recently in Tashkent. During his visit he announced $30bn worth of deals – mostly in the energy sector, including in nuclear power. China, meanwhile, has been promoting its Belt and Road Initiative to the Uzbeks.

The administration of President Shavkat Mirziyoyev is in a delicate position. On the one hand it needs money and expertise to pick up the bucolic economy, but on the other hand the country wants to retain its independence. Being in hock to anybody is not an appealing picture.

“The thing is that with a $50bn economy, external debt of only $19bn and gross international reserves of $27bn, of which $16bn is in gold, the Uzbeks are in a very strong position and, unlike their neighbours, they are in a position to pick and choose their investments,” notes Osheroff.

While in no way as rich in hydrocarbons as its neighbours, Uzbekistan does have enough such resources to interest the great powers in its region. In fact, in Uzbekistan, after textiles, hydrocarbons are probably attracting the most interest from foreign investors.

“Russia is already invested in Uzbekistan, especially in the oil and gas industry: Lukoil is already very active here as well, as is Gazprombank, which is working at the national level,” says one banker based in Tashkent. “Gazprombank already has a lot of clout, especially with the president.”

Petrochemicals is another area where Tashkent sees a lot of value added upside and the government has been investing plenty of capital in the sector.

Finally, as with just about every other economy that has opted to open up to the rest of the world, the real estate sector has started to flourish.

A lot of money from international financial institutions (IFIs) has found its way into the Uzbek real estate sector via the banks. The state raised $1bn with a eurobond issue in February but rather than try to invest all of the money itself via state organs, the government chose to distribute three-quarters of it through state-owned banks.

The result has been a real estate boom. Borrowing in local currency costs over 20% on short-term loans, but the dollars the banks have on offer have rates in their mid-teens and longer maturities. If you can get access to this money then the best returns are in residential real estate.

Developers have been putting up residential objects quickly before flipping them as fast as they can to cash in on the rising prices. Currently, there is little interest in commercial and office developments, where the margins are higher, but the payback is much longer, says Srapionov. “No one is interested in a 20-year payback. The market is young and prices are rising. Yes, a bubble is starting to form, but there is another five years of growth in this market."

Who needs a war?
14 hours ago
Outbreak of calm grips Ukraine
15 hours ago
Primark to launch in Romania as it pursues CEE expansion
22 hours ago
All eyes fall on Nazarbayev clan’s extraordinary wealth as Kazakhstan’s Tokayev asserts authority by targeting super rich
1 day ago
UniCredit's hopes of acquiring Russia's Otkritie Bank marred by geopolitical tensions
4 days ago