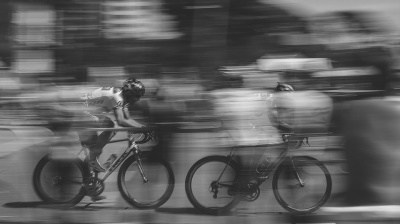 Croatian start-up Greyp, a pioneer in the production of electric bicycles, has announced a partnership with two blockchain groups to take forward its work on vehicles’ automated payments for tolls and rentals and green energy charging.

Greyp said it is working with Germany-based Internet of Things (IoT) company slock.it for its expertise on connecting physical devices to blockchain, as well as the non-profit Energy Web Foundation (EWF) that applies blockchain in the energy sector.

The partnership will initially cover machine-to-machine (M2M) value transfer, which allows vehicles to pay for tolls and charging, and vehicle access management that facilitates rentals, including using cryptocurrency.

“slock.it recently partnered with Greyp! We're excited to integrate #Incubed into the company's G6 smart e-bike. Check out our partnership,” slock.it announced on its Facebook page. slock.it was acquired by Blockchains LLC, a US company planning to build a blockchain-based “smart city” in the Nevada desert earlier this year.

Greyp said in September it had already successfully connected a G6 e-bike to one of EWF’s charging stations, and executed transactions between the bike and the charger whereby the bike effectively “paid” for its own charging.

“We envision a network where every vehicle has a digital ‘wallet’ enabling autonomous machines to receive and create payments, both to humans and to other machines … This is a big step forward toward realising our vision for a sustainable, connected future,” said Greyp COO Kresimir Hlede in a statement.

Greyp is a sister company of Croatian electric supercar company Rimac Automobili. It is in the process of carrying out a digitalised equity offering for retail investors.