Croatia heading for general election in June or July 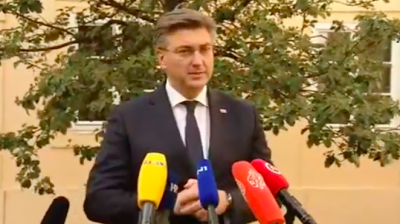 The Croatian parliament will be dissolved on May 18 to pave the way for a general election at the end of June or the beginning of July, Prime Minister Andrej Plenkovic told journalists after a meeting of the ruling coalition on May 14.

There had previously been uncertainty about when the election could go ahead, given the coronavirus (COVID-19) pandemic, but Croatia’s strict lockdown has successfully contained the spread of the virus, and restrictions are now being eased.

Likely election dates are June 21 or 28, or July 5 or 12, to be decided by President Zoran Milanovic.

Plenkovic said that his government had achieved all the key ambitions that it set for itself in its 2016 election programme.

"We believe that now, after showing in recent months how to deal with the unprecedented public health crisis, which is the coronavirus [COVID-19] pandemic … the new mandate of the future parliament and government should be focused on the economic recovery of the country, "said Plenkovic.

The latest poll carried out by the Promocja Plus agency for broadcaster RTL, and published on May 11, puts Plenkovic’s Croatian Democratic Union (HDZ) slightly ahead of the opposition Social Democratic Party (SDP).

“Two months of the corona crisis brought the HDZ back to the top of the party rankings, with a slight increase in its advantage over the SDP. However, this advantage is still at the level of statistical error,” Promocija Plus wrote.

Respondents’ evaluation of Plenkovic’s government deteriorated slightly compared to the previous poll carried out in April, but the prime minister remains the most popular politician in the country.

The Slovenian and Croatian development banks and the European Investment Fund (EIF) signed an agreement in Ljubljana on July 26 to set up a regional technology transfer platform worth at least ... more