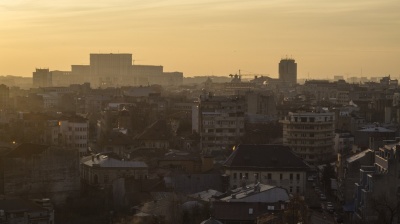 Opposition MPs in Romania are understood to be considering giving their votes to prime minister designate Florin Citu’s cabinet in the upcoming vote on March 12, to avoid leaving the country without a government to deal with the coronavirus outbreak.

Citu was nominated for the post by President Klaus Iohannis after his first choice Ludovic Orban — who had just been dismissed in a no-confidence vote — was ruled out by the Constitutional Court, which ruled that Iohannis must appoint in good faith a candidate with a chance of securing a majority in parliament.

Iohannis and the National Liberal Party (PNL), led by Orban, were openly seeking to force a snap general election ahead of the term election scheduled for this autumn. This would have required three nominees for prime minister to be rejected by the parliament.

Early elections would suit the PNL, which improved its position in the polls since the last election in 2016, but is seeing this position gradually eroded as it Orban’s minority government failed to make much headway in tackling the major issues facing the country. With its poll lead already evaporating, the PNL wanted to return to voters well before September, when a pension hike that Romania will struggle to afford is scheduled.

Citu was originally expected to also fail to gain the confidence of the parliament. A member of the PNL who served as finance minister during Orban’s brief term in power, he is an outspoken critic of Romania’s main opposition party, the Social Democratic Party (PSD), that has managed to cobble together a narrow majority in the parliament recently.

But as the threat of a major coronavirus outbreak in Romania grows, there are reports in the local media that several PSD leaders are now committed to voting for the cabinet proposed by Citu on March 12, in order to install a new government with full powers as soon as possible in the context of the coronavirus epidemic.

Political sources quoted by G4media.ro commented that the position of the PSD’s interim leader, Marcel Ciolacu, remains unclear, though other media claim that Ciolacu has also decided to vote for Citu’s cabinet.

The PSD leadership will reportedly decide on how the party’s MPs will vote the day before the parliament session, according to G4media.ro.

Raiffeisen analysts said in a note titled “Is Coronavirus boosting chances for favourable Citu cabinet vote?” that while Citu was expected to fail to have his government endorsed by the parliament, “now we cannot anymore exclude a favourable vote”.

“In our view, the crisis management skills of Romanian institutions are weakened by the poor state of the healthcare system,” Raiffeisen analysts wrote.

“In this context, politicians should be aware of the major economic risks that the coronavirus epidemic is now raising. As a result, we see more MPs ready to offer a favourable vote to [a] Citu cabinet than one week ago.”

Should MPs back Citu, this would mean the general election would most likely take place at term in November.

Moves by the Constitutional Court could also put the kibosh on early elections.

The court has already released its interpretation of the conflict between the presidency and the parliament, and its decision defers the date of possible early elections.

The counting of the 60-day trial period for the establishment of a new government, mandatory before the initiation of early elections procedures, started when Iohannis nominated Citu as prime minister-designate, according to the detailed ruling of the Constitutional Court published on March 10. Consequently, early election procedures cannot be initiated by Iohannis before April 26.

Moreover, according to the court’s decision, even if two designated prime ministers fail to get lawmakers’ support, dissolving the parliament, followed by the triggering of the early elections, “must be the result of negotiations and political understandings in which all the parliamentary entities are involved and reflect the common will of those who obtained the votes of the citizens after the electoral vote”.

Furthermore, sources familiar with the legal details explained to HotNews.ro that a second decision by the Constitutional Court could finally bury the scenario of early elections.

This is the decision expected on March 12, on the emergency decree setting the rules for early elections. Reportedly, Constitutional Court members are inclined to reject the decree, which addresses the technical details not tackled by existing legislation for the situation of early elections.