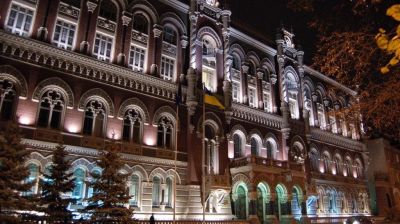 This month I was delighted to open a conference on the role of central banks in fostering economic growth. The topic is a live one for us in Ukraine, for our event partners – the National Bank of Poland – and beyond.

As part of the National Bank of Ukraine team who came into office in 2014 after the pro-democracy revolution in Ukraine, I’ve gained first-hand experience of our country’s difficult road to economic stabilisation. Our journey has undoubtedly given all at NBU an insight on balancing the twin challenges of stability and growth.

When Valeria Gontareva took office as governor and our team came into the central bank, we faced a perfect storm of geopolitical, macroeconomic and currency challenges. We had to spearhead numerous dramatic and far-reaching reforms just to stabilise our nation’s financial system.

We have gone a long way towards breaking down Ukraine’s tradition of oligarchy, which was doing so much harm to our economy; Ms Gontareva begun a clean-up process that included the takeover of one of our biggest commercial lenders, PrivatBank. Restoring faith in Ukraine’s currency and financial system was also key to economic recovery. To achieve that we quickly identified a low and stable inflation as the right anchor and inflation targeting as the right policy.

Inflation targeting has led to positive results in other countries and we have seen it work the same in Ukraine. In 2016, the National Bank successfully reached its first inflation target – and economic growth started coming back. Crucially, trust in our financial system has returned; earlier this year, Ukraine received its fourth tranche of funding from the International Monetary Fund (IMF), which is testament to the confidence of the international community in our economy and the work of the NBU.

Here at the NBU, we intend to continue along this upward trajectory – and our team will do so by looking at the very role that a central bank plays in economic development.

Clearly, financial stability is core to the work of central banks, particularly after the 2008 financial crisis. Banking crises and a lack of financial stability is something Ukraine, sadly, has too much experience of. It was clear to us early on that Ukraine’s banking system of old was a danger to the country. Regulation was needed to curb excessive risk-taking by banks to safeguard the financial system and the wider economy but we also understood that excessive regulation can harm growth. Striking the right balance in this sort of situation requires careful analysis and continued review.

The links of central banks to the state also have to be considered in the context of promoting financial stability and growth. It is a reality that politicians can be focused on shorter-term priorities linked to election cycles, rather than long-term objectives. Today, international organisations such as the IMF and the World Bank strongly support the independence of central banks and the NBU is but one example that follows their lead worldwide.

Yet, even with the power to regulate whole financial systems while retaining independence from government, why in 2017 are so many economies with modern central banks yet to achieve the development they desire?

Unfortunately, the answer is that no central bank is an economic panacea. The potential for a country’s development is only realised when all economic forces are invested in growth. Simply put, a central bank alone cannot and should not be the driver of change. It can lay the regulatory framework, but a favourable climate for investment and innovation is a product of a nationwide commitment.

Going forward, we aim to follow the example set by Ms Gontareva and view the role of the NBU as one of many actors in Ukraine, working towards a better future for all. The impressive results that the NBU has realised over the past three years are a fantastic start, but the successful collaboration with the IMF and maintaining the trust of our foreign partner’s in Ukraine’s future is a challenge we all – state and private sector – must work together to tackle.

We must still commit to implementing international best practice governance standards across the banking sector, and we must still force out the oligarchic practices that are damaging Ukraine’s potential for growth. With the most successful Ukraine-IMF collaboration in its history now underway and growth picking up, we have successfully created the foundations for recovery. It is the role of not just the central bank, but all of us, to realise a stable, secure and quickly developing economy for Ukrainians for generations to come.

Yakiv Smolii is the acting governor of the National Bank of Ukraine.