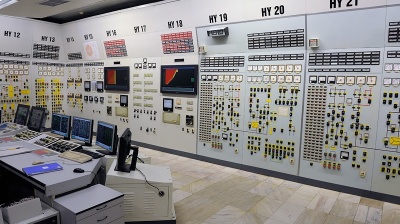 Lithuania plans to delink its power grid from Eastern Europe, ending the BRELL agreements, and throw in its lot with the EU / wiki
By Richard Smith in London September 28, 2018

During its near half-century as a (small) member of the Union of Soviet Socialist Republics, Lithuania's electric grid was integrated with those of neighbouring SSRs Belarus, Russia, Estonia, and Latvia. At the time, the arrangement was a purely domestic matter. However, after the fall of the USSR, the five so-called "BRELL" countries chose to continue using the existing grid under the terms of a 2001 agreement. Since then, Lithuania has been working to sever political ties to Russia -- and electric power ties as well.

The Soviet power sharing system, called IPS/UPS, is largely managed centrally by Moscow. The rules are set up under the so-called BRELL agreement, signed in 2001, before the Baltic countries joined the EU in 2004. But this agreement is set to change for obvious reasons and Poland, Hungary, Czechia and Slovakia have already made the jump to the EU’s Continental Synchronous Area in 1995.

After years of debate within the three Baltic states, it now seems “BRELLxit” is moving forward. This past June, representatives from Lithuania joined counterparts from Estonia, Latvia, Poland and the European Commission to sign a roadmap towards aligning the Baltic electric grids with neighbouring European ones by 2025. The roadmap calls for establishing a second connection to Poland's grid to complement the one existing Lithuania-Poland electricity interconnector, the 500 MW "LitPol Link.”

The plan also calls for an undersea cable, although the latter project will only proceed if the European Network of Transmission System Operators (ENTSO-E) certifies it would guarantee energy and supply security at a reasonable cost. Three such cables already connect the Baltic countries to their northern neighbours: Estlink 1 and 2 connect Estonia to Finland with a combined 1,000 MW of capacity, while the 700 MW NordBalt link runs between Sweden and Lithuania.

In Lithuania’s official narrative, the urgency to sever ties with the BRELL electric grid and integrate its electricity network with Europe is driven by the Baltic country’s history and Russian aggression across the region. The annexation of the Crimea and abduction of an Estonian customs official have stoked fears in Vilnius that BRELL might become a vehicle for further Russian provocations. As the argument goes, Lithuania and its fellow Baltic nations cannot afford to depend on an erratic neighbour for their power supply.

But Estonians and Latvians don’t always share that view, even if the three countries are pursuing the project together. Arvi Hamburg, who chairs the Estonian Academy of Sciences, has derided the delinking plan as a “political project” that will cost taxpayers in the Baltic countries considerably -- without offering much gain in return.

Hamburg’s criticism of the project raises important questions that have fallen by the wayside in the BRELL debate. For politicians in Vilnius, cutting the link with Moscow and building new connections with Europe makes for great politics. Does it make economic and budgetary sense as well?

So far, the numbers don’t seem to support that view. According to Estonian Minister of Economic Affairs and Infrastructure Kadri Simson, delinking the Baltics from BRELL and establishing a second link to Poland (and thus the broader EU electric grids) could cost as much as €1bn.

The cost question pertains to the European Union as much as it does any of the three Baltic governments. Policymakers in Lithuania can push their policy of delinkage without needing to pay much thought to the costs involved, mainly because the cash-strapped EU appears willing to foot much of the bill.

This October, the three Baltic countries will apply for EU Connecting Europe Facility (CEF) funding to support projects adding up to €77mn in Latvia, €167mn in Lithuania, and €187mn in Estonia. Rimvydas Stilinis, the infrastructure director of Lithuanian utility "Epso-G", predicts the Baltics will ask the EU to cover 85% of the final cost for these projects, the combined cost of, which may total €432mn.

These sums would come on top of EU funding already provided for the existing linkages: €100mn in investment subsidies for Estlink 2, €131mn for NordBalt, and €244.5mn for LitPol. While Lithuania continues to insist that the current grid arrangement puts it at risk of electric blackmail, these links have already ensured the country has more than enough capacity outside of BRELL to meet peak electricity demand.

Will additional spending to delink from BRELL spell lower prices for consumers? While some sources suggest consumers in Latvia and Lithuania could enjoy price breaks of 5-7%, utilities would almost certainly pass the cost of delinking on to customers, necessitating rate hikes.

The Lithuanian government, far from seeing Astravets as an attractive source of power, argues that having Astravets within 50km of Vilnius is unsafe. The European Union does not agree. The Astravets plant successfully passed EU-designed stress tests peer-reviewed by the European Union Safety Regulators Group (ENSREG), which examined the facility on the basis of its preparedness for earthquakes, flooding, heat sink, and other severe accidents. International Atomic Energy Agency (IAEA) experts have also certified the Astravets plant to be capable of withstanding "the worst credible external event." The VVER-1200 reactor model set for use in Belarus is also being deployed in Finland, Hungary, and Russia.

None of these evaluations, however, have discouraged Lithuania’s objections to Astravets. Vilnius insists it won't allow any energy from Astravets onto its grid, even after the plant begins operations next year. Lithuanian politicians prefer instead to rely instead on linkages with neighbouring Poland, despite the fact that Poland generates 80% of its electricity from coal. Vilnius presents delinking from BRELL and boycotting Astravets as a patriotic and pro-European move, while sweeping under the rug the economics of the switch. The government may not be interested in this equation, but Brussels should be.

Richard Smith is a former lawyer practicing in Russia and Ukraine. He currently writes on economic and political issues in the CEE region.