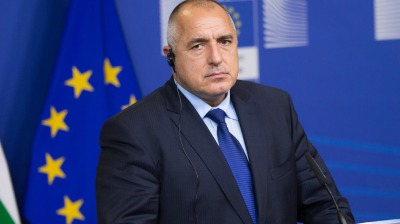 A little over a decade ago, Bulgaria joined the European Union with hopes of a brighter future. Its people flooded the streets in celebration on the day of accession, dreaming of a modern, progressive country that could leave its communist past behind.

But the reality has been very different. Bulgaria has failed to wipe clean the stains of Soviet rule; corruption and opacity have caused huge divisions, and a mafia-style elite has filled the post-Moscow void. The country remains a hugely frustrating place to do business and a dangerous one to be a political dissenter.

But now Bulgaria has reached a tipping point. The murder of a journalist — though the crime appears to have been unrelated to her work, and committed by a man under the influence of alcohol and drugs — made headlines around the world, and shone a spotlight on the freedom of the press in Bulgaria. Meanwhile, the drastic flight of foreign capital threatens to trigger economic chaos, and populist demagogues are pushing for power. If Bulgaria can’t clean itself up, the dreams its people nurtured when they joined the EU could be shattered.

The bare economic figures already paint a troubling picture. Bulgaria is the EU’s poorest member-state: it has the lowest average salary in the EU (€575/month) the lowest minimum wage (€260/month), and the smallest average pension (€190/month). The result is that more than 40% of Bulgarians are now at risk of poverty and social exclusion, the very ills EU membership was supposed to cure.

It’s not that there’s no money in Bulgaria. It’s just that much of the cash is hoarded by a tiny band of powerful businessmen linked to the criminal underworld. This motley cast of characters includes the country’s richest man, Vasil ‘the Skull’ Bozhkov, an alleged mafia kingpin who has long been implicated in fraud, extortion, intimidation and money-laundering, as well as hotel magnate Vetko Arabadjiev, who recently became the subject of a European Arrest Warrant for tax evasion and money laundering after the police seized some €5mn in cash from his properties.

This post-communist elite has created a world in which bribes are frequently part of the tendering process for any big project, companies have been seized by criminal mobs without sanction, and men have been shot dead in the street over petty corporate disputes. What’s more, the new band of bosses refuse to share their ill-gotten wealth; Bulgaria’s ‘haves’ make more than eight times as much as the ‘have-nots’, nearly twice as big a difference as the European average.

International observers such as Transparency International, which recently named Bulgaria the EU’s most corrupt country, have long condemned its shady practices. But instead of taking action, Bulgaria’s government has made a habit of turning a blind eye to the corruption — and in fact may be part of the problem.

From bodyguard to powerbroker

Prime Minister Boyko Borissov summed up the government’s apathy earlier this year when he brazenly asked the European Parliament, "If there is such corruption… why do [voters] choose us first and foremost?” Borissov, who clawed his way to power as a bodyguard of deposed communist leader Todor Zhivkov and Bulgaria’s king-turned-prime minister Simeon Saxe-Coburg-Gotha, has long been accused of mafia ties himself. A 2006 US intelligence cable, circulated before Borissov won national office and subsequently published on WikiLeaks, noted that he had been implicated in “serious criminal activity” and was closely bound to Moscow. One journalist even described him as “the Bulgarian Al Capone.”

But you’d be a brave person to voice such an opinion in Bulgaria. Analysts have long accused Borissov — who has held power almost uninterrupted for the past nine years — of running a de facto autocracy, in which critics are detained on dubious grounds. If judges refuse to comply, they are abused by a judicial regime which has remained practically unchanged since Soviet times. And any reporter who speaks truth to power runs the risk of abuse; Bulgaria currently ranks lowest of all EU countries for its press freedom, leaving journalists to reflect bitterly on a corrosive culture of self-censorship.

This cocktail of repression and stagnation has created the world’s fastest-shrinking population, with tens of thousands of Bulgaria’s best and brightest emigrating every year. Over 1mn of the country’s 8mn inhabitants have left in just 15 years; though some of these émigrés may return after completing their studies abroad, this chronic depopulation, combined with soaring tax evasion, is draining government coffers and perpetuating the cycle of poverty which compels so many to emigrate in the first place.

To compound the problem, foreign investors are leaving as well. EU membership was supposed to show that Bulgaria was open for business, but foreign investment has steadily declined, not risen, since then. Now the exodus has become a stampede; new central bank figures suggest FDI fell by a staggering 71% in the first eight months of 2018. The government’s bizarre desire to pick fights with Western multinationals has only quickened the flight.

Rather than trying to stem the outflow, Borissov’s government has turned further inwards, lobbing criticism at the EU and pledging support for hard-right Hungarian Prime Minister Viktor Orban in his rule of law standoff against Brussels. The strategy has emboldened Bulgarian extremists and ultra-nationalists, but has allowed Borissov to hang on to his premiership thus far.

Given the country’s economic and political turmoil, however, the prime minister may soon be engulfed by his own autocratic mess. Borissov has already survived three no-confidence votes this year, but as turmoil grows in Bulgaria and foreign firms flee in droves, doing nothing is no longer an option. If nothing else, though, the veteran prime minister is a survivor. Perhaps the country’s best hope is that he takes decisive action to save his own skin — and alleviates Bulgaria’s troubles as a by-product.

THE VIEW FROM MITTELEUROPA: Surviving on life support – Belarus, sanctions and path-dependency
3 hours ago
COMMENT: Time to end Putin's impunity
3 days ago
COMMENT: CEE national recovery and resilience plans – the focus, the gaps and what comes next
4 days ago
MOSCOW BLOG: Primary rehearsal
7 days ago
ING: Hungary seems all set for a record year in 2021
7 days ago