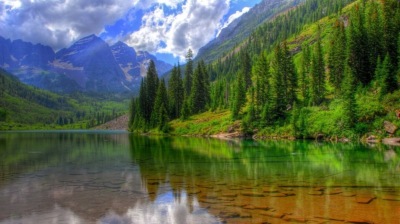 Chinese are flocking to Lake Baikal on holiday
By Ben Aris in Berlin November 26, 2019

Russia has become a favourite holiday spot for the newly affluent Chinese middle class, as they find it inviting and cheap. Any weekend and the corridors of the iconic GUM department store on Red Square are thronged with Chinese tourists, for whom all the signs carry Chinese translations. But the industry is flourishing outside Moscow too. Chinese tourism is probably even more important for the Siberian city of Irkutsk on the shores of lake Baikal.

The students of US professor Jeff Schubert at the Baikal School of BRICS in Irkutsk released a survey on Chinese tourism to the region with some interesting insights.

The report is based on three surveys. The first two were conducted in June and September of 2019, and involved 12 Chinese students of the International Business degree course at the Baikal School of BRICS interviewing Chinese tourists in the city of Irkutsk.

The third survey was undertaken in October by four Russian students at the start of their MBA course at the Baikal School of BRICS and involved interviews with Russian businesspeople in Irkutsk who deal with Chinese tourists.

The surveys are important as there remains a certain paranoia about China, especially east of the Urals where the local regions are afraid of being overrun by Chinese businesses and immigrants. Indeed, in many of the markets in the Asian part of Russia along the border, business is already dominated by Chinese and Chinese goods. Moreover, for Chinese business Russia with its relatively strong ruble is a lucrative market that earns them more than a domestic business. Informal trade across the border is already flourishing.

However, those interviewed in Irkutsk were there on holiday. The interviews with the Chinese found they had travelled from northern China or Beijing, Tianjin and Hebei Province, and were there “to see the lake”.

Over 90% of the tourists in both surveys said that Russians were “friendly” or “very friendly”, but half the respondents said the food in Irkutsk was “bad”, and striking a telling criticism for anyone that has spent time in Russia’s regions the tourists suggested the cooks use “less oil and sugar, and more pepper and salt”.

In the “cafes and restaurants” and “shops” categories of the survey, expenditure by each tourist per visit was more often than not over $100 (RMB700). It was rare for a single tourist to spend less than $50 (RMB350) per visit and the report estimates the tourists were spending an average of $100-$150 per day.

While on a trip to Irkutsk, this correspondent found that all the staff in the larger hotels could speak some English, but most were more proficient in Chinese due to the ballooning number of Chinese groups headed to the city. However, the businesses surveyed in the city named problems of communication as their biggest headache and most of the Russians surveyed complained about the Chinese  “noisy” nature.