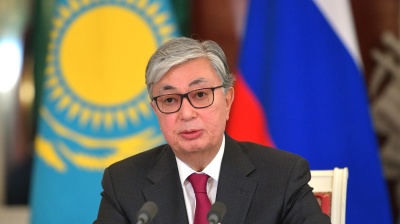 Tokayev is attempting to make a clean break from the Nazarbayev era but some critics say the constitutional changes lack teeth. / Kremlin.ru cc-by-sa 4.0.
By Nizom Khodjayev in Nur-Sultan June 3, 2022

Citizens of Kazakhstan are widely expected on Sunday June 5 to vote ‘Yes’ in a referendum on constitutional reform to decentralise power. Not that there is massive enthusiasm about what’s on offer. The positive response might simply be a reflection of the desire Kazakhs have to strip former president-of-three-decades Nursultan Nazarbayev of his title of “Elbasy”, or Leader of the Nation, and sweeping powers granted to the 81-year-old under the current constitution when he stepped down in 2019. The honorific also granted Nazarbayev and his family full immunity from prosecution.

There is some consternation about a weak information campaign leading up to the vote, but some 56 amendments to the constitution have been proposed. They include the restoration of the constitutional ourt, abolished in 1995, and the banning of the president from being a member of a political party and his relatives from holding public office.

Though the public undoubtedly would like to see a more democratic Kazakhstan, many Kazakhs also remain sceptical of current president Kassym-Jomart Tokayev, widely seen as holding responsibility for what many view as atrocities committed by state security and military forces during the civil unrest that so shook up the country in January, sweeping away oil-rich Kazakhstan’s reputation with foreign investors for enduring political stability. At least 230 people died according to official figures, though some independent sources claim that the number of victims is in the thousands. 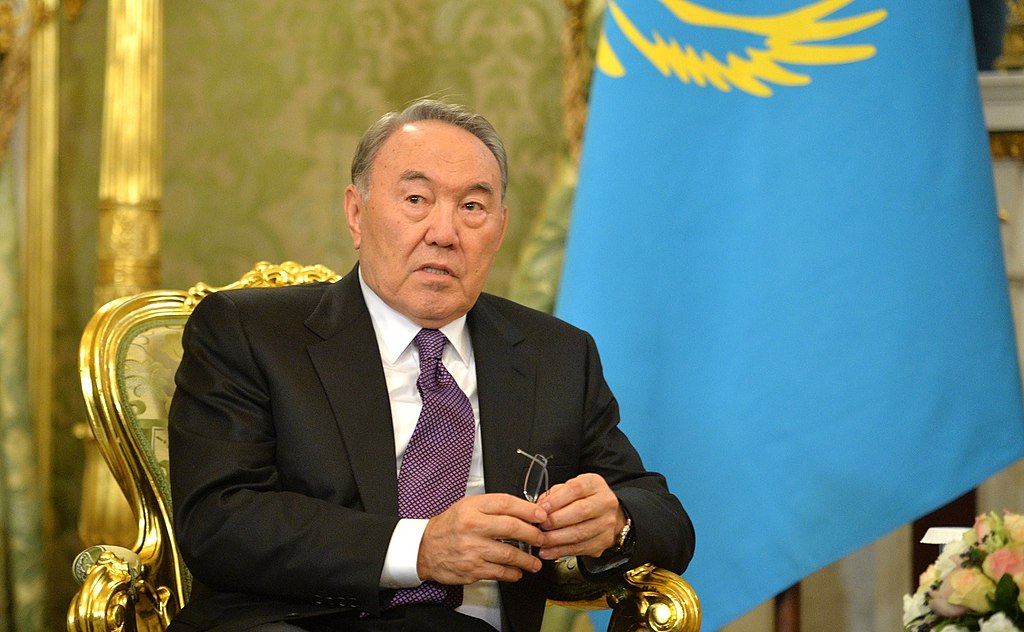 Nazarbayev, now 81, ruled for three decades. His era will be partly remembered for the bloody events that marked its end in January, when civil unrest spread across Kazakhstan (Image: Kremlin.ru, cc-by-sa 3.0).

Many Kazakhs who oppose Russia’s invasion of Ukraine also see Tokayev as Russian President Vladimir Putin’s puppet. The unrest was accompanied by what many analysts saw as an attempt at a coup. Tokayev turned to Putin, who then backed the Tokayev regime by sending in troops to help stabilise the situation in Kazakhstan within the framework of the Collective Security Treaty Organisation (CSTO) military pact.

So while the referendum is seen as a step in the right direction, it is unlikely to become viewed as sufficient for transforming the country into the desired democracy due to the public’s ongoing distrust of 69-year-old Tokayev.

"Tokayev understands this and that is why, to a certain degree, he tries to position himself using this referendum as a man who is trying to change something," Kazakh political analyst Dosym Satpayev told Reuters.

Tokayev, the second president of independent, post-Soviet Kazakhstan, is widely expected to run for another term when his current term ends in 2024. Satpayev sees the referendum as in part "a rehearsal for the presidential election," noting that Tokayev would take mass support for the amendments as a vote in his favour.

However, despite re-establishing the constitutional court and granting some more powers to parliament, the proposed amendments will still leave the main levers of power in the hands of the president. Many of Tokayev’s critics are likely to continue vocally opposing his rule even if the referendum records the public as mostly voting in favour of it.

The referendum may, nevertheless, bode well for future political activity in the country and help the public bring further pressure to bear on Tokayev as it sets out to ease the process of registering political parties in the country. Capitalising on Tokayev’s stated intention to remove the dominance of the ruling Kazakh party, Amanat, in parliament, many politically active Kazakh citizens may attempt to seize this opportunity to empower further democratisation. Several organisations and individuals who opposed Tokayev’s predecessor while he held sway have said they will form new political parties post-referendum.

That scenario includes a return to politics by Bolat Abilov, a prominent businessman and former opposition figure in Kazakhstan. There is also a declared intent to form a political party by a group in Kazakhstan involved in defending the rights of ethnic Kazakhs in China's severely repressed northwestern region of Xinjiang—the group has accused the Kazakh authorities of doing nothing to assist ethnic Kazakhs in Xinjiang who want to move to Kazakhstan. Kazakhs remain suspicious of just how closely interlinked Tokayev’s fortunes are with those of Putin. They may soon get some idea of to what extent Tokayev is prepared to test the patience of Beijing.