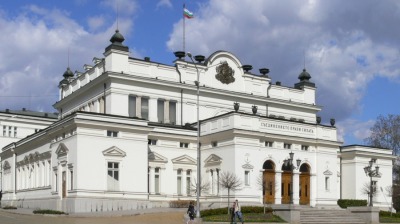 Slavi Trifonov, the leader of Bulgaria’s There Are Such People (ITN) party, said on July 15 he is giving up nominating Nikolai Vassilev for prime minister due to strong objections and accusations he is related to the parties of the establishment and that will propose a revised government.

On July 12, Trifonov unexpectedly announced his party, which won the July 11 snap general election, will not enter in coalitions with anyone and proposed a technocratic government headed by Vassilev.

However, his move provoked strong negative reactions among all political parties and among many people who accused Trifonov of not being a team player.

Moreover, Vassilev’s past was directly related to ethnic-Turk Movement for Rights and Freedoms (DPS) as he was minister in two governments, in which DPS was a coalition member.

“It turned out that it does not matter how educated the candidates for ministers are, how good experts they are, how clear priorities they have. It turhed out that this did not matter to those media and politicians, who have designated Nikolai Vassilev for conductor of [the interests of] DPS – a claim that has nothing to do with the truth,” Trifonov wrote on Facebook.

“However, I understand that the country does not need instability and new elections. It does not matter to me what lies some of the parties that are not part of the status quo have said. For me, it is much more important to "scratch" the Gerb model from the public and political life of the country. […] Therefore, I decided to withdraw the candidacy of a worthy person like Nikolai Vasilev, because noone is more important than the problems before us as a society,” Trifonov wrote.

He added that ITN will propose a revised government.

Meanwhile, Georgi Kadiev, member of the Bulgarian Socialist Party (BSP) said on July 15 the party should seek coalition with two anti-establishment parties – the Democratic Bulgaria (DB) and Stand up! Thugs out! (ISMV) – to avoid a second snap vote.

ITN won the July 11 snap vote, leading to decade-ruling Gerb of Boyko Borissov with just two MPs. However, ITN will have only 65 MPs in the 240-seat parliament – insufficient to rule on its own.

“It doesn’t matter who would be the former receiver of a mandate – it [should be] received together, goals to be defined together, a government to be proposed together, votes in support to be looked for together. We shall just do what ITN had to do,” Kadiev wrote on Facebook.

“Together and in equal partnership is the key. We may not like each other but this is not of significance. Haven’t we been said exactly this in the election,” Kadiev wrote.

However, even if the DB and ISMV agree on such coalition, it would only have 83 MPs that would also lack majority. None of these parties is willing to enter in coalition with Gerb or with ethnic-Turk Movement for Rights and Freedoms (DPS), which leaves only ITN as possible other partner.

Unless ITN changes its mind and decides to go into coalition, this would leave only the option for a new early general election.