Given the tragic events that took place in Paris only a few days before the scheduled start of MAPIC in Cannes on the famous French Riviera, the delegates who did not curtail their travel plans were understandably anxious at the outset of the 21st edition of this leading international retail real estate-focused event.

Security at airports was noticeably tighter, with the normally smooth and efficient transit and arrivals procedures being approached with seemingly greater rigour and attention, including the temporary abandonment of Schengen convention rules. Given the circumstances, there was a calm acceptance by travellers standing in line for passport checks at Nice airport, with none of the tut-tutting or exasperated body language which might have been expected.

In and around Cannes there was a visible presence of police in addition to the well-organised and vigilant security around the Palais where the event was taking place. All serving to ease delegates concerns and allow for a level of normality to create an environment where business could take place, which it certainly did.

By lunchtime on the first day of the event on November 18, people’s security concerns seemed to have taken a back seat, with the numerous exhibitor stands, spaces and corridors humming with the movement and sounds of some 8,000 participants from over 74 countries discussing deals, presenting new shopping centre schemes to potential new retail tenants, as well as promoting various retail related services from architecture through to innovative lighting and retail entertainment concepts – all focused on enhancing the customer experience and creating enticing shopping environments.

The buzz of activity during the event is a direct reflection of the current buoyant state of the retail industry, in marked contrast to the conservative and subdued five to six post-crisis years. The retail industry seems to be well and truly back in fashion, with a great number of new and existing brands looking to expand their presence, both in growing markets such as Central and Eastern Europe, Middle East and Asia, as well as in the more established markets of Western Europe and North America. 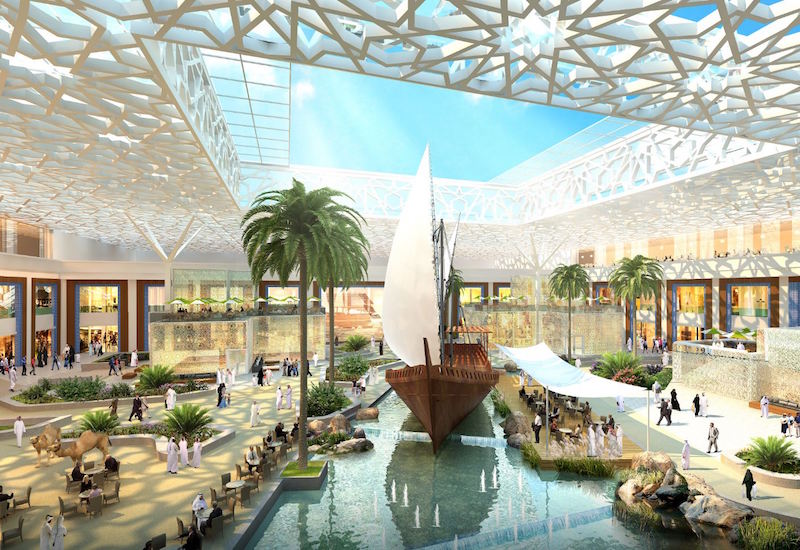 Developers seem to be reacting to these growing retailer demands with many new shopping centres scheduled to open in the next one to two years, and more in the preparation and planning stages all across the world. However, some locations seem to be adding retail space at a rate that raises serious sustainability questions, for example Qatar is forecast to double its mall space from its current 950,000 square metres (sqm) to at least 1.8mn sqm by the time the project pipeline is completed before the world cup kicks-off in 2022, including the 256,000sqm Mall of Qatar by Chapman Taylor, scheduled to open in August 2016, followed by the 800,000sqm behemoth that is Place Vendome due to open in the third quarter of 2017.

Food (and drink) for thought

Apart from the opportunity to see the latest and greatest shopping centres, design ideas, new brands and innovative retail concepts, MAPIC is also a great forum for seeing, hearing and exchanging ideas about new trends from around the world. One of these prominent topics during this year’s event – which is perhaps not an entirely new phenomenon, but certainly one that has developed into a force with substantial momentum, changing the nature and composition of shopping centres – is the growing importance of the food and beverage (F&B) component.

Research from CBRE, a leading real estate industry consultancy, has revealed the trend of the growing proportion of F&B in shopping centres, as well as the influence this is having on customers’ shopping experience. The recent CBRE report “Food & Beverage in a Shopping Centre”, which was produced on the basis of a survey of 22,000 customers across 22 markets across Europe, South Africa and the UAE, indicated that F&B plays an important role in consumer decision-making, including where they shop, how long they stay and how much they spend.

The research suggests that F&B has a direct effect of extending customer dwell time in shopping centres, which ultimately converts into increased spending. On average, across the surveyed countries, 47% of people indicated that they would spend more time shopping if they also ate or drank during their shopping outing. The Czechs and Romanians led the way in this regard, with approximately 60% of surveyed respondents agreeing that they have a tendency to spend more time shopping after making use of the F&B offer in a shopping centre.

Of course, the perennial truth of any successful business concept is that it responds to what customers want; this is certainly true of many successful shopping centres, such as Trinity Leeds, the multi-award-winning centre developed by Land Securities and designed by Chapman Taylor, which opened in October 2013. This has devoted almost 25% of its lettable space to food and leisure activities, including the Trinity Kitchen concept, the UK’s first authentic indoor street food venue. 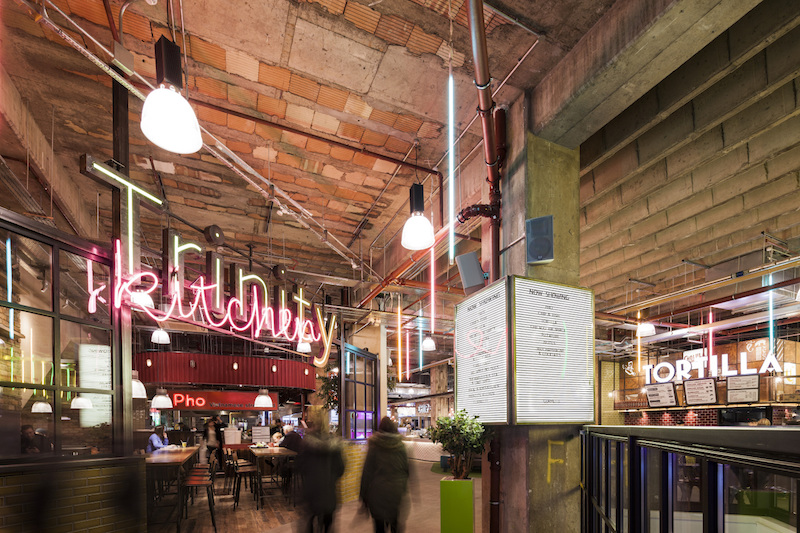 This applies to other new retail schemes, such as Unibail-Rodamco’s new shopping centre in Wroclaw due to open in 2017, which is expected to allocate 18% to food and leisure; and the new 100,000sqm Mall of Scandinavia in Stockholm that opened its doors just before the start of MAPIC on November 12, which allocates nearly 25% of the leasable area to the food and leisure offer, including 22 restaurants.

All indicators suggest there is a noticeable shift towards increasing the proportion of food and leisure in centres, with 20-25% of lettable area becoming common, and any centres which allocates less than 10% considered unsustainable. Furthermore, the number of people who go to a shopping centre just to eat or drink is expected to increase from the current 30% to 50%, with this trend being driven by the quality of offer and innovation. That’s food for thought!