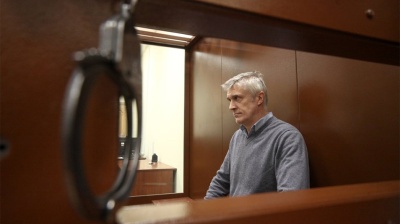 Russia's Supreme Court has lifted most of the house arrest restrictions on US fund manager Michael Calvey, but some remain in place and he is not allowed to leave the country
By Ben Aris in Berlin November 12, 2020

Russia’s Supreme Court has ordered most of the restrictions on US fund management Michael Calvey and his colleagues from Baring Vostok be lift on November 12.

Calvey and several of his colleagues were arrested on embezzlement charges that they claimed were manufactured by their former partner in Vostochny, Artem Avetisyan, an executive at a state-owned investment agency and a shareholder in the bank, who is very well connected to the Russian security services, as part of a corporate dispute over their joint investment into Vostochny bank.

“We are pleased that the Supreme Court has taken the long awaited decision – and the only correct one – to release our innocent colleagues from house arrest. The criminal case that has been ongoing for the last year and nine months must be halted, because in actual fact no crime was committed, nor was there any party that suffered damages: Bank Vostochny withdrew its civil lawsuit. Furthermore, the case materials contain no evidence of wrongdoing by the individuals in question. We continue to be confident in the innocence of our colleagues, and will continue to fight for justice,” Baring Vostok said in a statement emailed to bne IntelliNews.

While the details of which restrictions were lifted are still not clear, it appears that Calvey will no longer have to wear an electronic ankle bracelet, is no longer confined to his apartment and the restrictions on when he could see his wife and children have been rescinded.

However, he still may not leave the country and has to be in his apartment by midnight each day, according to bne IntelliNews sources close to the fund.

The Supreme Court decision follows on from an agreement struck between the warring partners on October 27 to bring the corporate dispute to an end. However, the end of the corporate dispute has no bearing on the criminal case that was launched by the Federal Security Service (FSB) against Calvey and his colleagues, a point that was expressly addressed in the joint statement.

The Baring Vostok team are hoping that now there is no dispute – and so no claims of embezzlement, which is the core of the criminal case – the courts will bring the criminal case to an end. However, the Russian legal system works famously slowly. bne IntelliNews’ sources say today’s Supreme Court decision is another step in the right direction.