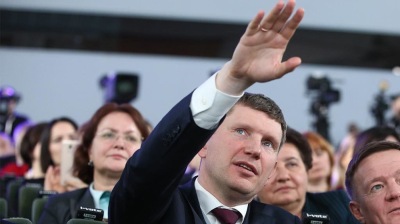 Russia's Minister of Economic Development Maksim Reshetnikov gave an interview to Tass, in which he outlined the main directions of the GHG reduction strategy.

Russian state energy policy is focusing increasingly on ESG, as Russia belatedly prepares to tackle the EU carbon tax introduction and other "green" challenges. As followed by bne IntelliNews, earlier this year President Vladimir Putin called for cutting Russia's greenhouse gas (GHG) emissions to below those of the European Union as the Kremlin starts to wake up to the dangers of global warming.

But the analysis of partial unofficial reports of EconMin's GHG reduction strategy shows that it is based on two assumptions that are yet to be recognised by the international community: the recognition of hydro and nuclear generation as green, and the disputed strong potential of natural forest absorption.

Reshetnikov estimated the annual value of exports exposed to the EU carbon tax at $7.6bn and reiterated several points that have already been reported, such as the introduction of GHG reporting as of 2023 and actual payments as of 2026, classifying large hydro and nuclear generation as green and accounting for CO2 absorption and carbon capture through natural forests.

Large hydro and nuclear energy has yet to be considered green by other countries, allowing for the decarbonisation goals of industrial consumers to be met, VTB Capital (VTBC) wrote on August 25.

The minister also noted that a strategy of low-carbon, long-term development in Russia was being discussed, with four scenarios under assessment (inertial, base, intensive, aggressive), and the possibility of achieving carbon neutrality was being analysed.

Neutrality not base case, high hopes for natural absorption

Notably, reaching carbon neutrality is only planned in the intensive and aggressive scenarios (by 2050 and by 2060 respectively), while the inertial and base case scenarios do not aim for neutrality at all.

In the meantime, Kommersant daily and RBC business portal have reported the details of the EconMin's CO2 strategy draft, which sees the emissions of GHG declining by 25% to 2050 mostly due to natural absorption by forests and swamps, which was previously seen as too optimistic by domestic and international analysts.

Lower emissions are planned in extraction, generation and utilities, but the GHGs are seen increasing at a slower pace in all sectors, with the forest absorption being the main factor contributing to the decline.

The base scenario is reportedly seen costing 1.5% of GDP, while the intense scenario would cost 4% of GDP and would necessitate foreign investment. Forbes reported this week that investment in renewable energy is estimated at RUB3.7 trillion ($50bn) for 2021-2050, or about RUB74bn annually ($1.7bn).

"From the details provided, it seems as though the plans to reduce Russian emissions remain relatively unambitious, with no carbon neutrality, and no major reduction in emissions from industries with the focus on absorption capacity," Sova Capital notes, reminding that natural absorption is currently not recognised by the international community as a tool for cutting emissions.

The CO2 payments only appear in one of the scenarios. The latter, though, is still a major difference from the previous draft of the strategy, which did not have any CO2 pricing at all, Sova Capital analysts note.

In a separate report Interfax reported that the Ministry of Energy expected the legislation on low carbon certificates to be approved in the autumn. According to the Deputy Minister of Energy, Pavel Snikkars, the supply of low-carbon energy is 452bn kWh, while the demand from exporters is half of this volume, and retail demand is still shaping up (which could add about 10%).

"The Ministry for Economic Development’s statement that the low-carbon, long-term development in Russia has to have an indicative CO2 price is a step towards getting a grasp on carbon trading in Russia," VTB Capital (VTBC) commented on August 25.

The analysts remind that the Sakhalin experiment currently implies RUB150-2,000 per tonne price, while just recently the ministries stated that the EEU needed to align carbon pricing in the bloc’s countries.

"In terms of the low-carbon certificates, the approval of the legislation has been delayed, with industrial consumers being active in signing bilateral contracts and international I-REC certificates," VTBC reminds.