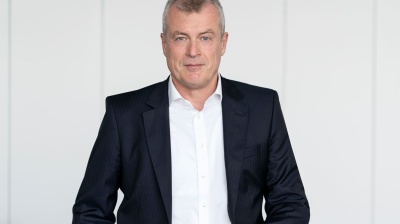 Jochen Eickholt (pictured), the chief executive of Siemens Gamesa, one of the world’s largest turbine makers, told the Financial Times that if Europe were serious about energy independence and wind energy, turbines should be considered as strategically important. / Siemens Gamesa
By by Roberta Harrington in London October 19, 2022

Siemens Gamesa, the leading wind-turbine manufacturer, has called for a quota system on the amount of EU-produced turbines installed in the trade bloc, reports the Financial Times.

Jochen Eickholt, the chief executive of Siemens Gamesa, one of the world’s largest turbine makers, told the FT that if Europe were serious about energy independence and wind energy, turbines should be considered as strategically important, and measures should be introduced to protect such a critical industry.

“That means there needs to be an element of knowing how to operate these things and manufacturing these things,” he told the newspaper.

Europe would “perhaps not have the cheapest answer, but would have an answer” if there are geopolitical tensions or supply chain problems, he said.

European wind turbine manufacturers have been struggling financially, cutting jobs and closing factories. The large original equipment manufacturers (OEMs) have in fact been operating at a loss because of supply chain disruptions and commodities, transport and labour inflation.

Siemens Gamesa, the third-largest maker last year and the largest for offshore turbines, according to the Global Wind Energy Council (GWEC), recorded a loss of €1.2bn ($1.17bn) in the nine months of 2022 ended in June, which was 233% more than the loss suffered in the same period one year before, reported the FT.

The Spain-traded company, which is also going through a restructuring, recently announced it was axing 2,900 jobs, which is one-tenth of its global staff.

Europe’s new energy security strategy – REPowerEU – calls for 510 GW of wind energy by 2030, up from 190 GW currently installed. WindEurope, the trade association, projects that this goal is plausible.

Eickholt commented there was “definitely a risk” that the wind turbine industry would come to look like the solar panel industry, where Chinese manufacturers dominate the market and the supply chain, a situation that the International Energy Agency (IEA) warned again in a report published in July.

“You have to see that we are meeting Chinese competition across the global markets and also increasingly in Europe,” Eickholt said, noting that Chinese manufacturers can often receive “additional support, typically from national or regional sources”, with ‘innovation funding’ in some cases 10-fold higher than that of the Europeans.

“At the end of the day, we feel that there is an imbalanced battle, or at least we do not have the same level of opportunities here,” he told the FT. “We are asking for a level playing field.”

bneGREEN: Energy efficiency investment turns the corner in 2022, but more is needed
14 hours ago
bneGREEN: EU energy ministers agree to speed up permitting and deployment of renewables temporarily
3 days ago
bneGREEN: ING: Euro sustainable bond supply set to stagnate in 2023
9 days ago
Bulgarian PV equipment company AmonRa Energy to hold IPO
11 days ago
bneGREEN: Climate paralysis at COP27 as no progress made on 1.5 degrees
11 days ago