bneGREEN: Poland looks ahead to the death of king coal 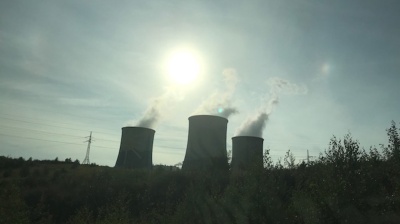 In mid-September, Bytom, a town of just over 160,000 people in the southern Polish region of Upper Silesia, gained a new attraction: a brand-new sports centre. “One of the most state-of-the-art facilities of this type in Europe,” the town’s authorities bragged on local media.

The sports centre occupies buildings of the former Rozbark coal mine, which stopped working in 2004 and has been, bit by bit, taken over by cultural and leisure amenities.

That may well be the future of Polish coal mines once – now it is no longer if – they stop digging up coal.

Poland today is still deriving as much as 70% of its electricity by burning coal and lignite in power plants, most of them built under the communists, the last one in 1988. But that is about to end – although the debate is raging over when it should and what exactly will replace it.

Poland belongs to one of Europe’s biggest polluters when it comes to releasing the climate-warming carbon dioxide (CO2) from its power sector. Electricity in Polish households and companies comes with an emissions tag of around 700 grams of CO2 per kilowatt-hour (kWh) produced, depending on whether there is enough wind and sun that day for the output to get a little more “green”.

By comparison, Germany, with its mix of nuclear power and renewables – supported by the still robust coal and lignite generation – typically emits less than half of Poland’s output; nuclear-reliant France is even cleaner, often producing at below 50g CO2/kWh.

For the most radical proponents of radical decarbonisation, Poland should wean itself off coal by 2030 at the latest, replacing coal-fired power generation capacity with wind and solar installations supported by gas – which then should incrementally give way as renewables take over completely – or nuclear, depending on who is speaking.

But that is meeting fierce resistance from the mining sector, which, though weakened by years of decline in political importance, is still strong because of its 80,000 workers. The government is also wary of winding down the industry – as much for the fear of protests as it is because of worries about the security of energy supply.

“It just doesn’t make any sense to pull out some date and stick to it when there’s no clarity on how you’re even going to get there,” said Robert Tomaszewski, an energy market analyst with Polityka Insight, a think-tank.

“We don’t know how much nuclear power we’re going to have in the 2030s, if at all. We don’t know how much gas there will be in the mix, either. There also are other factors at play, like, for example, the future shape of the capacity market. Taking that all into account, we may only suspect that the last Polish coal-fired power plant may go offline around 2038,” Tomaszewski added.

The government’s strategy of ending coal’s era in Poland rests on two pillars. One is moving all coal assets – coal mines and coal-fired plants – to a new state-run entity called the National Energy Security Agency (NABE). The second is to run NABE until the last coal mine is shut down in 2049 after a protracted programme of retiring the coal mines and the plants, with an accompanying scheme to ensure no miner is left behind with no means to make ends meet when they lose their job.

The plan is about to be sent to the European Commission for approval of what essentially is public aid for coal mining, estimated at some PLN2bn (€430mn) a year for nearly three decades. Poland hopes that the Commission will not object to the overall idea: that an uncontrollable collapse of a huge and strategic industry would be a disaster, with fallout going far beyond the Polish borders.

“It will be enough that the Commission does not reject the programme as a whole,” a government source told the Business Insider magazine in mid-September.

NABE, the government hopes, will enable Poland’s state-controlled power conglomerates – PGE, Tauron, Energa, and Enea – to have more resources to invest in cleaner energy generation: offshore and onshore wind, solar, and gas. The companies themselves also hope that once coal-free, they will become more investable and insurable.

A debate is raging in Poland not only about when coal will stop being the staple fuel of the Polish economy but whether the future growth will be powered by renewables only – with gas as baseload before energy storage renders it useless – or by renewables and nuclear.

Before Poland gets round to building its first nuclear power plant – the last major CEE country to do so – coal is expected to wither anyway, as the state power companies and thousands of households and businesses invest in grid-scale and individual sources of energy such as solar and wind.

On sunny days this spring and summer, there already were times when solar power covered up to 10% of demand in Poland. With more solar panels to be added and the first offshore wind installations to start feeding electricity to the grid by the late 2020s, coal’s share in Poland’s energy mix is expected to plummet.

“Market forces and pressure from the people may well accelerate the departure from coal,” said Andrzej Chwiluk, the leader of the ZZG mining union at the recently retired Makoszowy coal mine in the Upper Silesian town of Zabrze.

Poland’s official long-term energy strategy assumes that coal will be no more than 28% of the mix by 2040, with the lower bound as little as 11%. That will largely depend on Poland’s capacity to pull off its ambitious nuclear programme.

“It’s a greenfield project and Poland doesn’t have any experience,” Tomaszewski warned.

With no nuclear, Poland would need to bet on renewables and gas to move away from coal and effectively reduce the emissions load from its power sector. Whether that will be enough to get on the path towards climate neutrality – its official EU-imposed deadline is 2050 - is another issue.