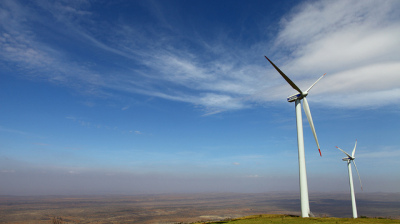 / bne IntelliNews
By by Roberta Harrington in London October 5, 2022

Europe’s renewable energy supply chain is under threat from soaring power prices, says Rystad Energy of Oslo.  As much as 25% of solar and battery manufacturing capacity in Europe is at risk, says the research firm.

Electricity prices have soared more in Europe since imports of Russian natural gas have been cut in the wake of Moscow’s invasion of Ukraine.

The record-breaking electricity prices across Europe are damaging the continent’s attempts to build a reliable low-carbon supply chain and reach its decarbonisation targets, said Rystad in research released in early October. Solar and battery manufacturers are especially facing mounting costs, it said.

With manufacturers in other regions, such as Asia, enjoying lower electricity input tariffs, European producers are becoming increasingly uncompetitive by comparison, said Rystad.

These manufacturing processes are energy-intensive, which is leading some operators temporarily to close or abandon production facilities as the cost of doing business escalates.

“High power prices not only pose a significant threat to European decarbonisation efforts but could also result in increased reliance on overseas manufacturing, something governments are eager to avoid,” said Audun Martinsen, Rystad Energy’s head of energy service research. “Building a reliable domestic low-carbon supply chain is essential if the continent is going to stick to its goals, including the REPowerEU plan, but as things stand, that is in serious jeopardy.”

REPowerEU is a plan launched earlier in 2022 to reduce dependence rapidly on Russian fossil fuels and fast forward the green transition. Russia invaded Ukraine in February.

Rystad notes that European electricity prices have risen to unprecedented levels in recent weeks due to unplanned nuclear and hydropower plant (HPP) outages, soaring demand for cooling during an oppressive summer heatwave and reduced gas deliveries from Russia.

Daily average spot power prices in Germany – Europe’s leader in solar and battery cell manufacturing capacity – have, at their highest, surpassed €600 ($592) per MWh, while rates in France have topped €700 per MWh.

During peak hours, European power prices have spiked to €1,500 per MWh, unsustainable levels for consumers, including the industrial sector, warned Rystad. Although prices have retreated significantly since these record highs in August, rates remain in the €300 to €400 range, many multiples above pre-energy crisis norms.

In recent years, Rystad pointed out that Europeans have benefited from reliable and affordable electricity. Low-carbon manufacturers have also predicated their build-up of production capacity on stable power prices of around €50 per MWh, said Rystad.

Although Europe’s solar manufacturing capacity is relatively modest on a global scale – making up only 2% of total capacity – any shutdowns or abandonment of projects would have significant long-term negative consequences, said Rystad.

The EU is trying to grow its domestic manufacturing capacity. The EU has targeted 20 GW of production capacity by 2025, and although 35 GW of projects is currently planned, many have not secured funding, increasing the risk that these projects will fall through if high power prices continue, said Rystad in its research note.

In Norway, electricity costs have risen six-fold, leading the energy intensive solar panel manufacturing industry to consider shutting down for the remainder of 2022.

With Europe expected to be short on gas for several years and high electricity prices to continue as a result, attracting financing and investment for solar manufacturing plants could prove challenging, predicted Rystad.

For its part, battery cell manufacturing – crucial in the EV and battery storage supply chain – is even more energy-intensive than solar manufacturing, and Europe is a major global player.

Announced projects under development are set to boost that total significantly, increasing capacity to 2.7 TWh, positioning the EU as a global leader, continued Rystad. However, those are now at risk and the car manufacturing and battery storage sectors could struggle to source European-made batteries as a result, the research firm said.

One example is Britishvolt’s signature giga-sized battery factory in Blyth in the UK – which would add 30 GWh to the continent’s manufacturing capabilities. It has already been delayed to mid-2025 due to rising energy costs and the need for additional fundraising.

With Chinese manufacturers enjoying much lower power prices, European manufacturers’ plans to rapidly scale production could be challenged. Depending on how long elevated power prices continue, a slowdown in EV adoption in Europe could follow, concluded Rystad.