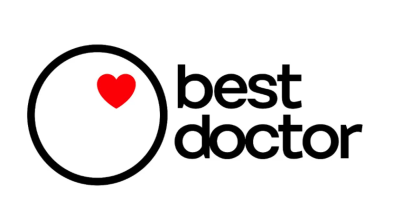 In late May Russian insuretech leader BestDoctor closed a $26mn round with an impressive investor consortium. The money was brought in by Winter Capital, a Moscow-based international fund backed, in particular, by billionaire Vladimir Potanin; UNIQA Ventures, which is affiliated to a major Austrian insurance group owned by Raiffeisenbank; and VNV Global, a major Swedish VC firm, reports East-West Digital News (EWDN).

The details of the transaction were not officially disclosed, but Forbes Russia reported a valuation of $90mn.

BestDoctor touts itself as “the first and fast-growing Russian medical insurance technology company offering high-tech insurance products for corporate clients.” Mark Sanevich and Mikhail Belyandinov, two of its founders, were ranked by Forbes in their “30 under 30” ranking for Russia in 2020.

That same year, BestDoctor’s revenue reached RUB1.7bn (nearly $25mn at the average exchange rate of 2020), reports Forbes Russia. The company now claims to serve some 140 companies –  including such digital majors as AliExpress Russia, IVI, Mail.ru Group, MegaFon and Ozon –  with a network of some 14,000 partnering medical organisations across Russia.

“Today, the health insurance industry is experiencing a digital revolution, as many services are moving online, which increases the convenience of their use and expands their availability to a huge number of users,” Forbes Russia quoted Anton Farlenkov, managing director of Winter Capital, as saying. “BestDoctor is at the forefront of this process, accelerating the transition of the health insurance industry to a more modern and qualitatively new level.”