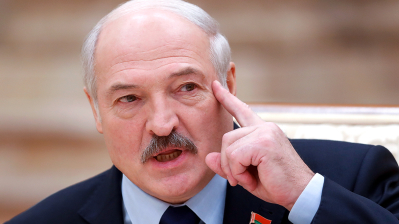 Russia has refused to discuss with a high-level delegation from Minsk possible ways of compensating Belarus for its multi-billion losses from the so-called 'tax manoeuvre' in the Russian oil sector that will effectively cut energy subsidies to Belarus.

Russian Deputy PM Dmitry Kozak told journalists on December 13 that he did not consider it right to discuss this issue and the gas price issue "before fundamental decisions are made on progress towards further integration between Russia and Belarus".

The end of the oil subsidies could derail the nascent Belarusian recovery and will cost Minsk billions of dollars in lost income. Belarus president Alexander Lukashenko caught the headlines over the weekend by claiming Russia was attempting to annex Belarus by using energy as a tool.

The Belarusian leader believes that under the pretext of "deep integration" Moscow wants to include his country in Russia. He stressed that he clearly understands all the hints, but believes that sovereignty for Belarus is “sacred.”

“If they want us, as [Russian nationalist and LDPR leader Vladimir] Zhirinovsky proposed, to be made a regions and shoved into Russia, this will never happen. And if the leadership of Russia is thinking in these terms, this is to the detriment of Russia itself... For us, remember, sovereignty is holy, ” the Belarusian leader said.

These statements appeared against a background of a meeting between Russian Prime Minister Dmitry Medvedev with his Belarusian counterpart Sergei Rumas in Brest the same day, who were discussing progress in creating a common market under the auspices of the Eurasia Economic Union (EEU).

"Russia is willing to move further in the development of the Union State [between Belarus and Russia], which would include the establishment of a common issue centre, a common customs agency, a common court and a common accounts chamber in the sequence specified in the [...] 1999 treaty on the formation of the Union State," Medvedev said. "In this respect, it is necessary to implement common tax and pricing policies in the areas that are beyond the competence of the Eurasian Commission."

The statement has immediately triggered worries in Minsk over possible Moscow's attempts to launch a new economic, trade and military aggression in the region against its post-Soviet neighbour, which could follow the Kremlin's annexation of Ukraine's Crimea in 2014 and fuelling of the Donbas military uprising.

The Russian government is about to implement a crushing change for Belarus' battered state budget by cancelling exports of petroleum products. The so-called 'tax manoeuvre' in the Russian oil industry envisages a gradual reduction in the rate of export duty on oil and petroleum products from 30% to zero in the period from 2019 to 2024 and a proportionate increase in mineral extraction tax on oil production.

Minsk’s newly-appointed ambassador to Russia Vladimir Semashko said in November that the oil and gas negotiations with Moscow have brought little progress so far.

At the same time, Minsk and Moscow seek to secure energy deal by December 15. "There are doubts as to whether [an agreement will be reached] by December 15, but we will agree sooner or later," he added amid growing worries in Minsk about new financial crisis, which could be triggered by Russia's expected tax manoeuvre.

On December 8, a spokesperson with Belarusian President Alexander Lukashenko said in a televised interview that Minsk already lost $3.6bn due to Russia's cut of energy subsidies to Belarus. Due to Moscow's 'tax manoeuvre' Belarus will lose extra $11bn within the next four years, the spokesperson added.

Belarus’ foreign exchange reserves increased by $181.3mn, or 2.6% month-on-month, to $7.108bn in October. However, significant part of the reserves were created by bonds issued by the National Bank of Belarus (NBB), which the regulator should repay within the next 12 months. The bondholders of these notes are local commercial banks.

"Our main trading partner is not Germany, Mr Putin"

On December 6, a bitter dispute broke out between Lukashenko and his Russian counterpart Vladimir Putin during an EEU summit in Saint Petersburg.

"I draw attention to the fact that today the price is $129 per 1,000 cubic meters for Belarus and will be $127 next year, while it is $250 for Germany," Putin said during the event. "This is certainly a great advantage for our allies within the EEU, although we should definitely try to make prices completely the same. But this requires time and a different degree of integration between our countries, which is a subject of negotiations."

"You are right, but our main trading partner is not Germany but Russia, and it is important to us that there are equal conditions, primarily in Belarus and brotherly Russia," Lukashenko fired back immediately, adding that Belarus advocates the comprehensive and unconditional fulfilment of obligations by all the EEU member countries, according to BelaPAN news agency.

Lukashenko underlined that an agreement had been reached to create single markets of natural gas, oil and petroleum products within the EEU by 2025.

"We made this decision and we have to do everything within the set timeframe and ensure that there are stable and fair conditions in the fuel and energy sectors within the EEU," he said. "There are no interests of suppliers and consumers of energy resources in allied relations. There is an integral system – the Eurasian Economic Union."

He said that he completely agreed with the Russian president that it was necessary to develop new areas of cooperation, including in the fields of nuclear power and renewable sources of energy. "But the lack of consensus on principles for creating a single market of oil and gas does not allow the EEU to progress at a faster pace," Lukashenko added.

In November, the International Monetary Fund (IMF) warned the Belarusian government to prepare"contingency plans" if energy negotiations with Russia fail. "Although the government sees a low probability of less than full compensation for the tax manoeuvre losses, contingency plans would be helpful if such an event were to materialise," the IMF said in a statement.

According to the multinational lender, in such an event, oil-refining activity would be reduced, dampening export revenue and growth. Tax revenues would also be hit due to lower economic activity, lower transfers from Russia, and lower customs duties.