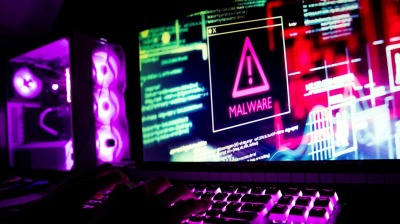 Despite tens of thousands of tech workers fleeing Belarus since 2020, the country’s IT sector has shown remarkable growth resilience. Between January-May this year, Belarus’ IT sector grew by 8.3% as other sectors of the economy showed negative growth numbers. However, this exceptionalism might be coming to an end, as Belarus’ IT sector is now clearly facing stagnation.

The Minsk regime is aware of this, and while it has had an ambivalent relationship towards the country’s IT businesses for the last two years, the IT sector’s synergetic effects are now increasing in importance for the regime.

The regime and the IT sector – reluctant reconciliation

On February 8, bne IntelliNews reported on the possible future for Belarus’ Hi-Tech Park, an IT hub which has hosted Belarusian companies working with large international companies like Google and Microsoft, but which has also given birth to many Belarusian success stories since its founding in 2005.

The conclusion then was that despite the regime’s anger over the fact that many tech workers had partaken in anti-government protests and supported the opposition in 2020, the regime would not close the Hi-Tech Park due to the IT-sector’s considerable contributions to Belarus’ economic growth.

Instead, the regime could strip the Park of some of its benefits, while also strengthening its grip over the sector to ensure that it doesn’t grow too large or fosters a Western leaning work culture that harbours negative sentiments against the regime.

After Russia began its invasion of Ukraine on February 24, the exodus of IT workers from Belarus rose rapidly. Many feared that they would be drafted into the army, get caught up in repressions for their anti-government sentiments or anticipated the Western sanctions would lay complete waste to Belarus’ economic growth.

While speaking with Russia’s ambassador to Belarus, Boris Gryzlov, on May 12, Belarusian President Alexander Lukashenko clarified that the Hi-Tech Park would not be closed and that the IT industry in Belarus would continue to receive state support for its development.

Lukashenko emphasised the need for Belarus’ and Russia’s IT sectors to not mainly work towards Western markets, but instead to “create a finished product from scratch and implement it here, in the post-Soviet space, first of all, in Belarus and Russia.”

This year, Russia and Belarus have moved quickly to create manufacturing and technological co-operation and joint import substitution projects to dampen the effects of Western sanctions. For this strategy to be successful, strong co-operation in and development of the IT sector is also needed due to its synergetic effects with other economic sectors’ in improving intra-industry trade, optimising production processes and lowering administrative costs.

However, disregarding the purely “economic” sphere, the IT sector’s synergetic effects stretch all the way to Belarus’ and Russia’s cyber security spheres.

Russian and Belarusian produced IT products will help both countries to strengthen their control over the media and information space and ensure a secure supply of advanced software to the countries’ military-industrial complexes and security forces.

While Lukashenko talked to Gryzlov on May 12, the State Secretary of Belarus’ Security Council, Aleksandr Volfovich, the same day made some notable statements in an interview with the Russian magazine “National Defence”.

Volfovich declared that cyberspace was becoming an “independent theatre of military operations,” and announced that Belarus and Russia had drafted a concept of Information Security for the Russian-Belarusian Union State.

The concept considers “the threat of negative information impact aimed at destroying the cultural and spiritual traditions of the peoples of Belarus and Russia, distorting the historical truth,” a matter which the Minsk regime has long been portraying as a threat to its national security in order to delegitimise the country’s opposition.

However, it’s also been a key point for Russia in combating Western and Ukrainian narratives of its invasion of Ukraine, which has sought to legitimise that invasion by saying that Ukraine is occupied by fascists or by claiming that the three post-Soviet countries belong as one, giving Russia every right to conquer Ukrainian territory.

According to Volfovich, the concept focuses on developing “technological independence by building a unified information infrastructure, including in the interests of ensuring the security of the Union State in ICT, and also developing public-private partnership in information.”

This draft concept is not something that’s only being pushed by regular high-ranking government officials, as Volfovich added that it had been approved both by Lukashenko and Putin.

Volfovich’s statements are reflective of a key strategy in Belarus’ and Russia’s offensive against the West and Ukraine, as they have been intensifying cyber warfare this year.

In June, the cybersecurity firm Mandiant accused the Ghostwriter group of spreading disinformation that Poland would deport Ukrainian men aged 18-60; and on July 13, Bulgaria’s Deputy Interior Minister announced that Bulgaria had blocked 50,000 IP addresses and 500 domains from Russia and Belarus since February 24, as they were being used in attacks by Russian and Belarusian hackers.

The simultaneous release of Lukashenko’s and Volfovich’s statements is not without significance, when we also see that Belarus is indeed intensifying its cyber warfare activities.

At the same time, Belarusian opposition hacktivists are on the other side of the front line in this emerging theatre of war. Only hours after Russia’s invasion of Ukraine was launched, the Belarusian hacker collective Belarusian Cyber Partisans formed the “Tactical group of Belarus”, which joined Ukrainian hackers in their cyber warfare against Russia.

Moreover, various attempts to attract fleeing Belarusian and Russian tech workers to bolster cybersecurity are being proposed in the West too, as per the words of the President of Germany’s digital association Bitkom: “By bringing IT specialists from Russia and Belarus to us, the aggressor will be noticeably weakened.”

Having previously watched calmly as a highly international competitive and broad IT sector developed in Belarus up until 2020, the Belarusian regime began rooting out any and all opposition-minded IT business leaders and tech workers in 2021.

As the regime further isolates itself internationally both on the political and economic arenas, it’s now actively working to turn the synergetic effects of the IT industry to its advantage in further integration with Russia and its political war with the West.

In Lukashenko’s plan to acquire a firm control of every sphere of Belarusian economic and civil society activities, the IT industry may find its place in the middle of his security and military apparatuses’ goals to increase their defensive and offensive capabilities in cyberspace.