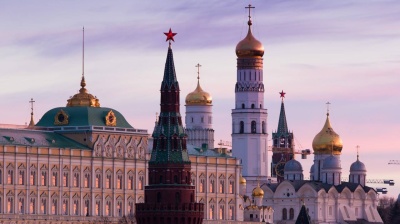 The Kremlin is working out its game plan for delivering a strong vote for Putin next year.
By Aaron Schwartzbaum in Washington DC March 29, 2017

Between the latest on investigations into the Trump camp’s Moscow ties and widespread protests this weekend, Russia has been in the news quite a bit recently. But two pieces of news have gone largely under the radar, both with major implications for the 2018 election and beyond.

The stories concern the Kremlin’s plans to activate its state-owned enterprises (SOEs) as part of a massive get-out-the-vote operation in upcoming presidential elections and as a tool to keep track of potential instability in Russia’s struggling regions. Both these issues were thrown into sharp relief on the weekend of March 26 after tens of thousands protested in over 80 cities against the rampant corruption that is eating away at the average Russian’s quality of life – the biggest protests since 2011 and first since the 1990s where the regions played a prominent role.

The lack of coverage of these stories belies their importance, especially given the central role that these companies continue play in Russia’s economy. While the policy is a smart short-term step, it has risks for Russia in the mid-term, particularly for its reform agenda.

According to business newspaper Kommersant, the Kremlin plans to turn to state companies not only to boost turnout in 2018, but potentially as a basis for the whole campaign, in what experts are calling “corporate mobilisation”.

It’s a pretty radical move and in effect means the Kremlin is abandoning, or at least downgrading, its own “party of power” United Russia. The report suggests that the Kremlin doesn’t think the party’s organisational resources are sufficient to secure the necessary turnout to legitimate the vote.

The turnout reached only 47.8% in parliamentary elections this year. If the turnout falls any further that undermines President Vladimir Putin’s credibility to pursue reform. And Putin’s political power in the Kremlin is predicated on his sky-high approval ratings and popularity with the voter base. It makes him irreplaceable.

The strategy would see companies such as nuclear power and research provider Rosatom and oil giant Rosneft, both of which have a presence across Russia, both physically and via their own media holdings, turn out the vote in the cities in which they operate. One source in the report comments: “If there’s a chance to work with the factories of state corporations, turnout will be 70%.” Indeed, authorities have set themselves a goal they’ve termed “70/70”: 70% turnout and 70% support for Putin.

The other news, from newspaper Vedomosti, concerns a separate move to use state corporations to keep a finger on the pulse of Russia’s regions (essentially the local equivalent of US states), at least through the elections which are slated for May 2018.

From April, companies from the energy to automotive sectors will provide the Kremlin regular updates on events, “that may exert a negative influence on the socio-economic situation in the regions”, as well as suggesting means to mitigate such risks. The reports go beyond the usual scope of what the companies provide the Kremlin, namely information on major events that officials can attend and build support. Several experts comment that economic concerns such as inflation and salary delays are the topics of greatest concern for the Kremlin, especially before elections.

The strategy marks a change in the way the Kremlin uses its state companies. state-owned enterprises (SOEs) around the world are frequently activated for other-than-business ends, or for tasks other than maximising profit. In Russia they’ve been used to fund massive and wasteful infrastructure projects, keep people hired during the recent downturn, and even in preparation for the Sochi Olympics. While such actions have clear political consequences – for one, maintaining employment keeps people happy and more disposed to vote for United Russia – they are themselves not overtly political activities. Turning people out at polling places and keeping an eye on regional stability are.

The key medium-term risk for Russia here is not that this strategy is unlikely to succeed, it’s that it is. Putin faces a difficult domestic agenda after the elections, including unpopular items such changes to the pension system that would see a higher retirement age as well as tax hikes, and he needs the legitimacy that a meaningful electoral victory provides.

State companies have a broad reach across Russia, including in many depressed one-company towns, and they provide employment to at least 6% (likely more) of Russians, or some 8.6mn people. Given this reach, and that many Russian directly depend on them for their livelihood, these companies are well placed to both turn out votes and keep a watchful eye over the process. And that is before they suggest that a job may become dependent on the way you vote. In short, the strategy would see a huge elevation of the political importance of the Kremlin’s SOEs.

This is an issue because Russia’s single most important economic challenge right now is reducing the state’s footprint in the economy. At present, the government is thought to control about 70% of GDP directly or indirectly, according to the National Anti-monopoly Service.

The Kremlin’s economic gravity has led to tremendous inefficiency, and capped growth at a tepid 1.5-2%. Turning these companies into a critical political resource for the Kremlin makes the chance of meaningful economic reform in Russia that much more of a reach: why would officials part with a key element in getting themselves re-elected?

This is a problem that will likely be exacerbated by the end of Putin’s next term. Because Russia’s political system is essentially built around Putin, whoever replaces him inherently will not have as much political influence. And what better a tool to use in building influence than the Kremlin’s economic champions? Gazprom and Rosneft may come to the rescue, but the cost could be sorely-needed reforms.

Aaron Schwartzbaum is the publisher of Bear Market Brief