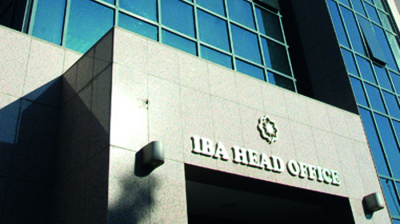 The Azerbaijani government has finished taking over $2.2bn worth of external debt owned by the country's largest bank, International Bank of Azerbaijan (IBA), APA news agency reported on March 5 citing an annual report of the cabinet of ministers.

State-owned IBA, the largest lender in the country, defaulted on $3.3bn worth of foreign obligations in May 2017, prompting a debt restructuring process that saw its obligations swapped for dollar bonds issued by IBA and the government. Of the $3.3bn, Azerbaijan's sovereign oil fund Sofaz owned $1.1bn in debt, and Baku angered some of the lender's creditors by using the Sofaz debt to influence the group decision in its favour.

IBA has been plagued by problems ever since March 2015, when a sudden depreciation of the Azerbaijani manat pushed the bank on the brink of default. The government rescued the lender and proceeded to increase its stake in it from 51% to over 80% over the years, by injecting capital and taking over AZN14.7bn ($7.3bn) worth of non-performing loans.

IBA's former chief executive, Jahangir Hajiyev, was sentenced to 15 years in prison for embezzlement and abuse of power. It appears that IBA was running on a faulty business model, whereby it borrowed from abroad in foreign currency and lent domestically in manats. The depreciation of the local currency contributed to its problems. However, the lender is also believed to have lent large amounts of funds to politically connected individuals and entities that never repaid their debts.

The government, known for its opacity, has not been transparent about the lender's problems or the process of cleaning up its balance sheet. So much so, that even ratings agencies like Moody's and Fitch have struggled to glean clear information over the years.

Despite the significant governance issues at IBA and in the wider banking sector in Azerbaijan, Baku said that it intends to privatise the lender once its rehabilitation is complete and the European Bank for Reconstruction and Development (EBRD), which states that it works to promote good governance, is considering buying a stake in IBA.

An Association of Certified Anti-Money Laundering Specialists (ACAMS) Eurasia Chapter has been launched in a bid to curtail regional exposure to trade-based money laundering and other financial ... more