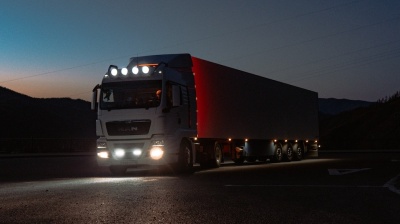 Western diplomats would like to peer into that truck. / Screeny 42: https://www.pexel
By Ani Mejlumyan for Eurasianet August 31, 2022

As international sanctions bite Russia and many Western companies have stopped doing business in the country, Moscow has tried to fill the gaps with a programme it calls “parallel imports.”

Armenia has reported a nearly 50% increase in trade with Russia, raising questions about what part Armenia is playing in supplying Russia with the foreign goods its economy needs.

While the data are inconclusive about whether Armenian companies are in fact engaging in parallel exports, or re-exports, the raw trade numbers have caught the attention of Western diplomats in Yerevan.

Armenian exports to Russia, its largest trade partner, grew 49% in the first half of 2022 compared with the same period last year, the country’s official statistics agency reported at the beginning of August. Imports grew 42%.

That suggests a heavy level of re-export, independent economist Suren Parsyan told Eurasianet. "There is no data that would specifically measure re-export, but there are clear economic indicators that help us understand that the volume is high,” he said. One example is that manufacturing has only grown 2.7%, compared to an overall export growth of over 50%.

Still, authoritative data are difficult to come by. The Armenian customs authorities release statistics only twice a year, and the last they have published are for 2021. Russia, meanwhile, has stopped publishing data. Russia’s customs service had previously published foreign trade numbers monthly, but the last such update came in January, the month before Russian tanks rolled into Ukraine.

Without those figures, it is impossible to know whether the increased exports from Armenia originated there or in a third country.

Western embassies in Yerevan are trying to determine whether the growth in exports to Russia is “natural” or “unfavourable,” one diplomat told Eurasianet on condition of anonymity.

Among the “natural” explanations: a rising dram has made Armenian exports to Europe comparatively unfavourable and exporters have shifted to Russia; Armenian companies can be trying to take advantage of the new paucity of Western goods in Russian markets; and Russian emigres to Armenia have set up businesses there and do business with Russia.

“However we don’t know, and we have doubts, if these three natural causes would explain such an upswing in trade,” the diplomat said.

There are varying levels of concern about what may be happening, the diplomat said: “Sanctions evasion is the centre of our attention, but we don’t have enough data yet. But re-exports are of course a concern, too.”

Sanctions against Russia and a potential economic crisis in that country are fraught with consequences for Armenia’s own economy, which depends heavily on Russia. But Armenian officials also have emphasised the positive of the new environment. Russian “companies under restrictions can enter the international markets in other ways, including through Armenian territory,” Minister of Economy Vahan Kerobyan told Shant TV shortly after the war in Ukraine started. “Along with many problems, there are also small opportunities.”

The ministry did not respond to queries from Eurasianet by the time this story was posted.

Armenia’s main export is heavy metals, which saw only a 4% increase in the first half of 2022 compared to the same period last year. But processed food exports increased 36%, and the fastest growing sector of exports was land, air, and water vehicles, which increased 2.3 times and is now the second-largest category of exports. That pattern suggests that the increase in exports is due to re-exports, wrote commentator Hakob Kocharyan on the news website 168.am.

While Western diplomats have expressed concern about similar patterns of re-export to Russia via Turkey, the volume of Armenian trade is so much lower that it is not as much of an issue, the diplomat said.

Given Armenia’s geopolitical situation, Western governments have long been lenient when it comes to economic relations with Yerevan’s anti-Western partners.

Now, Armenia finds itself more dependent on Russia than at any time in its post-independence history. Meetings between Armenian and Russian officials have become ever more frequent since the end of the 2020 war with Azerbaijan; Russia brokered the ceasefire to that war and Russian peacekeepers now protect the Armenian population of Nagorno-Karabakh.

Armenia, in turn, has abstained from many anti-Russia votes in international fora, has agreed to buy Russian gas in rubles and even plans to subsidise Black Sea ferry connections from Georgia to boost trade with Russia.

As long as Armenia is not abetting sanctions evasion, “I don’t believe this will seriously impact the West’s relations with Armenia,” analyst Benyamin Poghosyan told Eurasianet. “The US is interested in weakening Russia’s positions in Armenia,” he said. But they also don’t want to weaken the position of Prime Minister Nikol Pashinyan, he said.

“They know very well that they can’t find better candidates for leadership, so I don’t believe that the US is interested in making economic life in Armenia even harder, thus putting pressure on Pashinyan.”

“We understand the impact sanctions against Russia have on the Armenian economy,” a spokesperson from the US embassy in Yerevan told Eurasianet. “We appreciate the government’s continued commitment to comply with these sanctions.”

With additional reporting by Joshua Kucera