Albania clamps down on cannabis but trafficking of hard drugs increases 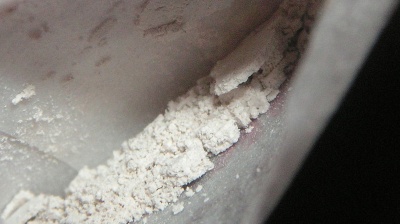 The US State Department has named Albania as a source country for cannabis and increasingly a transit country for cocaine and heroin trafficked by organised criminal groups to European markets, according to its latest International Narcotics Control Strategy Report.

The fight against corruption and drug trafficking is one of the priorities of the Albanian government led by Prime Minister Edi Rama, as part of its efforts to launch EU accession talks later this year.

The country was previously known as a major marijuana producer — at its peak, the cultivation of cannabis accounted for about half of Albania’s GDP — until a government crackdown in 2014 when it launched a large-scale military operation at Lazarat, known as Europe’s “marijuana mountain”. This significantly reduced the number of cannabis plantations, with Rama claiming in 2017 that large-scale plantations had been almost wiped out.

The State Department report said that the volume of seized drug and number of drug-related arrests in 2018 was significant, as a result of Albanian law enforcement cooperation with international partners, increased international pressure, and the country’s efforts to join the EU. Albania secured EU candidate status in June 2014, shortly after the operation at Lazarat.

However, the report adds that: “Albania’s role as source or market for illicit drugs beyond cannabis is minor, but there has been an increase in seizures of cocaine transiting Albania to Europe, in addition to discoveries of heroin and cocaine processing labs in northern and central Albania.”

According to the report, the source countries for heroin and cocaine are South America and Asia.

The State Department noted that corruption at every level of government limits the effectiveness of the fight against the drug and that drug traffickers are largely able to operate with impunity.

It advised Albania to continue the implementation of justice reforms and work to erode the influence of organised crime.

The high jobless rate and weak rule of law have created an ideal environment for the organised crime groups driving Albania’s drug control problem, said the report. Exportation of cannabis and movement of illicit drugs to European markets is a highly lucrative business for drug traffickers, the report concludes.

US engagement has increased Albania’s ability to detect drug smuggling at borders and set up a framework for Albania to target organised crime rings moving illicit drugs across the globe, according to the report.