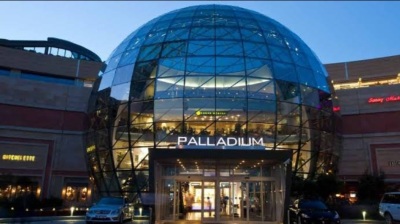 Under new ownership.
By Akin Nazli in Belgrade January 12, 2021

Tahincioglu Gayrimenkul has reduced its debts with the sale of Palladium Atasehir, while its overall sales to other real estate investment funds—owned by Ziraat REIT, Vakif REIT, Vakif Katilim, Ak Portfoy, Is Portfoy, Unlu Portfoy and Re-pie Portfoy—have amounted to more than $330mn, Tahincioglu added.

The sale price for Palladium Atasehir, which had monthly rental income of €1mn before the coronavirus (COVID-19) pandemic struck in Turkey early last year, was not disclosed, the publication noted.

On December 18, Akbank said in a stock exchange filing that it had bought The Les Ottomans Hotel in Istanbul, which was put up as collateral for a loan granted to Unit Investment NV. The purchase was made at an execution “auction” for Turkish lira (TRY) 430mn, offset against the receivable.

Akbank is also active in the telecommunications business through Turk Telekom. The telco was taken over by Akbank, Garanti Bank and Isbank in 2018 after the licence holder Oger Telecom defaulted on a $4.7bn loan.

Turk Telekom, 55% of which was sold to Oger Telecom in 2005 in a privatisation deal, marked the biggest default in Turkish history. Former Oger chairman and current PM-designate of Lebanon, Saad Hariri, was on January 8 hosted by Turkish President Recep Tayyip Erdogan in Istanbul.

In December, Turkish finance minister Lutfi Elvan said problem loans recorded as under close monitoring at Turkish banks had reached TRY382bn ($48.8bn), while there was an additional TRY151bn ($19.3bn) in non-performing loans (NPLs).

On January 12, a report from the banking association TBB showed that Turkish banks restructured TRY193.5bn worth of loans from 2018 to September 2020.

Restructured loans are thought to be recorded as under close monitoring but Turkish authorities do not provide data that is clear enough to show whether or not that is the case.

Banks are not obliged inform the TBB about all debt restructurings and the figure given may not reflect the whole restructured amount, business daily Dunya noted.

According to the latest data from the banking watchdog BDDK, Turkish banks’ loan volume stood at TRY3.55 trillion as of January 7, with TRY151bn worth of NPLs and an NPL ratio of 4.25%.

The figure is expected to extend into the 20%s in 2021 as Turkey’s loan volume has lately gone into decline.

The overall equity of the Turkish banking industry rose to TRY588bn at end-November from TRY573bn at end-October.