After night of confusion, missile that struck Poland now reported to be Ukrainian 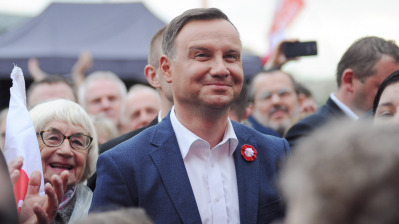 New details are starting to emerge about an incident in Poland near the border with Ukraine that took place on November 15, with US officials now saying it was “unlikely” the missiles that reportedly hit a Polish farm, killing two people, were fired from Russia or were Russian.

Early reports suggested that the explosion in the village of Przewodów was caused by Russian missiles that went off course over Ukraine. Russia hit Ukraine with an estimated 100 missiles on November 15, targeting civilian infrastructure in an attack that followed Russian troops' withdrawal from the key city of Kherson, a major setback for the Kremlin.

Those early reports appear to be contradicted by the latest intelligence from the US, however, based on the trajectory of the missiles.

The US and Nato have said it was too early to determine the nature of the incident and urged caution.

US President Joe Biden, who is in Bali, Indonesia, for a G20 summit, said that it was “unlikely that [the missile] was fired from Russia, but we’ll see.”

Polish authorities said on November 15 that they were investigating the incident and have not commented on the latest information coming out of U.S. services as of this morning.

The article covers consultations between the alliance’s member states “whenever, in the opinion of any of them, the territorial integrity, political independence or security of any of the parties is threatened”.

Before the latest intelligence emerged from Washington, Poland had said it was raising the readiness of some of its army units.

Poland’s foreign affairs ministry had also summoned Russia’s ambassador to present an “immediate and detailed explanation” of the incident, which, it said at the time, was caused by a “Russian-made missile”.