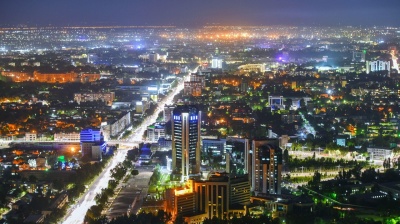 With strong performance across many listed companies on the Tashkent Stock Exchange this year, it’s worth taking a moment to reflect on the evolution of the exchange and broader economy to emphasise why the once-in-a-generation re-rating of Uzbek assets is still in its early days.

Phase I of a three phase re-rating

While select equities have run strongly this year, it is highly probable that investors have missed out on very little of what is likely to be a three-to-five-year re-rating of listed equities on the Tashkent Stock Exchange, and an even longer re-rating of the overall economy and real estate market.

The recent performance in the market is merely confirmation of “Phase I” of Asia Frontier Capital’s broader investment thesis—Phase I can be summed up as the initial re-rating of existing listed equities from being “unreasonably cheap” to simply “deeply undervalued”. This has already begun and is being accelerated by the inflation, central bank policy and bank term deposit rates all falling, thereby making listed equities increasingly attractive to local and foreign investors. 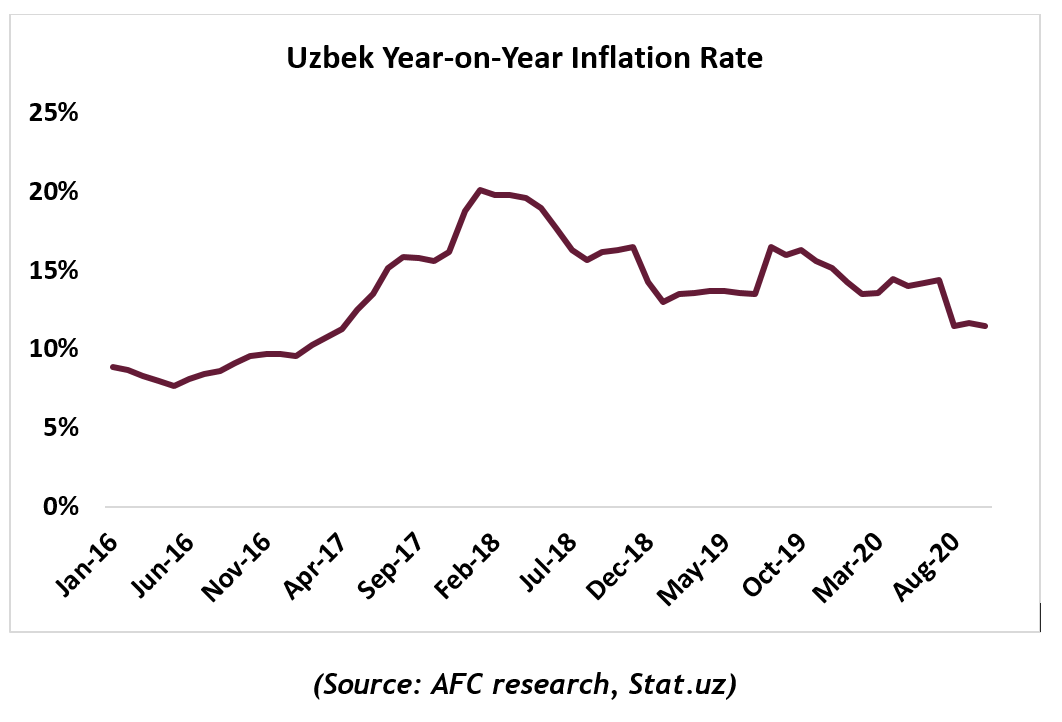 In 2018, the once-in-a-generation valuations of the majority of Uzbekistan’s listed equities made it abundantly clear that they couldn’t get much cheaper. The country, and its equity market in particular, had been “left for dead” by foreign investors following the global financial crisis of 2009, while local investors preferred bank term deposits which at the time paid annualised interest rates of up to 22% in local currency terms.

Jim Rogers famously said: “I just wait until there is money lying in the corner, and all I have to do is go over there and pick it up.” Asia Frontier Capital and a fellow frontier markets investor from Taiwan were the first foreign institutional investors to re-enter the Uzbek market in 2018 and build positions in “blue-chip” equities. Regarded as “crazy” by many locals for considering acquiring shares in the domestic capital market, and in some cases willing to purchase large blocks of shares at prices locals deemed “expensive”, early investors during Uzbekistan’s re-opening were gifted the opportunity of ample weak hands willing to sell their shares at “deal of the decade” prices. Who wouldn’t be comfortable paying what appeared to be high prices at the time in order to build initial positions, knowing that as local and foreign investors caught on to the reality of what was happening that a stampede to acquire shares would soon drive prices higher?

Several listed companies at the time had up to 70% of their market capitalisation in cash with zero debt and were growing their earnings by several hundred percent per annum; some even hosted dividend yields as high as 50%. While share prices have certainly risen and dividend yields have compressed, many listed company valuations, to reiterate, have merely gone from being “unreasonably cheap” to “deeply undervalued”, meaning there should be several more years of upside ahead.

As “Phase I” of our thesis continues to unfold, we believe “Phase II” is approaching as large and high-quality state-owned enterprises gradually advance toward privatisation through the stock market.

The question of what percentage of listed companies are wholly privately owned is often asked, and the answer is very few, since Uzbekistan, until 2016, was a centrally planned economy with the State heavily involved.

Since the fall of the Soviet Union, and subsequent launch of the Tashkent Stock Exchange on 8 April 1994, state-owned enterprises have been partially privatised through the exchange, which today hosts 144 companies and has a market capitalisation of $5bn. Historically, listed equity valuations have been so cheap (otherwise known as highly attractive deep value opportunities) that private companies were unwilling to sell equity through the exchange. Rather, they have opted for private equity investment in order to obtain higher valuations; this is the opposite of what typically happens around the world as listed companies usually trade at higher valuations due to their liquidity premium.

Once the initial re-rating phase of existing listed companies further matures, it’s expected to start seeing high-quality state-owned enterprises IPO and/or be privatised through the stock market (Phase II of our thesis). The liquidity and market participation generated by these privatisations and higher valuations should in due course trigger Phase III of our thesis which is for private companies to pursue IPOs. Listing costs on the Tashkent Stock Exchange are very affordable and listings will provide companies with a straightforward avenue for financing, relative to private equity or debt financing from banks which often come with restrictive conditions.

Back to Phase II. Before private companies aggressively participate in the market, several large state-owned companies in the commodities sector are expected to IPO. This should transform the capital markets of Uzbekistan by attracting new institutional capital, as well as dramatically increasing the market capitalisation and liquidity of the exchange. In mid-November, one of the most notable (and highest-quality) state-owned enterprises finalized its consolidated IFRS reports which were audited by Ernst & Young. The company has also retained KPMG for pre-IPO analysis before a planned IPO in 2023. The company is Olmaliq Kon-Metallurgiya Kombinati (TSE: AGMK), a large mining company producing copper, zinc, molybdenum, gold and silver. AGMK also accounts for 90% and 20% of Uzbekistan’s silver and gold production, respectively.

The miner is scheduled for privatisation in 2023 through an international IPO and secondary offering of existing shares though the Tashkent Stock Exchange. While its valuation has not been publicly disclosed, it is expected to be several billion dollars. That would nearly double the current market capitalisation of the exchange. Several other such companies (including Navoi Metallurgical Mining Kombinati which operates the largest open-pit gold mine in the world, Muruntau) are scheduled for similar privatisation towards the middle of the decade and should help to accelerate foreign investor attention as regards the very attractive and highly diversified economy of Uzbekistan.

Projected by the IMF to grow 0.7% in 2020 with growth rebounding to 5% in 2021, at a time when large portions of the global economy are unfortunately subjected to varying degrees of government-mandated restrictions, Uzbekistan very much gives the feeling of January 2020. COVID-19 is certainly an issue in Uzbekistan, though it appears the government has accepted the fact that the virus can’t be stopped through quarantine drives (of which there were two earlier this year) and has opted to instead open up the economy. This decision by the Mirziyoyev administration can be clearly felt (and should be celebrated) as construction sites are buzzing, schools are back in session, foreign tourists are welcome, cafes, restaurants and pubs are open and there is no “social distancing”. This response by the government, one of the best in the region, is likely what has translated into a very positive third quarter earnings season, with many listed companies reporting superb results.

The below table highlights some of the listed company valuations on the Tashkent Stock Exchange and their earnings growth on a trailing 12-month basis and for the third quarter year-on-year. Valuations for the majority of the portfolio remain far too cheap. Continued growth expectations should be supported by the further liberalisation and diversification of the economy, rising foreign direct investment, growing exports and improved purchasing power among the local population.