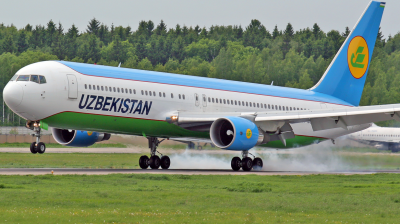 On November 15 Uzbekistan’s Capital Markets Development Agency (CMDA) organised an investor conference in Tashkent which brought together over 300 participants to discuss the future outlook for the capital markets. Afterwards, the CMDA announced it would be short-listing 20 companies for IPO/SPO through the Tashkent Stock Exchange, with the official list to be published by February 2020.

Already publicised is the fact that 12% of the Uzbek Commodities Exchange (TSE: URTS) and 5% of glass producer Kvarts (TSE: KVTS) are slated for near-term privatisation (the privatisation of KVTS is ongoing and that of URTS should occur within coming months). Following these two companies, Jizzakh Plastics, a plastics producer, is preparing to conduct a secondary offering in which it will issue 20% new equity to be used for expansion. Future listings and privatisations will likely include Navoi Metallurgical Mining Company (NMMC), Uzmet Kombinati (TSE: UZMK), oil & gas producer Uzbekneftegaz and the national airline, Uzbekistan Airways, among others.

While most of these privatisations should occur in a single transaction, others will occur in stages—for example the government aims to privatise 20% of Kvarts through the stock exchange in tranches of 5% so as to ensure the issues are fully taken up by investors.

Privatising millions of dollars of state shares at once through the stock exchange would likely be ineffective at present as local investors are active, but not active enough to absorb tens of millions of dollars in new shares, while foreign institutional investors are only just beginning to enter the market, helping to increase demand for shares. A slow but steady privatisation of companies is better as it gives a broad base of local investors the opportunity to understand the value in some of these privatisations and also prevents single investors from gaining control of state assets, often at quite attractive prices.

In a bid to increase liquidity on the Tashkent Stock Exchange, the CMDA says it is targeting not less than five IPOs in 2020. It will also lift an arbitrary cap on SPOs/IPOs where previously each investor was able to subscribe for a maximum 0.05% of the issue. Going forward, the CMDA appears to be targeting a cap of 3% per institutional investor which should help to ensure future privatisations are successful. Increased absorption of privatisations will help to increase liquidity at the Tashkent Stock Exchange and therefore accelerate price discovery, driving the market capitalisation of the exchange higher (as of November 30 the market capitalisation of the Tashkent Stock Exchange stood at $4.8bn, or 9.5% of Uzbekistan’s GDP).

In addition to state privatisations, several banks are expected to issue eurobonds, with O'zsanoatqurilish Bank (TSE:SQBN) having been a first mover, issuing a $300mn 5-year eurobond on November 25. The bond was priced with a YTM of 5.75% (initial expectations were for 6.5%) and was 4x oversubscribed. SQBN’s credit profile is rated as BB- with a Stable outlook by S&P.

As local banks face capital constraints due to high credit growth and largely being financed by loans from international financial institutions (IFIs), O'zsanoatqurilish Bank’s bond issuance is expected to bolster its balance sheet and allow it to more sustainably grow its business, easing off on the reliance on IFIs. Furthermore, O'zsanoatqurilish Bank is only the first of several state-owned banks expected to come to the market through debt offerings, with more expected in the coming several months. Following future Eurobond issues, the CMDA is likely to begin targeting development of the domestic corporate bond market, which is nascent at present.

As privatisations through the stock market accelerate and the corporate bond market beings to take shape, the Uzbek capital markets are becoming steadily more dynamic.

Scott Osheroff is CIO of the Asia Frontier Capital (AFC) Uzbekistan Fund, which was launched on March 29, 2019. It aims to achieve long-term capital appreciation for investors by capturing the value and growth potential in the recently liberalised economy of Uzbekistan.