“A night that could have stopped the history of Ukraine,” Zelenskiy warns after Russia attacks Europe's largest nuclear power plant 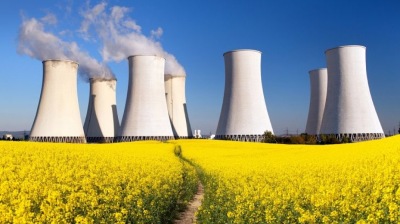 “We experienced a night that could have stopped the history of Ukraine and Europe,” Ukrainian President Volodymyr Zelenskiy said in shock after Russia attacked Europe's largest nuclear power plant (NPP) located at Zaporizhzhia in Ukraine on March 3.

The overnight attack by Russian forces on the NPP that was streamed live online shocked the world, raising the spectre of a massive nuclear catastrophe worse than Chernobyl, Zelenskiy said.

Russian military forces captured the Zaporizhzhia NPP on March 4, one week after taking the infamous Chernobyl NPP that sits in the north of the country, close to the Belarusian border.

Zaporizhzhia is located in southeast Ukraine and accounts for one-fifth of Ukraine’s power generation, providing electricity to 4mn homes. Ukraine claims that Russian forces deliberately fired on the power plant’s building themselves during the storming of the facility, in a reckless move that not only endangered locals, but could have caused a disaster that would have affected all of Europe and beyond.

In an extraordinary sign of our times, the assault was live-streamed to YouTube, reaching nearly 5mn views. 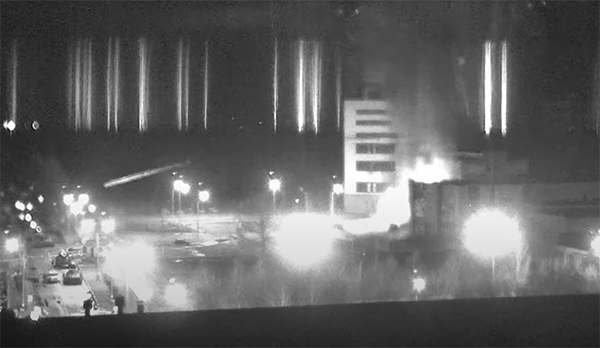 A fire was reported at a training facility adjacent to the plant, which Ukrainian authorities say was shelled by Russian troops.

An employee at the plant sent a Telegram message saying that there is a “real threat of nuclear danger,” as Russian troops attacked, the Guardian reported.

Ukraine’s Foreign Minister Dmytro Kuleba tweeted that the Russian army fired from “all sides'' upon the power plant and called for a ceasefire to allow fire-fighters to control the blaze. The fire was extinguished at 6.20am, four hours after Kuleba’s demand.

Authorities confirmed that all but one reactor had been disconnected.

The International Atomic Energy Agency (IAEA) reports that the Ukraine regulator has not detected a change in radiation at Zaporizhzhia and that the reactors were not damaged.

“It is a war crime to attack a nuclear power plant. Putin's shelling of Europe's largest nuclear plant takes his reign of terror one step further,” the US Embassy in Kyiv tweeted on March 4.

Zelenskiy announced he welcomed the investigation into Russian war crimes against Ukraine by the UN Human Rights Council and warned: “Russian war criminals will be held accountable.”

The capture of two Ukrainian NPPs has caused fear of the war's consequences spreading far beyond Ukraine.

British Prime Minister Boris Johnson declared: “The reckless actions of President Putin could now directly threaten the safety of all of Europe”.

Ukraine has a total of four functioning NPPs in addition to Chernobyl, which remains permanently offline.  A $1bn sarcophagus has enclosed the fourth reactor that blew up in April 1986. The other three reactors remain intact but are not in use and have no fuel rods. However, there are still significant amounts radioactive material inside the sarcophagus of reactor number four.

Chernobyl is situated in the far north of Ukraine right on the Belarus border and deep in occupied territory that immediately fell into Russian hands as the troops marched into Ukraine from Belarus.

Zaporizhzhia is the easternmost reactor and in the path of the Russian army that is advancing north from the Crimea and is close to the occupied territory that Russia has taken in the south of Crimea.

The other three reactors – South Ukraine, Khmelnytskyi and Rivne – are in the west of the country and on the wrong side of the Dnieper river, a major geographical barrier for the Russian troops. The river cuts the country in half and is 500m wide at its narrowest point. The Ukrainian army has already blown up the bridges that cross the river and cut many of the rail links in the east of the country, which will slow the Russian advance considerably. 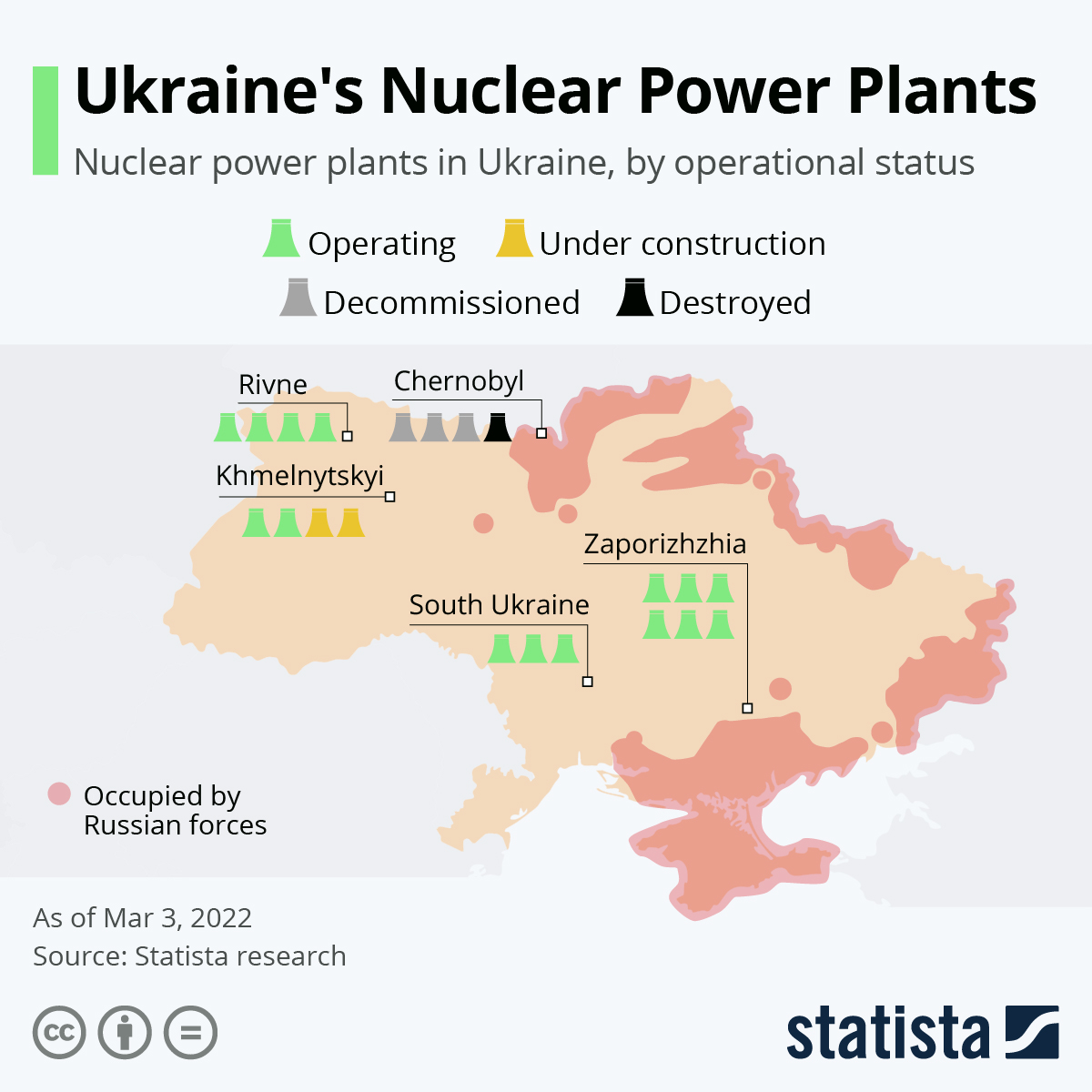 Although the Rivne reactor is 300 km west of Kyiv but still close to the occupied territories in northern Ukraine, that is also where the Carpathian Mountains are located, and the area will be much harder to take and hold, as Russia can expect a concerted insurgency in the more mountainous parts of Ukraine, which will be hard to crush. Eastern Ukraine, by comparison, is flat and home to the bulk of Ukraine’s grain production.

Of the other reactors, South Ukrainian NPP in the city of Yuzhnoukrainsk, in the Mykolaiv region, is most in danger of being captured by the Russian forces. It is 190 km northwest of Kherson, which the Russian Defence Ministry announced on March 2 had fallen to the occupying troops coming up north from their stronghold in Crimea. Yuzhnoukrainsk is about a three and half hour away from Kherson by car in normal times. 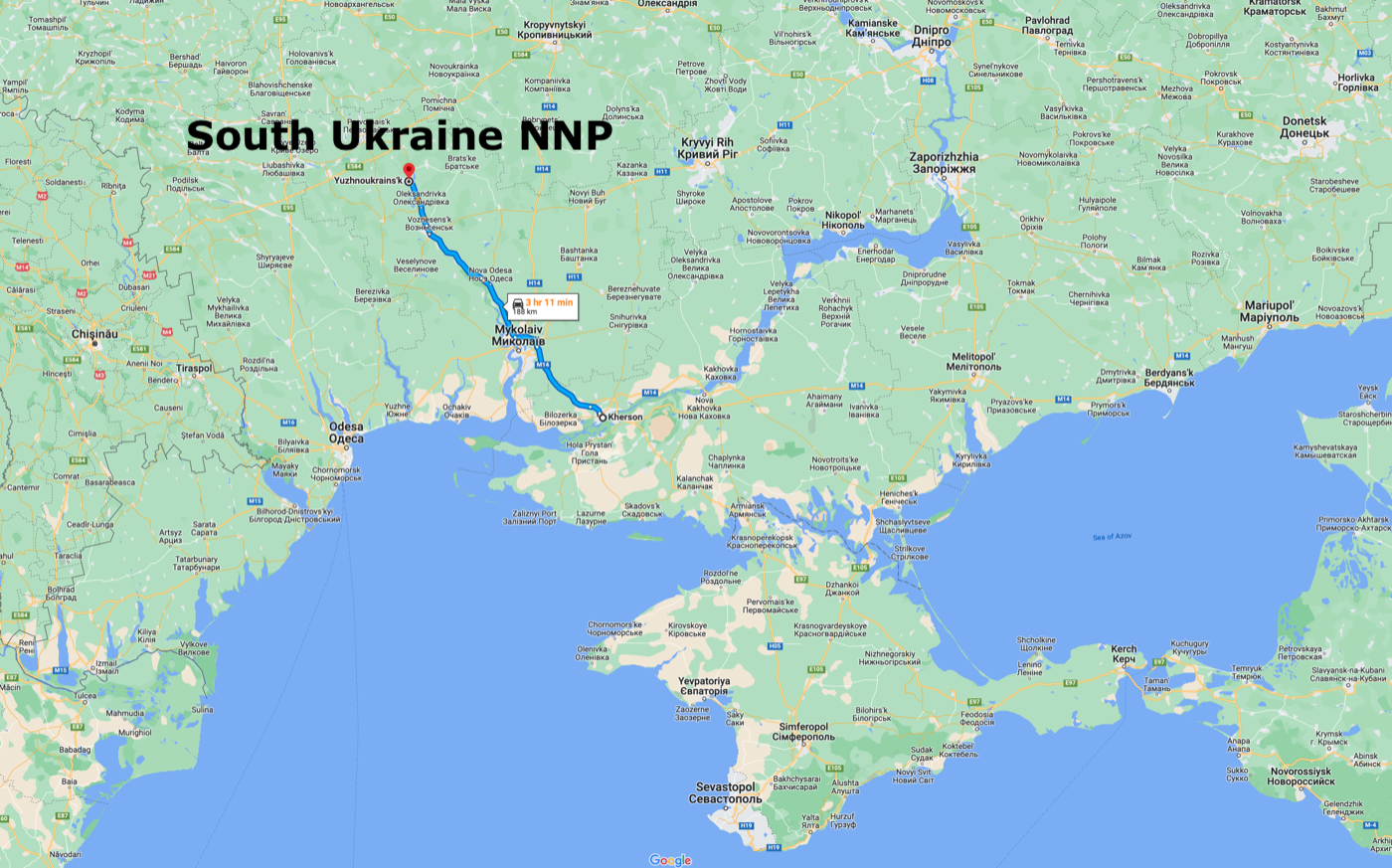 Khmelnitsky is 350 km southwest of Kyiv and located the furthest from the battlefields.

The good news is that all of Ukraine’s reactors have been upgraded to Russia’s latest technology and Russia currently builds some of the safest reactors in the world, which has led to a booming nuclear technology export business.

Chernobyl was the old Soviet-era RBMK reactor technology, which has been since phased out and replaced by the modern VVER-1200 technology that has multiple safety features built in, including protection from missile strikes and plane crashes.

A Russian VVER-1200 reactor is designed to withstand a direct hit by an aircraft weighing 5.7 tonnes at a speed of 100 m/s. Another new feature is that most reactors are housed on a concrete floor over a deep pit. They are designed so that if the reactor goes into meltdown it burns through the floor and drops into the pit as the roof and rest of the building collapses onto it, forming a sarcophagus. France has adopted a similar design, but not the US, where this design is considered too expensive.

Anti-regime protesters in Iran call for three-day economic strike
3 hours ago
Russian oligarch Mikhail Fridman arrested in London on money-laundering charges
5 hours ago
Bulgaria’s Borissov compares himself to Messi as he aims for comeback
6 hours ago
Kosovans accuse FIFA of double standards after reports of death threats from Serbia fans
15 hours ago
Turkey’s Syria, Iraq air strikes conducted with knowledge of Russia, US, says academic
1 day ago