YUGOSLAVIA 30 YEARS ON: Scaling back the state 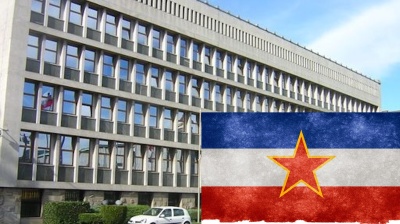 The ex-Yugoslav states have gone their separate ways but one thing they still have in common is the widespread and persistent belief of many of their citizens in the benefits of state involvement in the economy. This was reinforced by the coronacrisis that saw the role of the state increase, but post-crisis efforts towards privatisation and a scaling back of the state are expected to resume.

The increased role of the state recently isn’t unique to the successor states to former Yugoslavia. The autumn 2020 Transition Report from the EBRD titled “The state strikes back” showed that the pandemic encouraged people to see an increased role for the state in a more positive light. This was reflected around the world, not only in emerging Europe, as governments were forced to step in to support people and companies whose incomes were hit by the pandemic and lockdowns. Even before the pandemic, the experience of the international economic crisis had led to a shift in sentiment, with a growing number of people supporting the expansion of state ownership.

What sets the former Yugoslavia apart from other parts of the emerging Europe region is the gradual approach to privatisation and economic liberalisation since the start of the transition period. Slovenia, for example, started the transition in a strong position as the richest post-socialist country in per capita terms. Rather than follow the example of “shock therapy” set by Poland, Ljubljana adopted a very gradual strategy, with the state remaining an important part of the economy. A similar approach was taken by other ex-Yugoslavia states after the wars of the 1990s were over.

While noting that there is “quite a bit of diversity among the successor countries, especially between Slovenia and Croatia, which are in the EU, versus the other five”, the legacy of the socialist era remains "quite strong”, Peter Sanfey, deputy director for country economics and policy within the EBRD’s Department of Economics, Policy and Governance, said in an interview with bne IntelliNews.

“The EBRD is now 30: we’ve learned that transition can take a long time, and legacy effects don’t disappear in a few years. They can last for decades, as they have in some cases in former Yugoslavia,” Sanfey said.

“In the economic sphere it shows through in a still quite a high degree of state ownership. There is still a sense that the state should be supplying key services and dominating key industries, and younger people are still keen to work in public sector jobs because they see that as a good, solid career with lots of benefits.”

As an example, Sanfey cited the latest Life in Transition survey by the EBRD and the World Bank which shows that citizen of some of the countries in the Western Balkans are the most likely across emerging Europe to believe that “political connections” are the key to success in life — for example by getting a secure job within the state apparatus. 46% of respondents from North Macedonia chose “political connections” when asked what they thought were the most important factors for success in life in their country. “Although this striking figure has slightly decreased since 2010, it remains the highest across the whole of the transition region,” said the report. Bosnians were second, with 45% picking “political connections”.

This meant politicians have had to proceed cautiously when preparing state-owned enterprises for privatisation. “There has been a very gradual shift in terms of reducing the role of the state. Privatisation been more hesitant in some former Yugoslavia states than some Central European countries, but they were advancing,” said Sanfey.

Croatia, for example, had a privatisation push as it pursued EU accession (it was the last country to date to join the union in 2013) which involved taking painful decisions such as on the privatisation of its shipyards. During the last crisis, Slovenia nationalised several troubled banks, including the country’s largest bank NLB, later going on to re-privatise them, a process that sparked popular opposition. Serbia has been working to restructure major state-owned enterprises in the last few years, with a view to privatising at least some of them.

Many such plans were put on hold by the coronacrisis, although as bne IntelliNews reported earlier this year, the authorities in North Macedonia are determined to go ahead with plans to sell or find a private partner for several loss-making state-owned enterprises, among them the national postal operator, Post of North Macedonia, Railways of North Macedonia-Transport, and thermal power plants TPP Negotino and TPP Oslomej.

“During the crisis the emphasis has been on crisis management with the state having to step in to help households and firms. We will see how this plays out in the post crisis period, but I would expect when things return to normal we will continue to see further movements in the direction of the state stepping back,” said Sanfey.

“Ultimately, there is no real alternative for these countries. I think there will be a renewed effort to attract more investment and try to tackle some of the persistent business climate problems.”

Such issues will have to be tackled in the poorer states in the region that are seeking EU membership if they are to catch up with the bloc, which is expected to take decades.

“For the Western Balkans as a whole, we would see the question of convergence with the average EU GDP per capita as a question of a generation and more rather than years, even under an optimistic scenario,” said Sanfey.

The performance of countries across the region since the start of the coronacrisis has varied widely. Serbia entered the crisis on a strong footing, and the government extended several substantial support packages to the economy. After only a small dip in GDP in 2020, the economy was already back to the 2019 level in the first quarter of this year. By contrast Montenegro, heavily dependent on tourism and burdened by debt, is not expected to fully recovery even by the end of 2022. This will require the tiny country to be fiscally cautious for several years to come.

The EBRd forecasts output in the Western Balkans to grow by 5.1% in 2021 then moderate to 3.8% in 2022. This follows a strong performance in the opening months of the year and sustained fiscal stimulus. However, it notes uncertainty surrounding the future course of the pandemic, which weighs particularly on the outlook for tourism-dependent economies. Another risk, as noted in the bank’s Global Economic Prospects report published on May 29, is the extent of economic rebound in the EU, the main export destination for the region.

However, according to Sanfey, the temporary setback of the pandemic isn’t likely to set back convergence long-term. “We expect a reasonable recovery in the region in 2021-22. … I don’t think it’s really set convergence back that much under the assumption we won’t get constant waves of COVID-19,” he said.

The main risk of a longer-term impact is through the rise in indebtedness. “While debt sustainability is not an immediate concern, some economies will have less fiscal space to manoeuvre in the future without fiscal consolidation,” the EBRD’s Global Economic Prospects report said on June 29. Croatia and in particular Montenegro have high debt levels; while Croatia is expected bring down its debt as it pursues eurozone accession, Montenegro is still looking at ways to ease the burden of its debt to Chinese Exim Bank.

Old faces set to keep ruling Bosnia post-election
55 minutes ago
Georgia’s border clogged with thousands of Russian fleeing the Kremlin’s mobilisation
1 hour ago
Meloni won the elections, but her programme won’t make Italy the next Hungary
2 hours ago
More pain stored up for Emerging Europe in 2023
5 hours ago
Belarus Corruption Watch: How sanctioned Belarusian oligarch Mikalai Varabei’s family has managed to keep its real estate holdings in the EU
5 hours ago