Yandex.Taxi increases the pressure on its drivers with customer rating system 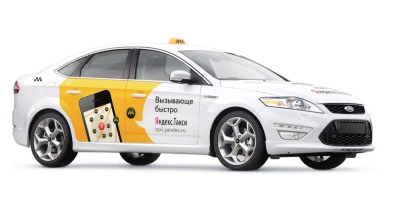 Customers of Yandex.Taxi can now see a picture of their driver on the app and read comments form other passengers
By Klemens Witte of Dialogue of the Civilizations in Berlin March 8, 2019

The competition in Russia’s online taxi hailing business has become cutthroat and the leading companies are looking for ways to distinguish themselves. For years, driving a taxi in your free time was a way for poor Russians to make a little money on the side, but since the advent of online hailing apps it is increasingly becoming a profession. The problem is that working for Yandex.Taxi is not a very good job.

Instead of holding out your hand and flagging down a random driver, as the Soviet-era system used to work, market leader Yandex.Taxi is making big efforts to increase the trust of riders in its cars. Innovations being introduced now mean passengers will now be able to see a high-resolution picture of their drivers on the app prior to boarding the car. Besides the car model, the number of rides given, and their rating, passengers will now be able to see the compliments that the driver has received from previous customers.

While this is good news for customers, Yandex.Taxi drivers might feel even more pressured. Their ranking, determined by customer feedback, determines pay. In a survey I conducted among Yandex drivers, some were concerned about the pressure during work, where customer behaviour was one of the most impactful factors. The newly introduced compliment section adds to existing pressure, because drivers feel obliged to do even more ‘socialising’ to continue to gain ratings, and thus orders, from Yandex.Taxi. The system uses a points system that favours the drivers with higher scores, who are sent more customers.

Another issue is that of ethnic discrimination. Many of the drivers are immigrants from Central Asia and the Caucuses, for whom driving a taxi is more lucrative and easier work than construction and labour jobs that many of their compatriots are forced to take. One of Yandex.Taxi’s competitors has installed a function that makes it possible to only chose drivers of ‘Slavic appearance’, which leads to the question of whether high-resolution pictures will lead to increased racial discrimination in choosing drivers. My study based on interviews with Yandex.Taxi drivers offers an in-depth description of their everyday life on Moscow´s streets.

Similar to the case of Uber in the UK, where a majority of drivers have a migrant background, half of the drivers interviewed in my study had a non-Slavic background. Some of these drivers have lived in Moscow for many years (some since the times of the Soviet Union), while others are newly arrived from one of the former Soviet republics.

The most important reason why so many migrants are drivers is probably explained by the low barriers to entry to work as a driver with the Citimobile, Gett, or Yandex apps. Russian citizenship is not required and most drivers need only attend a two-hour instruction course before starting work. It seems that, similarly to other countries, the ride-sharing platform Yandex is a handy tool for migrants to gain a foothold in the Russian labour market.

Yandex drivers in Moscow make similar complaints to those of drivers in OECD countries: low fares, bad customer behaviour, as well as a lack of support for drivers from the platform companies. However, distinctly different perceptions concerning working conditions – based on the realities of the local labour market – are evident among Moscow drivers compared to those of Uber drivers in the United States.

Most drivers say that the main stress factor in their work is the hectic traffic on the streets of Moscow and their responsibility for their passengers’ safety. An equally important factor concerns the behaviour of customers. Drivers believe that roughly 90% of passengers behave properly, while 10% do not.

While drivers complain about drunken, unsatisfied, or non-paying passengers and criticism of the low rates is also an often-expressed complaint, an intriguing category of complaints concerns Yandex.Taxi itself. Part of the issue relates to technical problems, like poor navigation and incomprehensible tariffs, which are mainly associated with the teething troubles of new technologies. Other problems though, such as poor treatment of drivers, a lack of support, and bonuses not being paid are more likely pointers to an emerging ‘platform business model’ that diminishes the rights of service providers.

Most of the interviewed drivers had been working as platform drivers for a short time. Many state that they do not know how long they will work with Yandex, indicating that Yandex has a high turnover of drivers. This phenomenon is well documented in relation to Uber, where many drivers leave during their first year and the retention rate has actually dropped to 4%. High-turnover rates may imply that drivers don’t see Yandex as a long-term opportunity, which could put the sustainability of this business model in question.

Some drivers complain about the high commission paid to Yandex. As Yandex has a flexible commission system, commissions vary during the day depending on a number of variables. Drivers stated that Yandex charges a commission between 21% and 25% of fares. Although Yandex.Taxi is not yet turning a profit, the commission charged is high in relation to the slim cost structure of a technology-driven company.

In line with testimonies from other ride-sharing companies, some drivers complained about the incomprehensible bonus incentives, fare prices, etc. Schemes are not only incomprehensible, but at times drivers felt cheated by Yandex.Taxi. Another complaint relates to technical support. Although some drivers said that they were helped by technical support from their taxi stand or Yandex, others expressed frustration about not being helped in difficult situations with passengers.

The gig economy and its discontents

In this regard, it is astonishing that one of the early promises of peer-to-peer sharing – to cut out intermediaries – has not been fulfilled. Not only is the platform company Yandex.Taxi taking high fees for its services, other intermediaries are also taking a slice of the drivers’ revenues. Although several drivers noted the advantages of support from the taxi stand despatcher, Yandex’ technology should not need any intermediaries.

This is similar to other parts of the ‘gig-economy’. In Amazon’s Mechanical Turk, work is highly automated by AI-driven management methods and staff costs are low. Moreover, intermediaries – workers with high ratings – are able to obtain the best paid contracts and distribute the work to lower rated crowd-workers, eating up revenues.

However, driver complaints differ from Western contemporaries in that they don’t tend to mention the benefits of an employee-friendly framework like sick leave, further training, permanent employment, or parental leave. Given the realities of the Russian labour market, drivers didn’t even think of those benefits as an option.

In countries that are not employee-friendly or that don’t possess a fully-fledged social system it seems that crowd-work is a viable alternative for many people, especially as a first step into the labour market for migrants.

This analysis indicates that the narrative of the destruction of good, insurable employment doesn’t apply in the Russian context because the number of well-paying, stable jobs that observe labour law regulation is simply too low to be a meaningful point of reference.

Klemens Witte is a research associate at Dialogue of the Civilizations in Berlin. He writes about economic questions, international relations, and policy-making. He holds a Masters in Political Science and Intercultural Communication (Martin-Luther-University Halle-Wittenberg), a second Masters in Baltic Sea Studies (Södertörns University College/Stockholm), and a postgraduate LL.M. in International Economic Law (Southwest-University for Political Science and Law/Chongqing and Martin-Luther-University Halle-Wittenberg). Klemens has worked in universities in Kazan, Moscow, Kaliningrad, Minsk, and Beijing.

MTS AI, the artificial intelligence arm of Russian telco MTS, is launching an international acceleration programme and venture fund to invest in AI startups across the world.

Span raised €13mn to fund its expansion in Croatia and abroad.

Softline, an international solution and service provider with Russian roots, is pursuing its international expansion with two deals announced this month.

Connections Consult to use IPO proceeds to pursue expansion in Romania and abroad.

In a first, US sanctions Russian crypto exchange linked to ransomware

The US Treasury Department has for the first time sanctioned cryptocurrency exchange, a Russian-based Suex that is registered in the Moscow City business compound and operates physical as well as virtual exchanges.

Russian mobile operator MTS to invest $100mn in AI startups across the world
1 day ago
Croatia’s Span starts trading after first IPO by local IT company on Zagreb exchange in 18 years
4 days ago
Russian Softline pursues international expansion in Baltic states, Belarus, Egypt
4 days ago
Connections Consult is fourth software producer listed on Bucharest's AeRO market this year
4 days ago
In a first, US sanctions Russian crypto exchange linked to ransomware
4 days ago