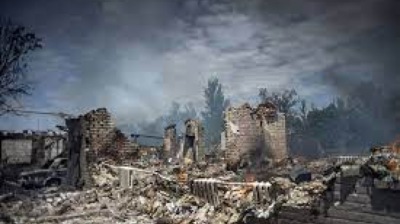 Russian President Vladimir Putin recognition of the Donetsk and Luhansk regions’ independence from Ukraine has brought down a torrent of international opprobrium within a few hours on February 21 and probably some harsh sanctions.

US Secretary of State Antony Blinken said in comments that the US would meet Putin’s decision with a “firm response.” Sanctions seem inevitable now and both UK Foreign Secretary Liz Truss and President Ursula von Leyen of the EU have promised to trigger sanctions as soon as February 22 following Putin’s decision.

“President von der Leyen and President Michel condemn in the strongest possible terms the decision by the Russian president to proceed with the recognition of the non-government controlled areas of Donetsk and Luhansk oblasts of Ukraine as independent entities,” von Leyen said in a statement. “This step is a blatant violation of international law as well as of the Minsk agreements. The Union will react with sanctions against those involved in this illegal act.”

Truss was even more outspoken. She took an extremely hard line during her recent trip to Moscow where she met with Russian Foreign Minister Sergei Lavrov, who gave her a chilly reception.

Truss said Moscow has shown a "flagrant disregard" for its commitments under the Minsk agreements, adding the move served as proof the Kremlin was opting for the "path of confrontation over dialogue". Truss confirmed an outline of "new sanctions on Russia" would come on February 22.

She added: "Tomorrow we will be announcing new sanctions on Russia in response to their breach of international law and attack on Ukraine's sovereignty and territorial integrity."

What is not clear is how significant any sanctions will be. In a disastrous press conference at the end of January US President Joe Biden made it clear that the US had a graduated sanctions plan that would impose proportional sanctions on Russia, depending on how significant Russia’s military incursions into Ukraine were. For example, in the “the sanctions from hell” bill the draft law says that “at least three” banks from a list of 13 candidates must be sanctioned if banks are sanctioned.

France and Germany have already indicated that they are inclined to go a bit easier on Russia. Putin called both French President Emmanuel Macron and German Chancellor Olaf Scholz before publicly announcing his decision to give both a chance to prepare for the aftershock. Both said they were “disappointed” with the decision but hoped that the end of the path of diplomacy had not been reached.

Macron called an emergency meeting of his Cabinet to address the question of what to do next. Macron wants the European Union to take proportionate and targeted sanctions against Russia for violating international treaties.

“President Putin delivered a historico-political speech that was accusatory (…) and mixed various considerations of a rigid and paranoid nature," a French presidential official told reporters, referring to Putin's comments on Ukraine earlier the same day.

As bne IntelliNews reported, Macron launched his own parallel diplomatic effort in February that switched the focus from a legal guarantee banning Ukraine from joining Nato to implanting the Minsk II protocols, which would have much the same effect. However, after both Macron and Scholz failed to persuade Zelenskiy to push ahead with implementing the agreement it seems that Putin has decided to turn the screw to force Zelenskiy into a crisis and get him over the line, although Macron’s effort also seems to have hit a brick wall.

Macron went “as far as possible” on the diplomatic path, the French official told reports as cited by AP, but still wants a planned meeting of Russian and French foreign ministers in Paris to go ahead on February 25.

Russia’s implacable foes in Poland and the Baltic states called for immediate and wide-ranging sanctions to be imposed.

In a joint statement, Rinkevics and Latvia's president and prime minister called on the international community "to take the strongest possible measures to stop Russia’s aggression and offer assistance to Ukraine".

Separately, Estonia's president called on the EU to impose sanctions for what he called the "gross and unjustifiable trampling on international law".

"I condemn Russia's decision to extend recognition to the self-proclaimed 'Donetsk People's Republic' and 'Luhansk People's Republic'. This further undermines Ukraine's sovereignty and territorial integrity, erodes efforts towards a resolution of the conflict, and violates the Minsk Agreements, to which Russia is a party," Stoltenberg said in a statement. Although Nato has no political power in the current dispute, Stoltenberg has repeatedly shown himself to be one of Russia’s most outspoken critics.

Biden also held an emergency meeting that concluded the US will move to prohibit US investment and trade with the self-declared republics of Donetsk and Luhansk in eastern Ukraine, the White House said following the meeting.

Underscoring the extreme criticality of the situation the UN Security Council set up a rare night-time emergency meeting only hours after Putin’s announcement to discuss the issue at the request of Ukraine. Ukraine’s president, Volodymyr Zelenskiy, sought to project calm, telling the country: “We are not afraid of anyone or anything. We don’t owe anyone anything. And we won’t give anything to anyone.”

Russia announced that it would send in “peacekeepers” to the regions to ensure stability and security in what is the first time Russia officially is admitting to sending its regular army servicemen into the breakaway regions.

Putin ordered his defence ministry to despatch Russian peacekeepers to eastern Ukraine's two breakaway regions, after he said Moscow would recognise their independence.

Russia has had its regular army deployed in the region since the outbreak of the conflict in 2015, but has vigorously denied the fact until now. The Kremlin has said that those Russian soldiers identified as being in the region previously, using their social media posts to geo-locate them, were there independently from the state and “on holiday.”

An official presence of Russian regular army is in itself a major escalation of Russia’s military involvement in Ukraine. But the Kremlin is hoping that the “purely defensive” nature of the “peacekeeping keeping” forces will give it plausible deniability of military aggression to prevent the imposition of the full package of harsh sanctions on Russia that has been threatened by the West should Russia invade Ukraine.

However, the chances of open military conflict have gone up a notch, as both the DPR and the LPR control only the municipalities of their respective towns, but lay claim to the whole of the Donbas region, much of which remains under the control of Kyiv. If they are to access their independence then they will have to push Ukraine’s servicemen back beyond the line of control and now they have Russian soldiers to support them.

In the coming days it will be clear exactly what territory the two “republics” lay claim to and the military action could escalate if they have extensive claims.

While the news media have warned that invasion of Ukraine by Russia “could come at any moment,” as bne IntelliNews has argued, Putin’s announcement is another card played in the showdown between East and West and more than likely an intermediate stage to a full blown war that no one wants.