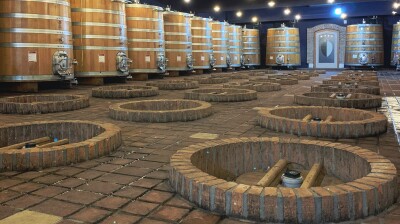 In the world of winemaking, Georgia is the OG of all OGs. A few years ago, researchers working at dig sites near the country’s capital of Tbilisi discovered 8,000-year-old earthenware jars that contained residual wine compounds, the earliest evidence of grape winemaking. Despite such a long and rich history, Georgian wine today is not well-known beyond countries like Russia, Ukraine, Poland, and Kazakhstan, all of which are some of the biggest importers of the stuff. Though winemakers in Georgia would certainly like to change that.

Global wine demand is growing. Meanwhile, traditional export markets for Georgian wine are reeling due to the war in Ukraine. Usually, Russia and Ukraine top the list of importers for the South Caucasian vino, but exports to the latter country essentially evaporated in the second quarter of this year. So far, shipments to Russia continue without major disruptions. Yet in August the chairman of Georgia’s National Wine Agency, Levan Mekhuzla, said that over the next five years Russia's share in wine exports – currently hovering around 60% – is planned to decrease to about 40%.

Besides Ukraine, the war has also tied up transport routes to other Central European markets, namely Poland and the Baltic states. Georgia, which lacks a deep-sea port on the Black Sea, relies heavily on land freight transport. Before the war, truck shipments to Europe passed through Russia and Ukraine, which took about ten days to reach places like Poland. But now shipments are diverted through Turkey, leading to long lines at the border and total travel times of up to a month or more, the owner of Telavi Wine Cellar, Zurab Ramazashvili, told bne IntelliNews.

Supply chain bottlenecks, coupled with the general effects of global inflation, are quite literally driving up the price and creating bottlenecks. Corks, labels, glass bottles – all of the ingredients that go into putting a bottle of wine on the store shelf or at the dinner table – have become more expensive. Yet as Ramazashvili says, at least for some wines, consumers may not have noticed any significant price hikes as winemakers try to absorb increased production costs so that buyers do not feel the pinch.

"Our customers are very sensitive to costs," says Ramazashvili. "So as a business, yes, we're making less money, but it's so that people keep buying our wine. We don't want them to go away."

Despite the shock to business earlier this year, most wine producers have managed to weather the storm by redirecting their product to other markets. The cumulative drop in total wine exports in 2022 has been negligible compared to previous years.

In the past, Georgian wine has shown resilience to external shocks: during the pandemic, exports to strategic markets, such as Poland, China, and the US, actually grew by 20% compared to 2019. Last year, total export revenues to these markets reached an all-time high of $49mn.

Nevertheless, wine exports by the end of this year are still expected to decrease, according to analysis by TBC Bank, followed by a steady rise in 2023 and around 9% growth in the following years. Taken together, this year’s wobbly and war-torn markets look set to deepen ongoing trends of market diversification among Georgian winemakers, something on which the industry spends approximately GEL10-20mn ($3.5-4mn) each year. 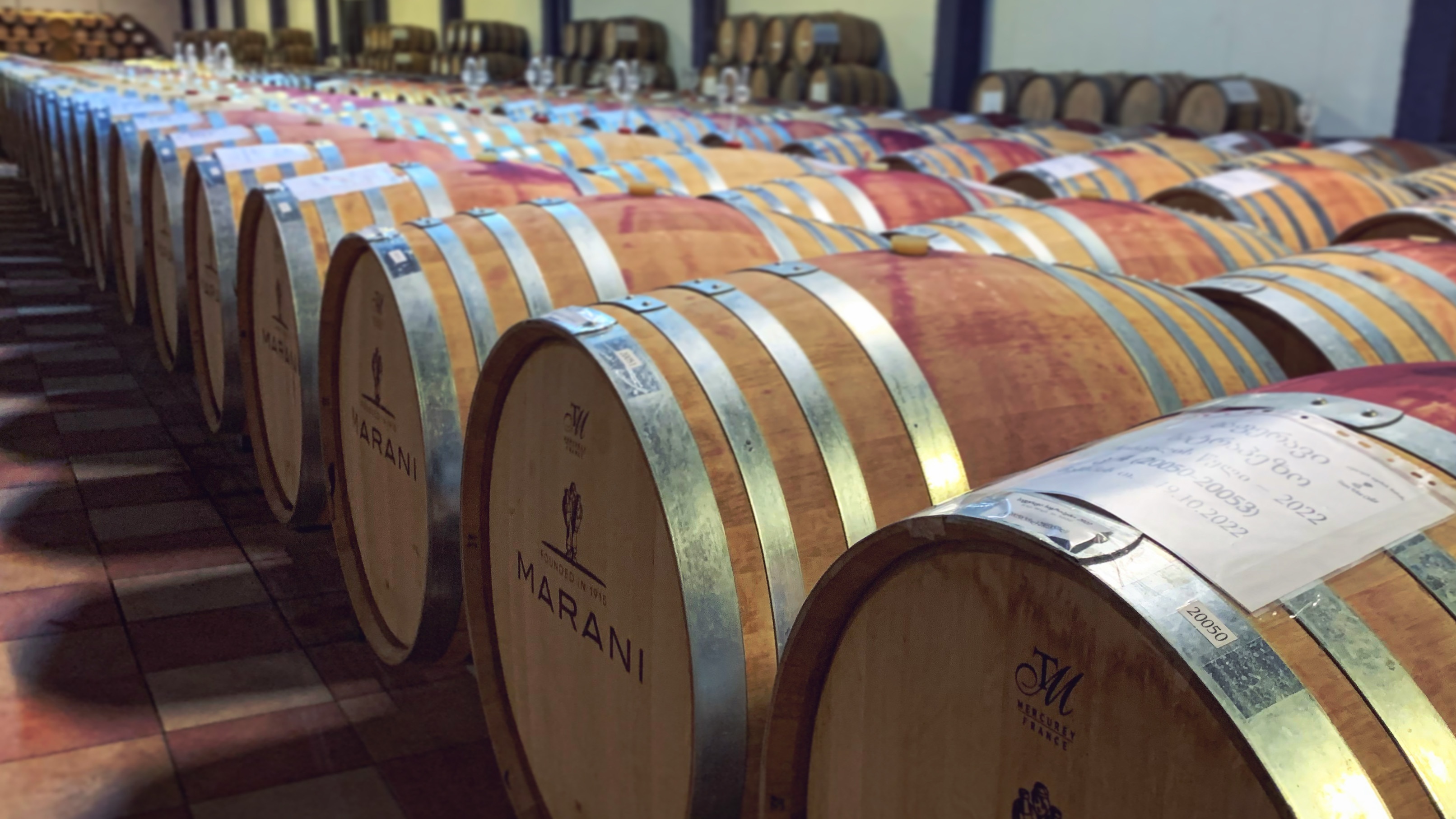 This is not the first time that problems with Georgia’s largest wine importer – Russia – have forced the country’s winemakers to rethink their business models. In 2006, Russian authorities placed an embargo on Georgian and Moldovan wines after they discovered that much of the wine imported from these countries were “falsified and failed to meet sanitary requirements,” according to the Russian authorities.

Wine production slumped in Georgia and producers started to look elsewhere for customers. But as the Tbilisi-based food and wine journalist, Paul Rimple, told bne IntelliNews, the quality of Georgian wine just wasn’t good enough for many more developed markets.

"The culture of wine drinking in Georgia used to be so different," says Rimple. "Someone would make an emotional toast and then you quickly down an entire glass in one go. Nobody ever thought about smelling, swirling, or savoring the wine."

When Moscow lifted its embargo in 2013, Georgian winemakers flooded the Russian market with new and improved flavors. But not long after, an economic crisis gripped Russia, as Western countries imposed sanctions in retaliation to its annexation of Crimea in early 2014. Wine production in Georgia dropped again.

Seeing the writing on the wall, Georgia’s wine industry redoubled its diversification efforts to hedge risks from its increasingly unpredictable neighbour to the north. Producers started purchasing their own vineyards to better control for quality. At the same time, government agencies and regulators got involved to help winemakers meet the demands and tastes of foreign markets.

Today, Georgian winemakers are hyper-focused on markets like Poland, China, and the US. Wine exports in 2021 reached a new all-time high of $234mn. After Russia and Ukraine, Central European countries are now the largest importers of Georgian wine. In 2021, Poland made up 61% of the total share of imports for the region, followed by the Baltic states at 38%. Meanwhile, exports to China – with which Georgia has a free-trade agreement on wine imports – are gradually on the rise, making up 7% of total exports for Georgian wine.

Although wine is important for Georgian international trade – making up 6% of the country's total trade exports in 2021 – among the top 20 wine exporting countries across the globe, Georgia ranks just number 14.

Geography is a major limitation for expanding market reach. Georgia covers just 69,700 square kilometres and much of its terrane is mountainous. As the commercial director of Askeneli Winery, Alexander Vashalomidze, told bne IntelliNews, a single winemaking facility in some South American countries might produce as much as half of all wine produced in Georgia. “Competing with New World wines is tough because they produce so much for so cheap,” said Vashalomidze.

Unable to physically churn out as much product as New World wine countries, but also lacking (to be sure, unjustly) household name recognition of Old World wines, Georgian producers are searching for a niche between the two, at least in terms of price. For most consumers, Georgia wines are still new and even somewhat quirky. This is where better marketing can make a difference.

Wine exporters are stepping up promotion strategies in their efforts to pivot to new markets. “We need to create knowledge of Georgian wine,” says Ramazashvili. “American investments went into Chile, they created this nice story about Chilean wine, and then markets opened up. Now look at Chilean wine today.” Winemakers are increasingly inviting foreign journalists and bloggers to their facilities to spread the word about Georgian wine.

Building the Georgian brand will take time, but good progress is already being made. One of the big selling points producers are eager to highlight is that the South Caucasian country is home to more than 500 different grape varieties, an easy enough lure for wine snobs perhaps a bit bored with their French Merlots and Italian Pinot Grigios. Of course, marketing and advertising is not cheap. But as Ramazashvili says, Georgia has something that money cannot buy: “We have a great marketing tool – we were the first.”

OUTLOOK 2023: South Caucasus
EBRD invests record €13.1bn into its region in 2022
NEMETHY: Key economic and financial drivers to watch in 2023

The opposition Democratic Party filed a lawsuit against the law granting a concession for the National Park of Butrint.