Viber closes its office in Minsk 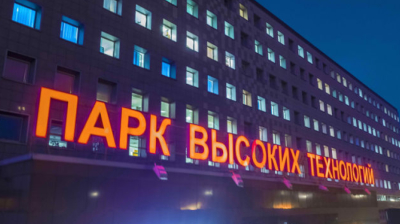 Over 300 IT CEOs have threatened to leave Belarus if Lukashenko does not end his violent crackdown on protests against his rule. Now the first big name has pulled out. Viber will close its Minsk office. / wiki
By bne IntelliNews August 23, 2020

Japanese-owned tech company Viber has closed its office in Minsk, saying it can’t work in a repressive country, as Belarus' self-appointed President Alexander Lukashenko cracks down on mass protests against his 26-year-long rule.

Belarus has a world-class IT sector that generated $2bn in revenue last year and accounts for c10% of GDP. As industry participants told bne IntelliNews in a recent podcast, the industry is the jewel of the economy and continues to grow at over 30% per year.

But the crisis in Belarus is threatening the business. As bne IntelliNews reported, over 300 IT sector CEOs have already threatened to close their Belarusian operations and move to adjacent countries unless Lukashenko ends his repressive and violent attacks on the population. The city of Kharkiv in Ukraine has already offered Belarusian engineers a lucrative relocation package if they want to leave the country.

Now the first high-profile resident of the high technology park (HTP) in Minsk has left. The leadership of the Japanese corporation Rakuten, which is an HTP resident and owns Viber, has decided to close its office in Minsk, reports forbes.ru.

Rakuten CEO Djamel Agaoua expressed concern over the situation in Belarus. The head of the company noted that armed men broke into Yandex and Uber offices. As as result, the company decided to evacuate the Viber office for safety.

“Two of our employees were arrested. The father of one of our employees was also arrested. All three were arrested for no apparent reason. Our lawyers are now working with these people, it’s impossible to understand why they were arrested. They didn’t even protest. One was just near the place where the others were arrested and he was taken in with the others. Another was an observer at the polling station. He asked some questions to the polling station management and 20 minutes later he was arrested. And in this situation of fear, it’s hard to make the right decision to understand what’s going on,” said Djamel Agaoua, CEO of Rakuten.

Many companies, including Rakuten programmers, have been working remotely due to the coronavirus. Of the 120 employees in Minsk, only 20 were permanently in the office.

“I shouldn’t express my opinion about the president, authorities, political situation, because I’m not an expert. But Viber was affected by the brutality we saw. We are victims of this violence. Again, one of our employees is in hospital. We think of him because he was not violent, he was not dangerous to anyone when he was arrested. The only thing we want is an end to the cruelty. And we want a normal dialogue between people and authorities, this is the only thing we want for the Belarusian people,” said Agaoua.

According to Agaoua, some heads of IT companies have already stated that they’re leaving Belarus. It means that investment in the country will be reduced.

“We do not vote in Belarus; we do not engage in politics. But we are against cruelty and against fear. We do not want our people to live in fear. I have already said it, but I repeat it, because I do not want you to drag me into politics. We are incompetent in this matter. We can’t invest in a country where people live in fear. It is impossible.”