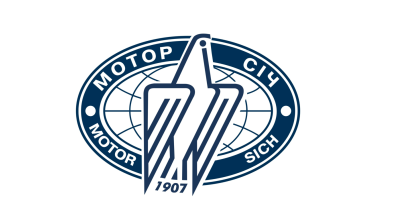 Chinese investors are trying to buy Ukraine’s leading aeronautics producer Motor Sich but face stiff opposition both in Ukraine and from the US government / wiki
By Ben Aris in Berlin October 5, 2020

Ukraine has to make a cardinal choice when deciding whom to sell its Motor Sich engine maker to: does its future lie in the west with US and European partners or in the east with Russian and Chinese?

That’s the opinion of the outgoing CEO of state-controlled arms producer Ukroboronprom and one of the few reformer voices left in the government, Aivaras Abromavicius.

Abromavicius has been an influential voice opposing ceding the company to Chinese control. He told Bloomberg: “A fight is underway for which vector of development Ukraine will take, western or eastern.”

The former Economics Minister under former President Petro Poroshenko, Abromavicius caused a political crisis by quitting, complaining of rank corruption in the Poroshenko government. He has now quit again from Ukroboronprom and is awaiting Zelenskiy's approval of his resignation.

The government has been negotiating with Chinese investors that want to buy the iconic factory that will give it access to advanced and military-grade technology.

Japan’s Nikkei business news site highlights the military value of Motor Sich. “While Wang [Jing, a key shareholder of Skyrizon] is bidding for Motor Sich as a private businessman, Beijing has been keen to upgrade China's engine manufacturing capabilities to support its ambitions for production of world-class military and commercial jets as well as missiles,” the Nikkei wrote in a detailed article: “Chinese tycoon takes fresh aim at Soviet-era engine producer.” The article quotes Douglas Barrie of London’s International Institute for Strategic Studies as saying: "The challenges of developing a high-end military turbofan engine are considerable, hence why only a small number of countries... have a national capability developed over the past six decades or so.”

That is why the US government has been trying to block the sale, but while putting up candidates to bid against the Chinese, it has failed to come up with a serious offer.

In August US Secretary of State Mike Pompeo called Ukraine President Zelenskiy, warning Ukraine not to go through with the deal to sell Motor Sich to “malign” Chinese investors.

With no serious Western buyer for Motor Sich on the horizon, Zelenskiy says Ukraine’s doors are open to Chinese investors. “Credit and investment, agro-industrial, machine-building and transport sectors should be mentioned among the priority areas of practical co-operation,” he said in a lengthy interview with Xinhua posted on October 4.

Skyrizon, subsidiary of Beijing Xinwei Technology Group, is pursuing a new, multi-prong strategy in its four-year bid to win control of Ukraine’s Motor Sich, one of the world’s largest manufacturers of aircraft engines and industrial gas turbines.

In September Skyrizon informed Ukraine’s Justice Ministry that it has started international arbitration, demanding $3.5bn in compensation after its deal with the government was scrapped over national security.

The Chinese say they have already invested $1bn in their bid for the company, only to encounter envoys from Ukraine’s ‘leadership’ demanding a portion of shares and $100mn in return for permission to exercise ownership rights. Wang says in a video message: “To gain a greater market share in the world's largest, fastest growing Chinese market, to gain a stronger position in it and gain development prospects, a company must formulate and implement a strategic medium and long-term development plan.”

Motor Sich’s business has been improving recently and reported a 16% year-on-year increase in net revenue to UAH4.7bn ($169mn) in 1H20. Its EBITDA surged 14x y/y to UAH1.5bn and its bottom line turned to positive UAH593mn in 1H20, from negative UAH426mn a year before.

"Overall, it's positive to see the company improve its fundamentals despite an ongoing conflict about its ownership, in which Chinese and American interests are involved," Alexander Paraschiy, an analyst at the Kyiv-based Concorde Capital brokerage, said in a research note. "Meanwhile, the company’s shares remain banned from trading, with unclear prospects of resolving the issue."