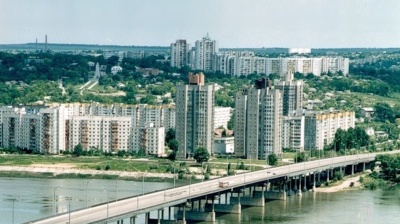 The metallurgical plant at Ribnita (pictured) is one of the most modern metallurgical enterprises in the former Soviet Union, with capacity to produce about 1mn tonnes of steel. / pridnestrovie.net
By Iulian Ernst in Bucharest May 7, 2019

Moldovan Prime Minister Pavel Filip has reportedly contributed to taking the Moldovan Metallurgical Plant (UMM) located in Ribnita in the separatist republic of Transnistria, out of the list of enterprises subject to Ukrainian sanctions, Infotag.md reported quoting an investigation carried out by the RISE Project.

UMM is one of the largest taxpayers and foreign currency earners in Transnistria. It used to import scrap iron from Ukraine, while it exports steel to Moldova, Turkey and the Netherlands.

“On May 14, 2018, President Petro Poroshenko included UMM in the list of sanctions for a period of three years, but on March 19, 2019, the Ukrainian leader issued a decree with an updated list of legal persons subject to sanctions, where, instead of UMM, the company “Novastal prim” in Chisinau was mentioned,” the investigation says.

RISE Moldova says that its reporters consulted the copy of Filip's letter of March 7, addressed to Poroshenko and Ukrainian Prime Minister Volodymyr Groysman, in which he called for the removal of UMM from the list of sanctions and the “examination of the problems related to the activity of UMM and finding solutions for unlocking the activity of this important economic unit.”

The investigation says that the head of the Moldovan government requested “a reduction of the export duties, which in fact represents an administrative barrier to market access; the termination of the anti-dumping investigation against UMM as unfounded.”

The authors of the investigation write that: “UMM, like other companies in Transnistria, does not pay taxes or customs duties to the [Republic of Moldova] budget.”

Moldova’s prime minister refused to comment on the reasons for advocating in favour of lifting the sanctions against UMM.

In a comment by the former Transnistrian leader Evgheni Shevchuk to RISE Moldova it is mentioned that "UMM is the second currency provider [in Transnistria], which is bought by APB [Agroprombank, which is part of Sheriff Holding].”

According to Infotag, the Moldovan Metallurgical Plant was included in the sanctions list at the end of May 2018 at the initiative of the Ukrmetallurgprom Association of Metallurgical Enterprises, which proposed a ban on the export of scrap iron from Ukraine due to local shortages. The president of the association, Alexandr Kalenkov, proposed banning the export of used iron to Transnistria, “because many strategic raw materials are exported to the unrecognised republic, where they are transformed into finished products and exported to the same markets we compete in.”

“In addition, Transnistrian enterprises are fully subsidised: both for natural gas (subsidised by Russia) and for electricity. In view of this, we cannot agree to export so much scrap iron to Transnistria,” he said.

Ribnita Metallurgical Plant was built in 1985 and remains one of the most modern metallurgical enterprises in the former Soviet Union. It has capacity to produce about 1mn tonnes of steel, which can be rolled in its own facilities as well. At the beginning of 2015, the plant was returned to Transnistrian state ownership. The former owner, Russian Metallinvest of businessman Alisher Usmanov, gave Transnistria the plant for a symbolic price, making a loss of $4mn. In 2018, the plant produced almost 502.9 thousand tonnes of steel and 497.9 thousand tonnes of rolled goods.