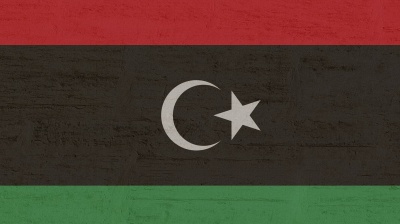 Egypt and Greece have denounced a deal between Turkey and Libya allowing Ankara to explore gas in Libya’s Mediterranean waters. The agreement is illegal and will be opposed by all means, they said in a joint statement on Sunday (October 9).

Following a meeting with Egyptian foreign minister Sameh Shoukry, Greek foreign minister Nikos Dendias said that the agreement threatens stability and security in the Mediterranean, charging that the Libyan authority in Tripoli does not have the necessary sovereignty over the area as their mandate has expired and its government does not have the legitimacy to sign agreements.

Last week, Tripoli-based Libya's Government of National Unity (GNU) and Turkey signed preliminary agreements to boost cooperation between the two countries that included potential energy exploration in maritime areas. The Benghazi parliament also said the agreements are illegal, as they were signed by a government that had no mandate.

Hours after the maritime border deal was announced, both Egypt and Greece challenged its legitimacy. Libya’s Tripoli-based PM Abdulhamid Dbeibah commented that he was not concerned with the positions of other states on the deal.

Libya and Turkey agreed earlier in 2019 to establish an economic zone sharing a maritime border, but the move angered gas producers Greece, Cyprus, Egypt and Israel who believed the deal violates their economic rights in an area suspected to contain vast natural gas reserves. The then deal made Turkey claim large areas of the eastern Mediterranean, angering France and its EU partners.

Turkey has supported the GNU under PM Dbeibah, whose legitimacy is disputed by the Libyan parliament, which backs an alternative administration.

Libya and Turkey have strengthened their ties in the past few months. Both countries signed a memorandum of understanding (MoU) in August 2020 to finalize 184 stalled Turkish construction projects in Libya estimated to be worth $16bn.

Libya was plunged into chaos after the Arab Spring in 2011 that ousted ex-dictator Muammar Gaddafi, and was split between rival governments – one in the east, backed by military commander Khalifa Hafter, and another, UN-supported administration in the capital Tripoli in the west.