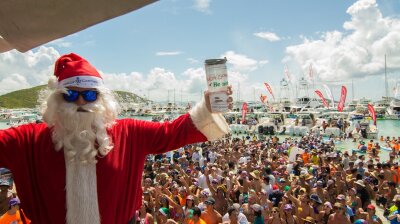 Christmas party time in the Virgin Islands.
By Akin Nazli in Belgrade January 18, 2021

Turkcell has neither utilised a loan granted by Turkey’s government-run Ziraat Bank for a company located outside of the country nor is it a direct or indirect party to the loan agreement, the company has said in a stock exchange filing, responding to recent media reports and commentaries.

Given the situation, the loan has no impact on Turkcell’s financial statements, the company added.

Turkcell has it right as the story on a $1.6bn loan extended by Ziraat Bank to a company in the Virgin Islands was first circulated in Turkish press on the basis of a regular state audit report issued by the Turkish Court of Accounts.

It has no connection with Turkcell’s legal corporate identity or with its operations or legal responsibilities.

The loan has gone into default, thus the Court of Accounts noted it in its report.

Karamehmet and Fridman have been in the international courts for an extended period due to disputes relating to their partnership in Turkcell.

The problem here is that Karamehmet’s stake in Turkcell is not worth $1.6bn when it is looked at in comparison to Swedish Telia’s recent sale of its Turkcell shares.

In June 2020, when the Turkey Wealth Fund (TVF) chaired by Turkish President Recep Tayyip Erdogan confirmed that it had bought Telia’s 24.02% indirect stake in Turkcell for $530mn in cash, bne IntelliNews noted that “analysts saw the price as low”.

Our story also read: “Cukurova will transfer its stake to TVF to cover Karamehmet’s debt to Turkey’s government-run Ziraat Bank, TVF said. So Karamehmet has $1.6bn worth of debt owed to Ziraat, but his Turkcell stake only amounts to 13.8%. There is no further information available on what is going on here.”

There are some open questions and it seems that they will remain open for the foreseeable future.