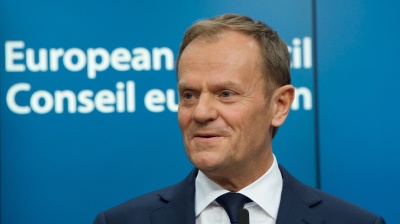 EU leaders said on October 3 that now is the "time to start accession talks" with North Macedonia and Albania after both countries did what were asked to do by the European Commission.

The EU decision is expected on October 15-17.

“If the EU is to uphold its international role and protect its interests, taking a step towards integrating those European countries that have expressed an interest and have fulfilled the requirements for starting the accession process will help achieve this,” the statement said.

The four leaders underlined that there will be a lot of hard work on reforms along the way and that membership will not happen overnight, but that both countries are aware of this.

In June, the European Council delayed the decision to launch membership talks with Skopje and Tirana but said they will go back to the issue no later than in October. North Macedonia has been a candidate country since 2005 and Albania since 2014.

On September 26, the German parliament gave the green light for launching EU accession negotiations with Albania and North Macedonia.

The decision by the German parliament is a major but not decisive step for both countries to obtain a date for the launch of EU accession talks, as France, the Netherlands and Denmark remain major critics of the enlargement process.

Law enforcers in Albania and Italy have arrested 37 members of an organised criminal group that trafficked large quantities of illegal drugs, said the European Union Agency for Criminal Justice ... more