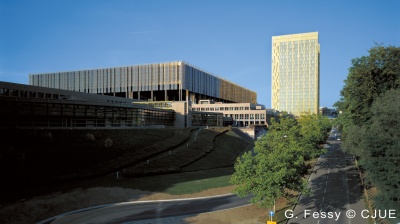 The European Union’s top court has ruled that Bulgaria must issue an identity document to a baby girl born in Spain to a same-sex couple from Bulgaria and Gibraltar in a ruling seen as historic by local LGBT organisations.

The ruling of the European Court of Justice (ECJ) concerns a married couple in which both women are recognised as mothers on their child’s birth certificate, issued in Spain where they live. However, Bulgaria does not recognise same-sex marriage and refused to name both as mothers in a national birth certificate, which is needed for the baby to get a Bulgarian – and hence an EU – identity document.

It added that such a document, whether alone or accompanied by a document issued by the host member state, which is Spain, must enable the child to exercise the right of free movement with each of her two mothers.

The court also noted that each EU citizen has the right to lead a normal family life.

“Since the Spanish authorities have lawfully established that there is a parent-child relationship, biological or legal, between S.D.K.A. and her two parents, attested in the birth certificate issued in respect of the child, V.M.A. and K.D.K. must, pursuant to Article 21 TFEU and Directive 2004/38, be recognised by all Member States as having the right, as parents of a Union citizen who is a minor and of whom they are the primary carers, to accompany that child when she is exercising her rights,” the court said.

In April, the Court of Justice of the European Union also ruled that Bulgaria should issue ID papers to the baby girl and recognise the parenting rights of her two mothers.