Traian Orban is not your average museum curator: unshaven and wearing clothes that might have been charity shop rejects, he points to a painting on the glass of a door: “These are demonstrators, wounded, with blood,” the Romanian says, in softly whispered English. “Look here,” he continues, pointing to another, all part of an exhibition, “They are in eternity: they died, and these, they are criminals: they are free.”

Orban, 71, fixes his eyes upon his listener, as if to check the message has sunk in, then excusing himself, hobbles up the corridor to welcome some Austrian visitors, in their native tongue.

For a man who looks like he might have slept the previous night in a haystack, Orban is an accomplished polyglot. And if it is not obvious, the Memorial Museum of the Revolution of Timisoara is not your average repository of history.

Indeed, it is unique, he claims: the “only museum in Romania” that seeks to keep alive and document the memory of the bloody 1989 revolution that toppled the communist dictator, Nicolae Ceausescu, who with his wife Eleanor and the Securitate, the feared, all-pervasive secret police, had exercised a rule of terror on the country for more than two decades. “It's our history, our heritage. We must never forget,” says Orban.

He certainly can never forget. Twenty-six ago years ago in December, Orban – then a vet on a state farm outside the city – went into Timisoara after hearing news of protests on Radio Free Europe, a US-backed opposition station. “On December 17, I came to look with my eyes at a real revolution, a revolt. There were many, many soldiers, with weapons, tanks, military technology. And many, many people. They were [shouting] 'Freedom!' It was amazing to [shout] 'Freedom!' together after 45 years of communism,” he recalls.

The protestors, heady with their newfound freedom, spent the daylight hours in unhindered euphoria on Timisoara's streets, but as night descended, the security forces opened fire: surrounded by bodies, blood and medical chaos, that night Orban found himself in hospital, one leg shattered.

Three weeks and one botched operation later, a volunteer Austrian medical team evacuated Orban to Vienna. “They saved my leg: the surgeon found a second bullet, a small one,” he says, indicating with his fingers. “Then I had to learn to walk again.”

After six months of recuperation, courtesy of the Austrian taxpayer, Orban was back home, semi-crippled, unable to work and surviving on a small state pension. He used his time to gather all the information he could on the events in Timisoara and across Romania in those tumultuous days of December 1989. “I began to collect everything about the revolution – documents, photos, movies, interviews, oral history, press, everything. I [wanted] to find evidence to organise a [prosecution] against criminals. Why did they shoot me?” he says.

Orban and like-minded friends founded the Association for the Memorial of the Revolution of Timisoara, and successfully campaigned for a series of monuments and a special cemetery for the victims of the protests.

In 1995, the association founded a centre for documentation and research. This received official recognition and some state funding in 2000, and moved into its current site, as a memorial and museum – in a former army barracks donated by Romania's defence ministry – in 2012. 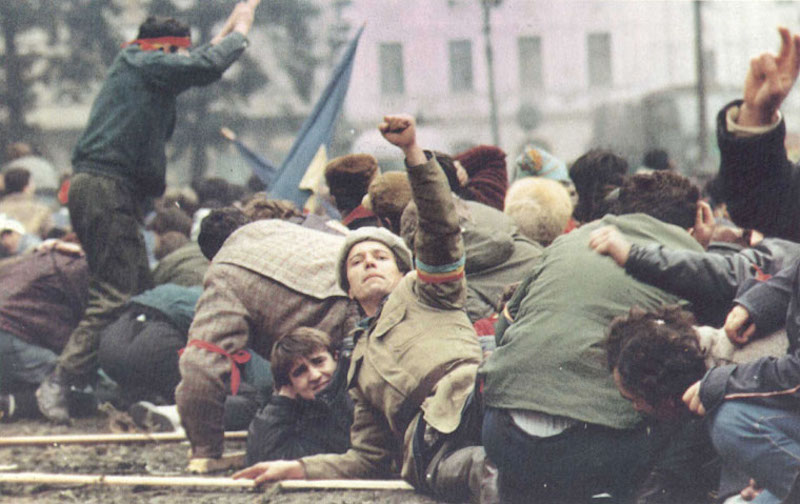 Ranked sixth on TripAdvisor's “Things to do” in Timisoara, the museum attracted some 7,500 visitors last year, a near three-fold rise over numbers in 2010. With a full-time staff of 14, it has “good relations” with leading universities around the region, including Vienna and Berlin, and regular visits by researchers eager to find first-hand evidence of the events of 1989.

Yet, in spite of the museum's increasing stature, Orban is impatient with progress: on the physical level, there is not enough money to fix a leaking roof; emotionally, he is dismayed by the lack of legal action for crimes committed during the communist era. Equally, he worries that Romanians born since the revolution have little knowledge of the damage and deprivation caused by communist rule, or of the sacrifice made by citizens desperate for change in 1989. “The new generation are informed here, if they come. We inform, every day, 20, 50 persons. But the media sometimes misinform a million in one day, through television,” he says.

After the documented misery of communist rule endured by the vast majority of Romania's 22mn citizens, this might seem unlikely, most especially in Timisoara, the cradle of the uprising. Yet, in a park 300 metres from Orban's museum, Marco Ghica, a 16 year-old Timisoara schoolboy, is hanging out with friends.

The Romanian revolution “changed a lot” because communism “affected peoples' lives, like restricting them from many interests and things,” he tells bne IntelliNews in fluent English.

But it was “a two-way [thing]”, since communism “was good for a country like Romania, because everything was controlled by the state, [so] the economy was very easy to control. There were only taxes and things to [levy],” Marco argues. All this meant Romania's economy was “one of the best in the world”.

And do youth today recognise his city's role in the revolution? “I like history, and that's why I know more about the revolution, but people my age don't know much. I know from my class a lot of them don't know the revolution started in Timisoara,” says Marco. “It's a sad thing. We need to know our country's history.”

Kremlin VTB bank to be hit by investor class action for seizing foreign shares
4 hours ago
US and Chinese slowdown will tip the world into recession, says IIF
3 days ago
NEO: Rising in the East, Setting in the West: Russia strengthens trade with Global East
4 days ago
Stagflation fears continue to rise
5 days ago
The economics of herding in Mongolia
6 days ago