THE MITTELEUROPEAN VIEW: Lockdown-reversal in Austria and its regional implications 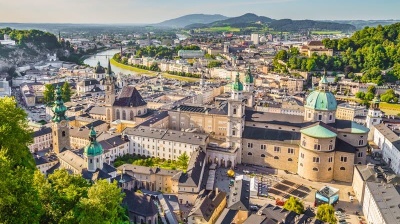 By Gunter Deuber of Raiffeisen Research in Vienna April 13, 2020

Austria has applied a drastic lockdown that has been in place for almost five weeks to contain the spread of COVID-19. The measures have been more restrictive than in some neighbouring and Western countries, and especially Germany. Now, starting this week, Austria is attempting a cautious and responsible return to some social and above all economic normality.

The easing of the restrictions will start with smaller non-essential shops, craftsman will be allowed to go back to work, and DIY stores to reopen. According to the plan, in two weeks’ time, larger shops will be allowed to open (with limitations on the number of customers per square metre), and from mid-May onwards, inns and bars may be allowed to reopen, and perhaps also schools.

If this two-week stage plan is successful, then Austria together with Denmark – and perhaps with some other Central European countries in tow – will send a social and economic signal of hope that the end of the ordeal everyone has been suffering is near.

It is important to emphasize: the basis has been laid for the experiment. The spread of the virus – apart from some communities in western Austria, where local mismanagement was evident at the beginning of the crisis – has slowed considerably.

Moreover, the immense economic costs of the lockdown have of course become increasingly obvious. A lockdown leads to a massive slump in private consumption. This is not the case in a "normal" economic crisis. On the contrary, here private consumption usually acts as a stabilizing GDP component, while investments and foreign trade collapse. According to the latest calculations, private consumption has even contributed 65% to the drastic decline in economic output in the last lockdown weeks in Austria (usually the GDP weight of private consumption stands at around 50% in Austria). In this lockdown period alone, annual economic output has fallen by -2.8%. These figures confirm internationally circulating estimates that each week of lockdown costs at least 0.5 percentage points in economic output. Half a year of lockdown - if this loss function were truly linear - would mean, according to these indicators, a GDP slump of about 15%. To that extent, a return to more normality in the coming 5-6 weeks could perhaps limit the economic slump in Austria to "only" 4.5% according to such figures until mid to end of May. If the lockdown is not lifted, the GDP slump would then amount to at least 7%.

The calculations outlined also indicate that a gradual easing of the restrictions will not lead to a significant economic recovery per se. Rather, it is more likely to succeed in limiting the economic downside risks. After all, not every loss in consumption really means that there is pent-up demand.

Much of the higher-priced purchases are not being made because of the general economic uncertainty and not because of the restrictions. If the labour market continues to deteriorate, for example, this does not mean that all purchases not made to date will be made once restrictive measures are lifted. This could be only expected in the second half of the year at the earliest - assuming a significant economic recovery when all monetary and fiscal support measures can take effect.

A small open economy such as Austria is critically dependent on social and economic normalization in neighbouring countries and trading partners. Without such that normalization, it will not be possible to revive cross-border supply and value chains. This applies to Central Europe, but also to German industry. In this respect, initial experiments in the national interest and on one's own - as is currently the case in Austria or Denmark - make sense in order to gain initial experience. Particularly since here too, much has been gained from the exchange of experience with countries in Asia, which were initially more successful in COVID-19 containment. Ultimately, however, joint and European coordinated solutions and international coordination are needed to stabilize economic life in Central Europe, as well as Europe as a whole, in a more sustainable way.

However, by its nature the cautious and responsible lockdown reversal in Austria is an experiment with elements of trial and error. For this reason, steps should be taken at two-week intervals to loosen up the situation, while evaluating whether this is justifiable. In this respect, however, it is also clear that such a social and economic opening-up does not necessarily have to be a linear process that follows a precise timetable. On the one hand, this is intended to create more confidence in society's future, but on the other hand, politicians must not gamble away the confidence they have earned in crisis management.

The ramp-up is a balancing act which, if successful, can also show that health interests and the interest in reviving overall economic development need not contradict each other. Moreover, it’s not just about economic gains, but also about the return to a liberal and differentiated society.

It will be particularly interesting to observe which countries around Austria in Central Eastern Europe – some of which very quickly declared a national state of emergency – will follow the liberal approach of opening up as early as possible in a responsible manner, and which countries or governments are more likely to accept measures that massively restrict the life of society as a whole and make the state very powerful. One can have doubts that Hungary will quickly follow the Austrian example. Slovakia could follow Austria rather quickly. And the Czech Republic is also already on an easing path.

All in all, Austria's Central and South-East European neighbours and economic partners will most likely closely follow the experiment currently underway in Austria. The relevant questions are here: What does loosen restrictive measures contribute to limiting the economic damage? What are the effects on consumer and general economic confidence? Did limited economic profits at the beginning justify the risk of opening up the society - or are there other calculations in the background?

CEE dealmaking back at pre-COVID levels in H1, says Mergermarket

HOMANS: Putin's Epistle to the Ukrainians
4 days ago
Perspectives | Blame it on Russia? The danger of geopolitical takes on Georgia’s far right
11 days ago
COMMENT: Uzbekistan will have to host Afghan refugees in the near future
11 days ago
STOLYPIN: Putin’s cybercrime challenge
12 days ago
ING: Russian inflation hits 6.5%, and can go higher
16 days ago